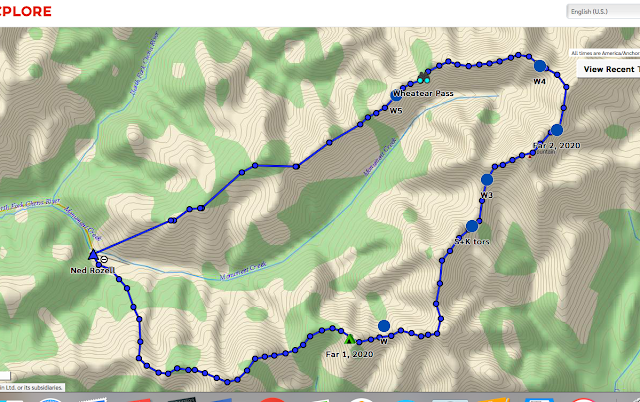 Here's the hiking course. About 30 miles, up and down 16 domes. Just a half-dozen water holes. 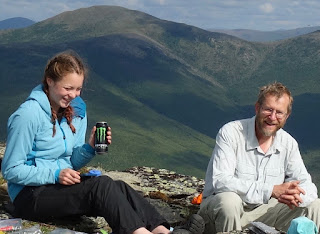 Hiked the first eight miles with Lucie Meyer, who earned her Monster, and Tom Paragi, as well as Tom's wife and Lucie's mom Sarka, and Kerry Walsh.

Kerry, left, and Sarka have been friends since their kids were munchkins. They say yes to every outdoor outing. 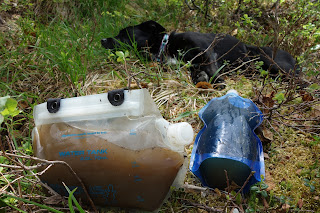 Water is hard to find on the ridgetop traverse. When we camped the first night with water we had carried up, Sarka had a feeling there was water in the next steep drainage. After the crew hiked back to Chena Hot Springs, I descended into the mosquito woods and found a spring. I dug out enough room to dip my water bottle and extracted a few quarts of chocolate milk.

Sarka told me about a mushroom rock ahead. A genius friend told me it's a yardang. That's a landform -- in this case a granite tor -- shaped by wind. 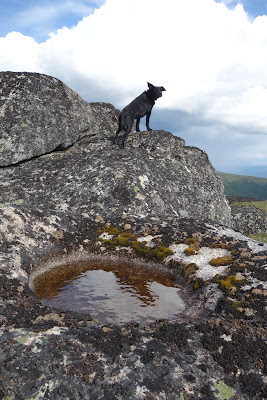 A nice feature of this field of tors near the summit of Far Mountain are a few eroded basins that hold water from thunderstorms. Like all the other water sources, I found this one when Cora started lapping it. 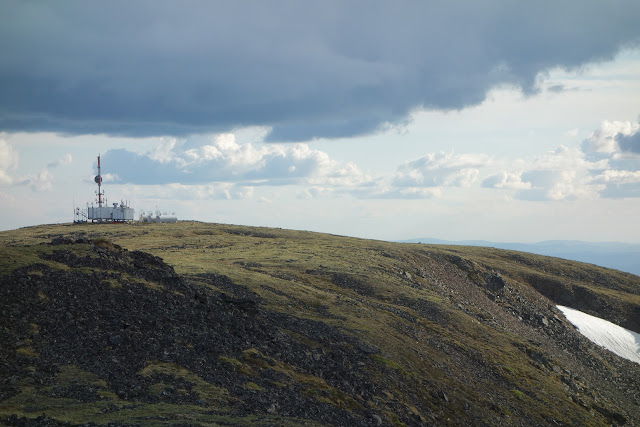 The summit of 4,694-foot Far Mountain is indeed far away from anything. Except this communications facility, its three large diesel tanks and perpetually running generator. 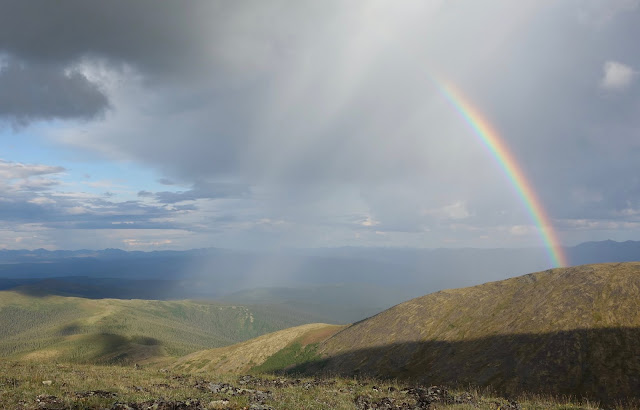 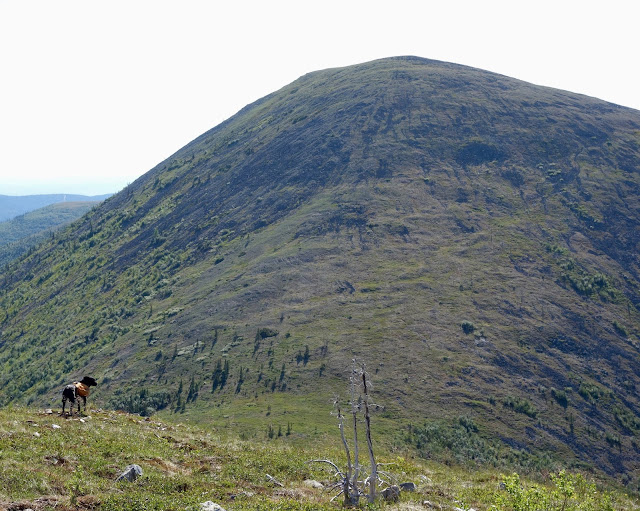 Dome after dome. Did I mention there are 16 of them? In his excellent Outside in the Interior, Kyle Joly mentions 14,000 feet of elevation gain on this loop. It's like doing a Colorado Fourteener, without the people. 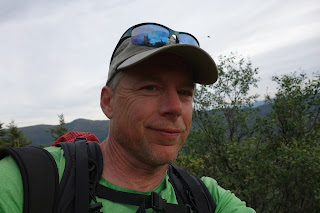 At the end, I was cooked. Cora too. I wouldn't let her drive home.

A yardang! I love that table tor, it is neat to know how it formed.

Jay and Tom did the Far Mountain Traverse in one day! Hear my applause.

Dang! So, that's a yardang! Amazing that the wind can do that. Shows you what's possible with persistence.

Awesome photos, Ned! Sorry I couldn't join you. I've done this as a day trip (training for the AC 50) and as an overnighter. A day trip is hard but fun. Still, I like waking up out there.