Shishmaref to Nome on skis 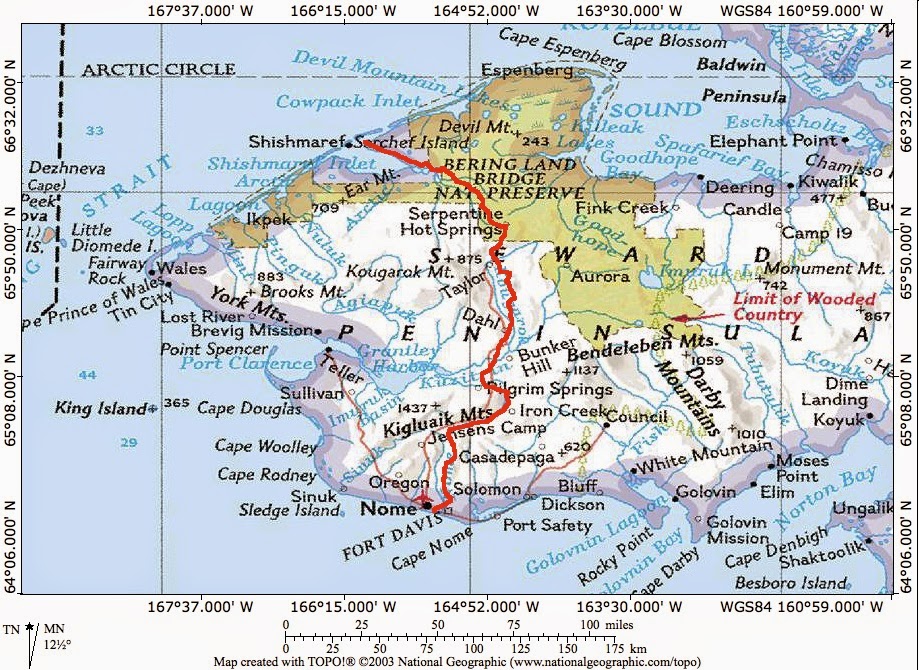 Seven nights, eight days, about 200 miles of raw country on skis that will never talk to us again. 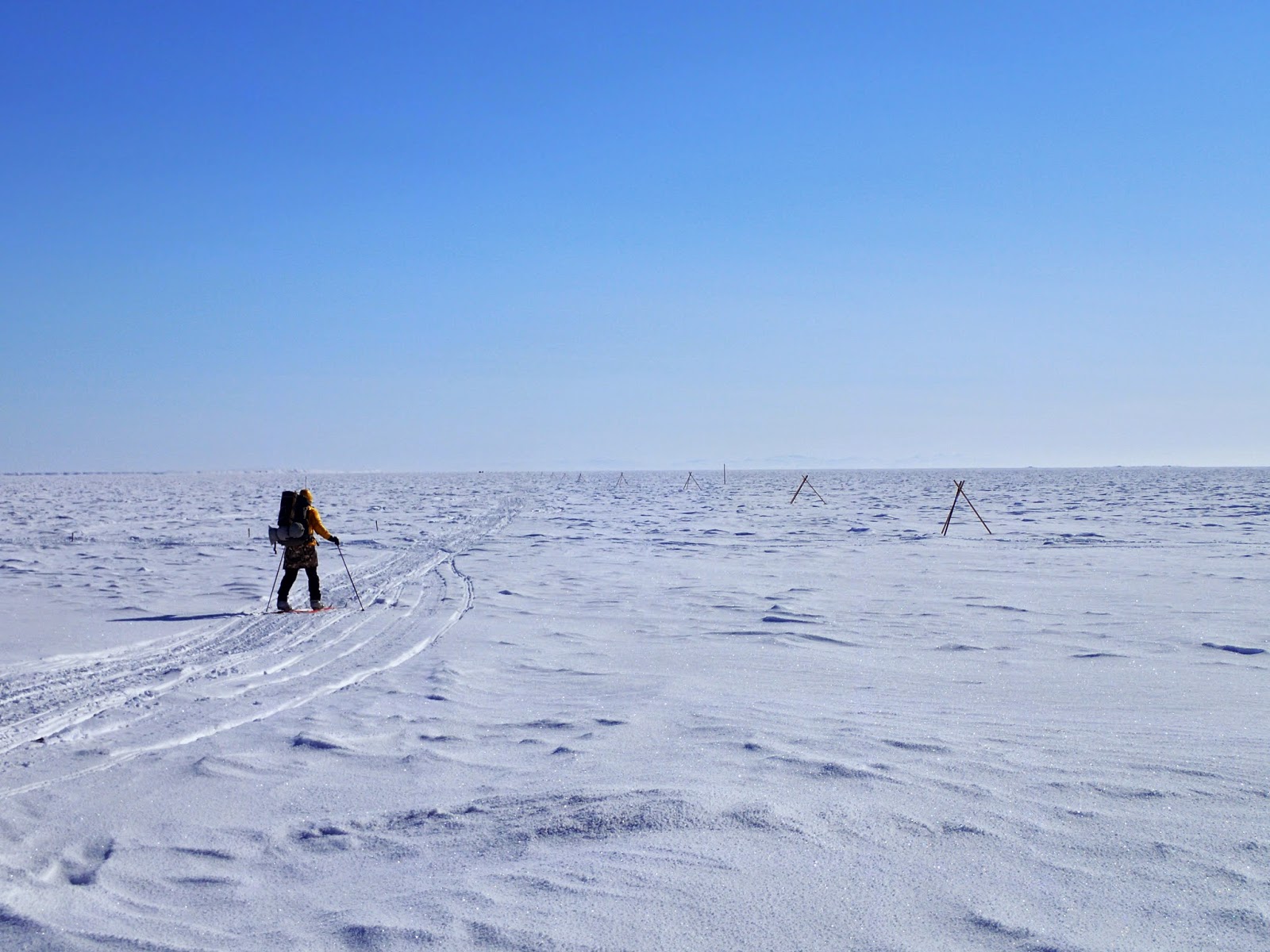 Sea-ice skiing on Shishmaref Inlet after a flight from Nome and a 1/2-mile guide from the airstrip to the tripods by Ken Stenek. Ken is a teacher from Shishmaref who also saved our asses by giving us the combination to his cabin, 20 miles out. We had planned on going 30. No way, Jose. 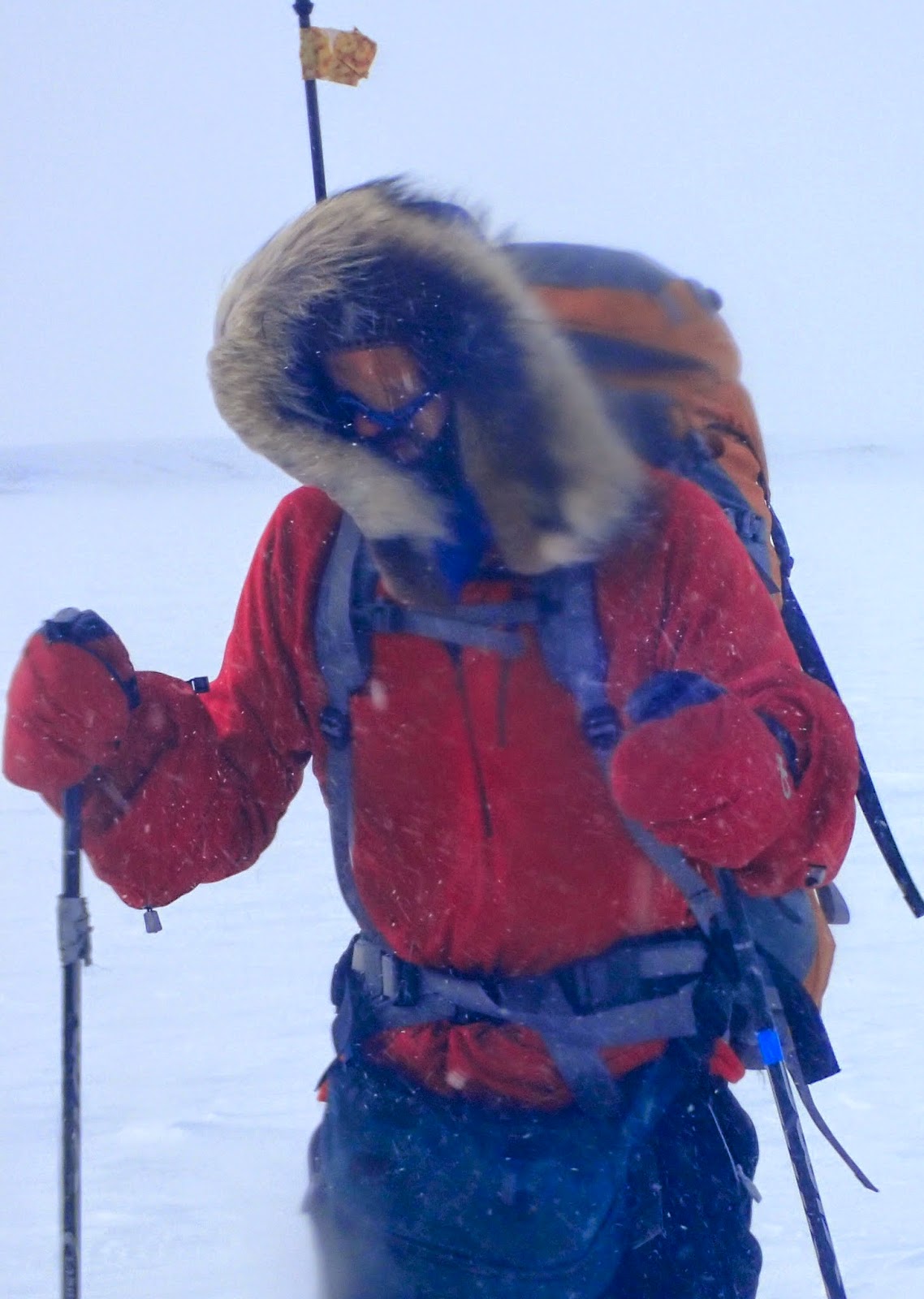 Eddy Plumb, who called the trip. He likes hot springs and covering new ground. He doesn't like wind. But at least he had a ruff. 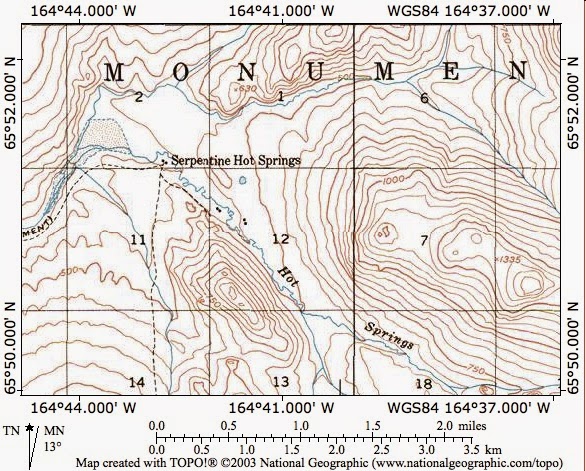 First hot water was Serpentine, about 50 miles and a couple days from Shishmaref.

Our approach on a day Shishmaref people were talking about the wind. Flights there cancelled a day after we landed. We were farther inland so it wasn't so bad despite the lenticulars. Mystical. 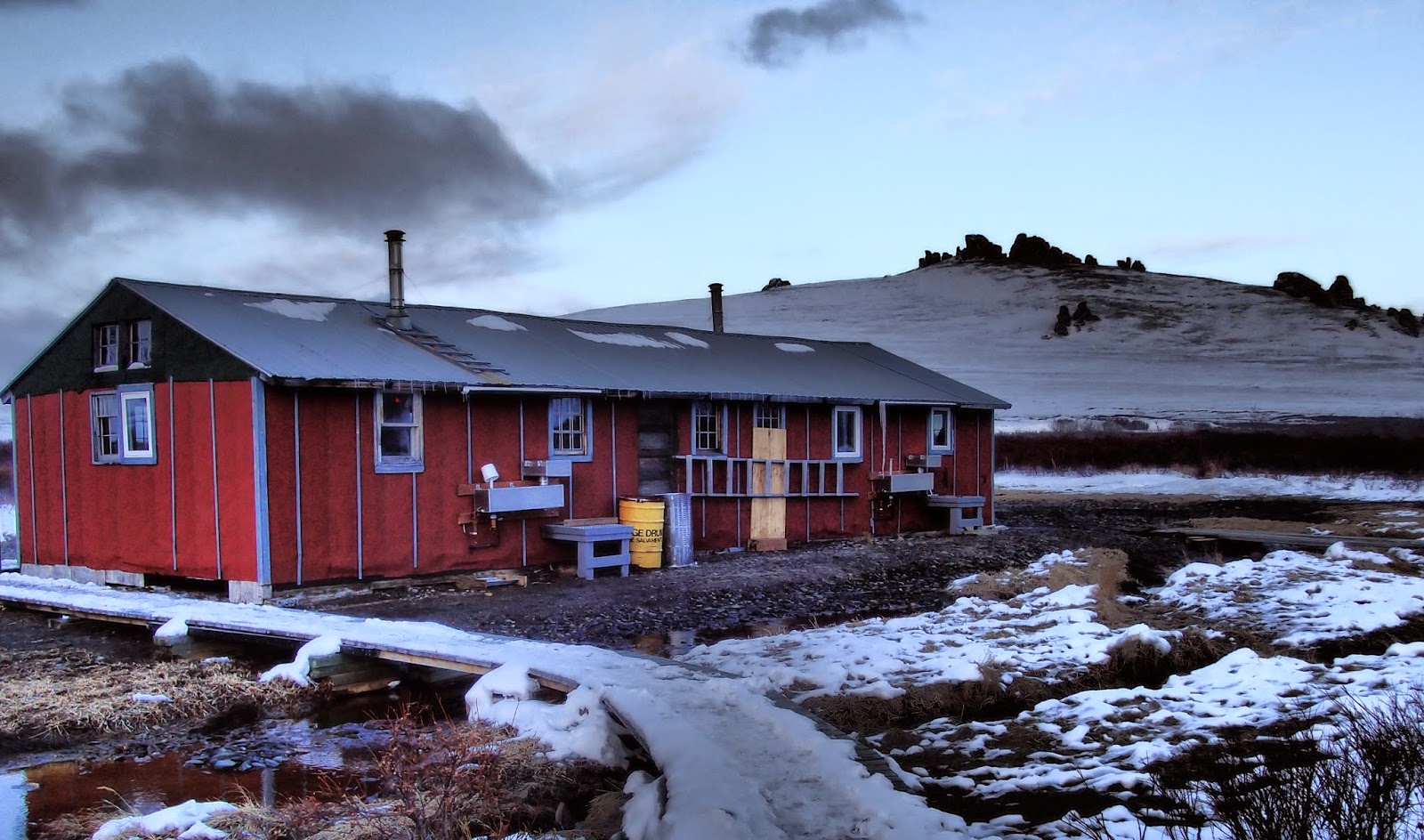 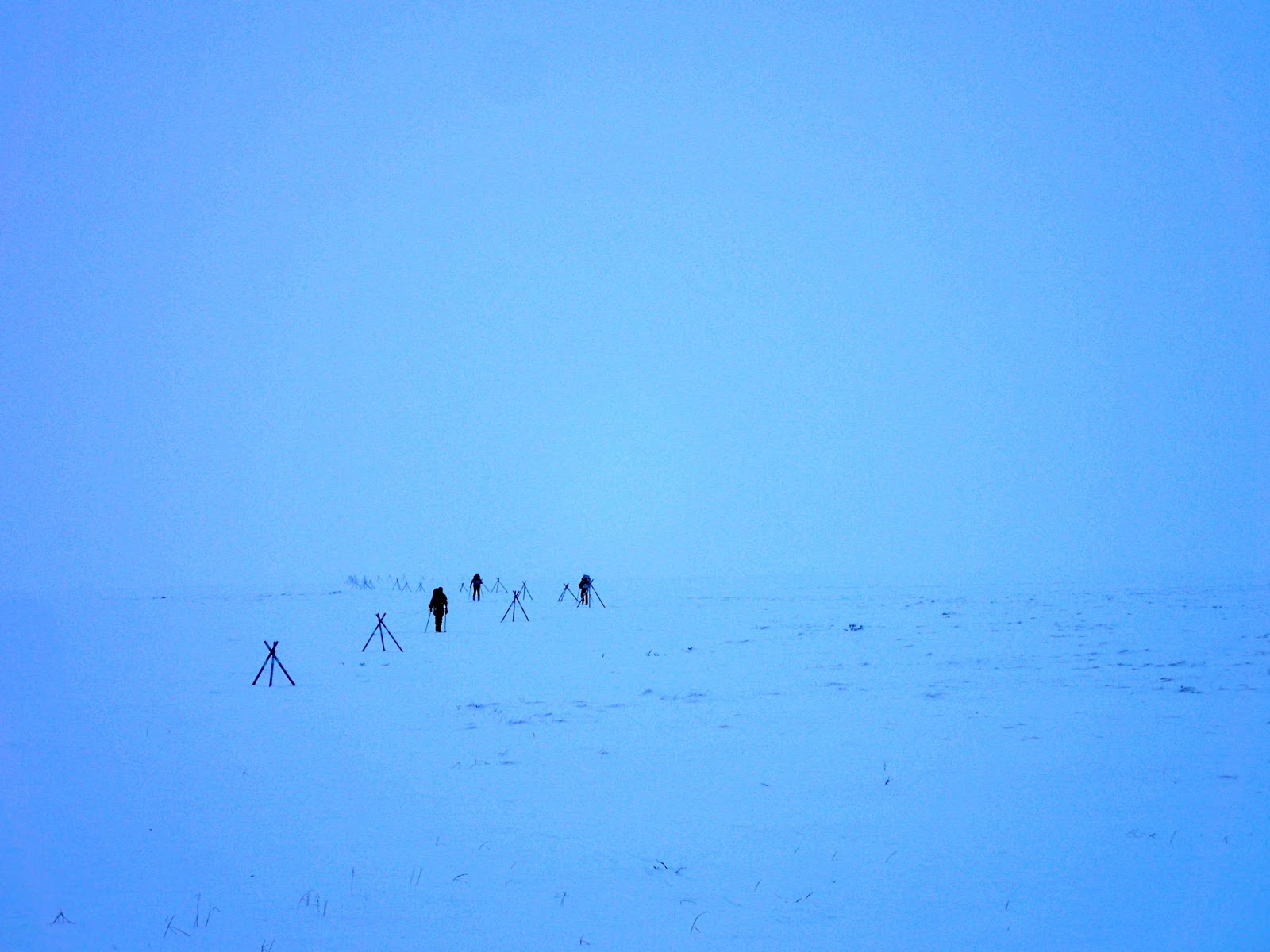 From Serpentine, an epic 39-mile, 14-hour day through places like this, the Schlitz Creek Blowhole and its stairway to heaven tripods. This day thoroughly cooked me. 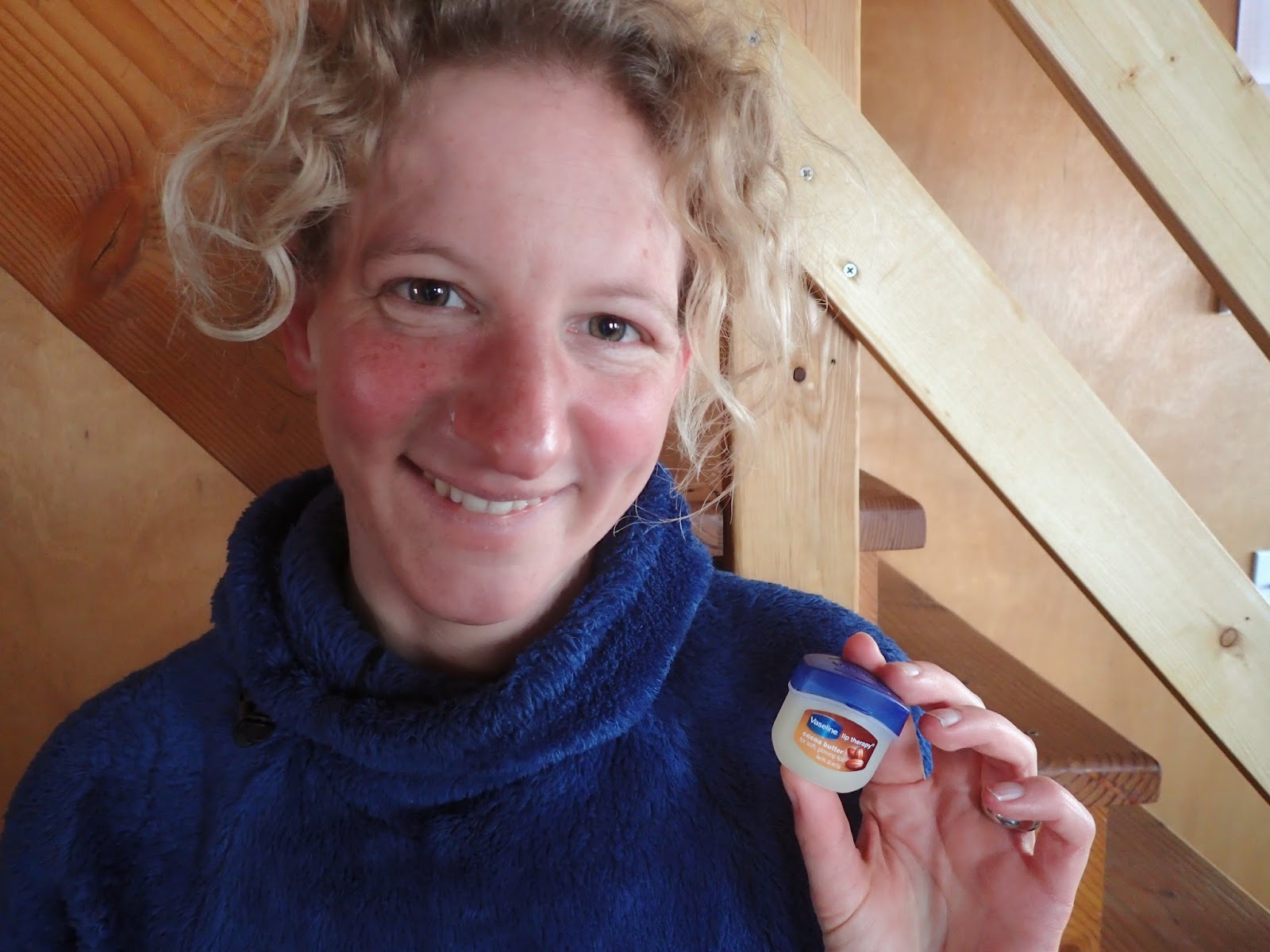 Did not cook Robin Beebee, the female representative. She irritatingly kicked all our asses by skating all the way from Shishmaref to Serpentine, even when there was no packed trail. I blame her uncommon motor and exquisite technique. 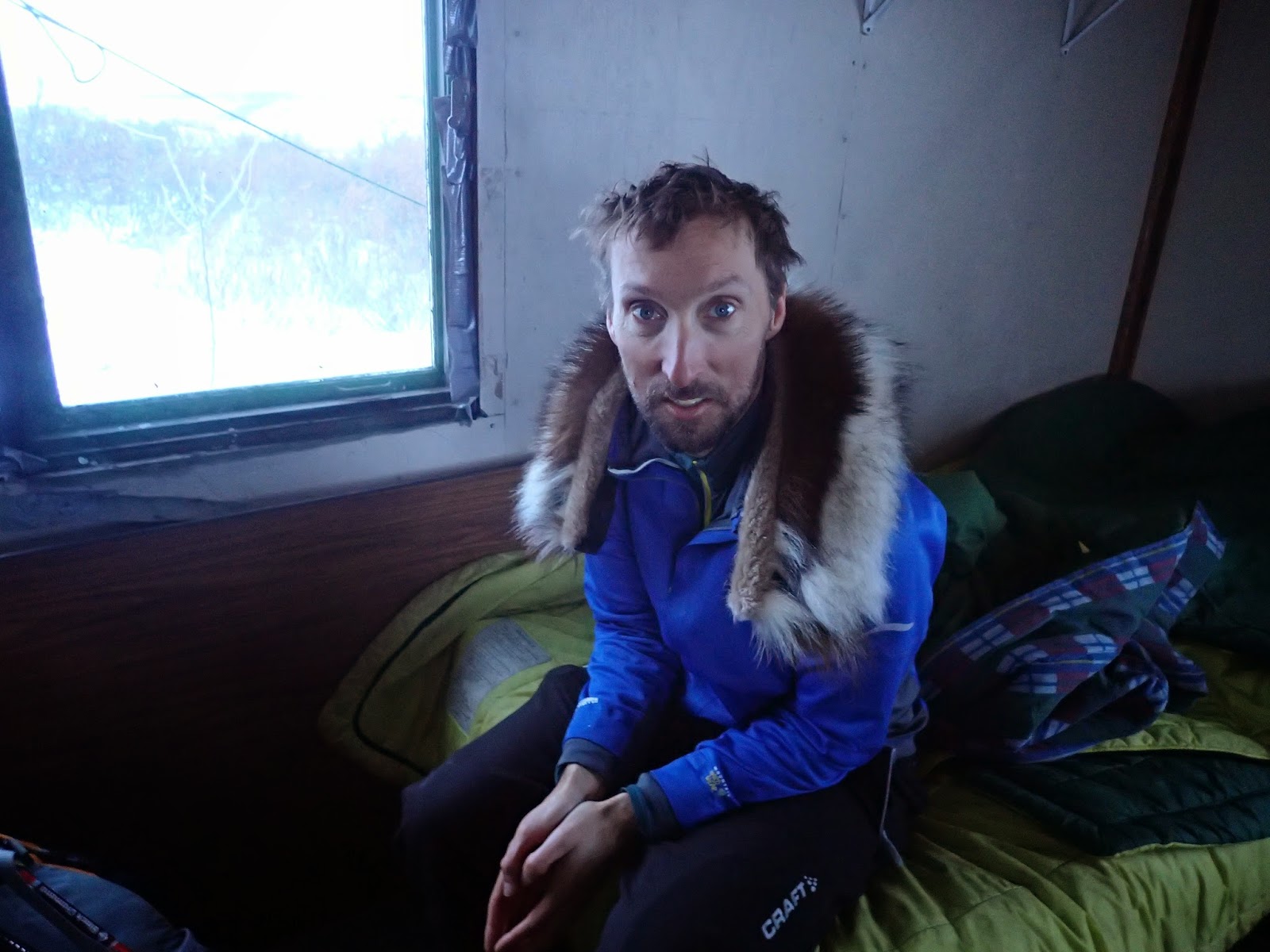 Eddy after the 14-hour day, in a cabin at Kougarok airport. 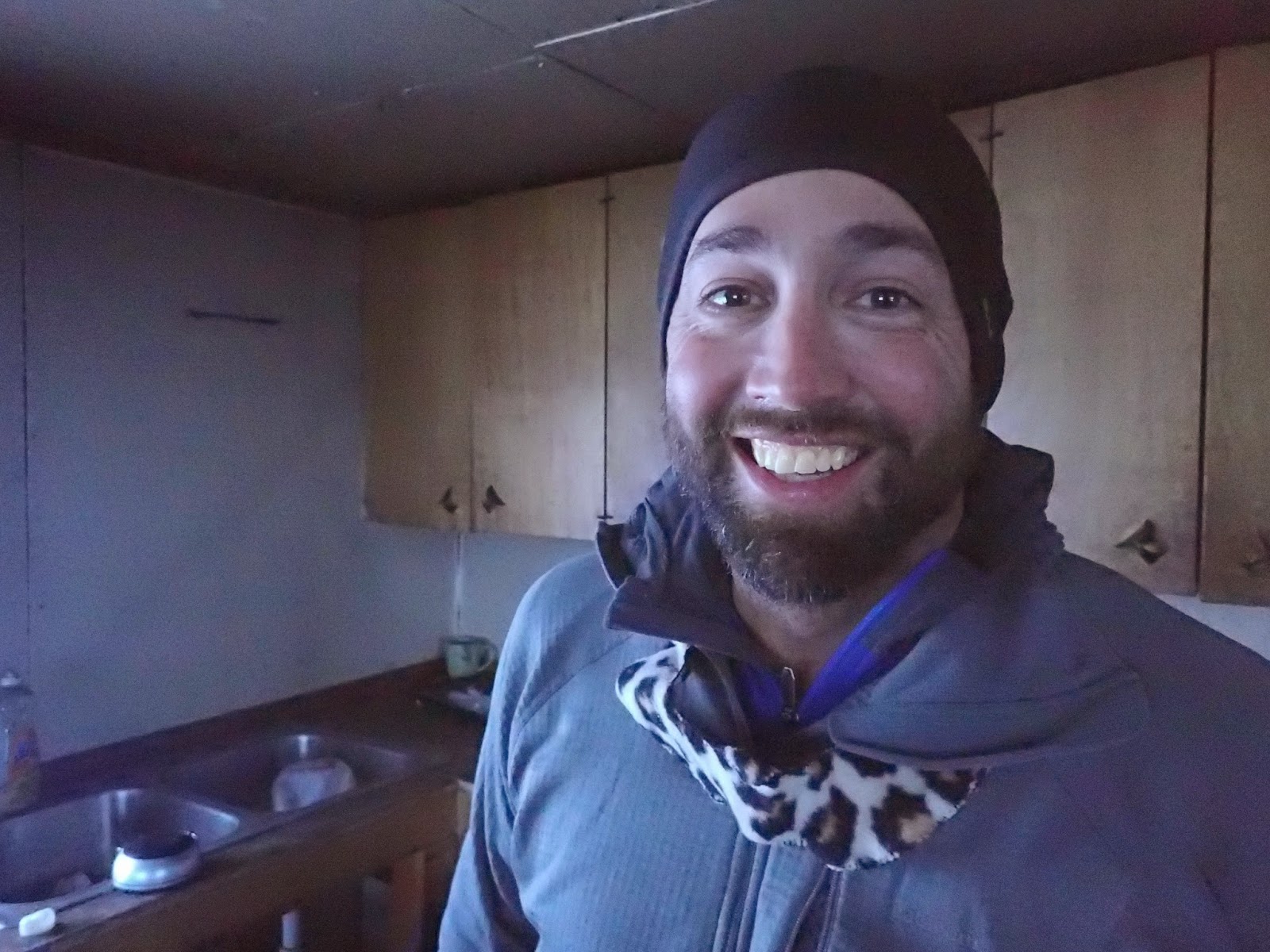 And strongman Brian Jackson. Looking way too fresh. And then there was John Shook, who troubleshot and fixed my MSR stove pump when I could not spell my name. 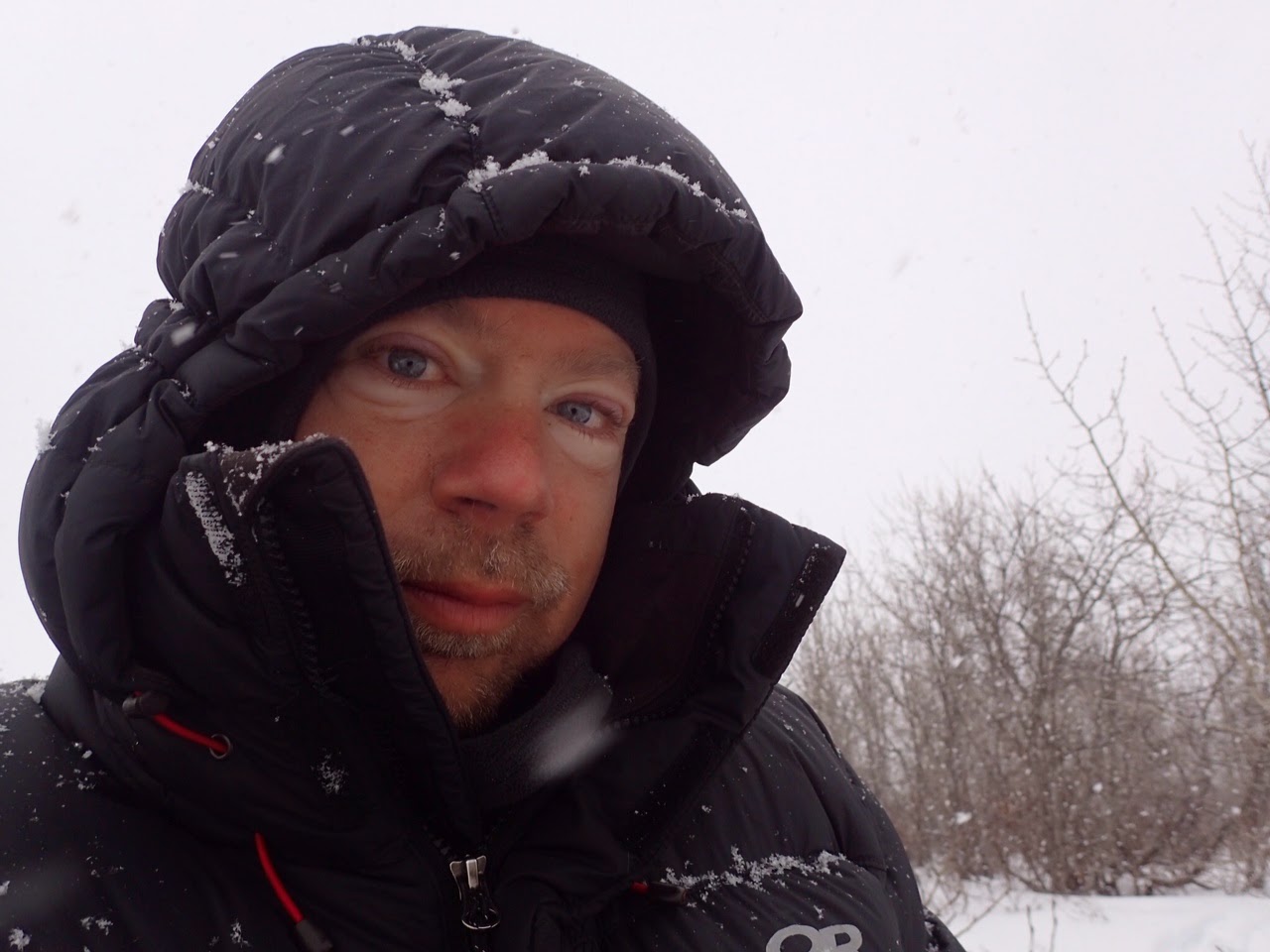 The great mileage, my diet of Reeses Easter Eggs or a combination of both led to me to become Stay-Puft Marshmallow Man. 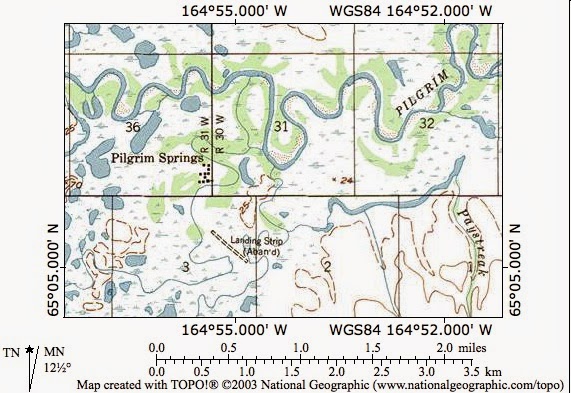 Could ski as Puff Daddy, so we made it to Pilgrim Springs, about 70 miles from Nome and five days into our trip. 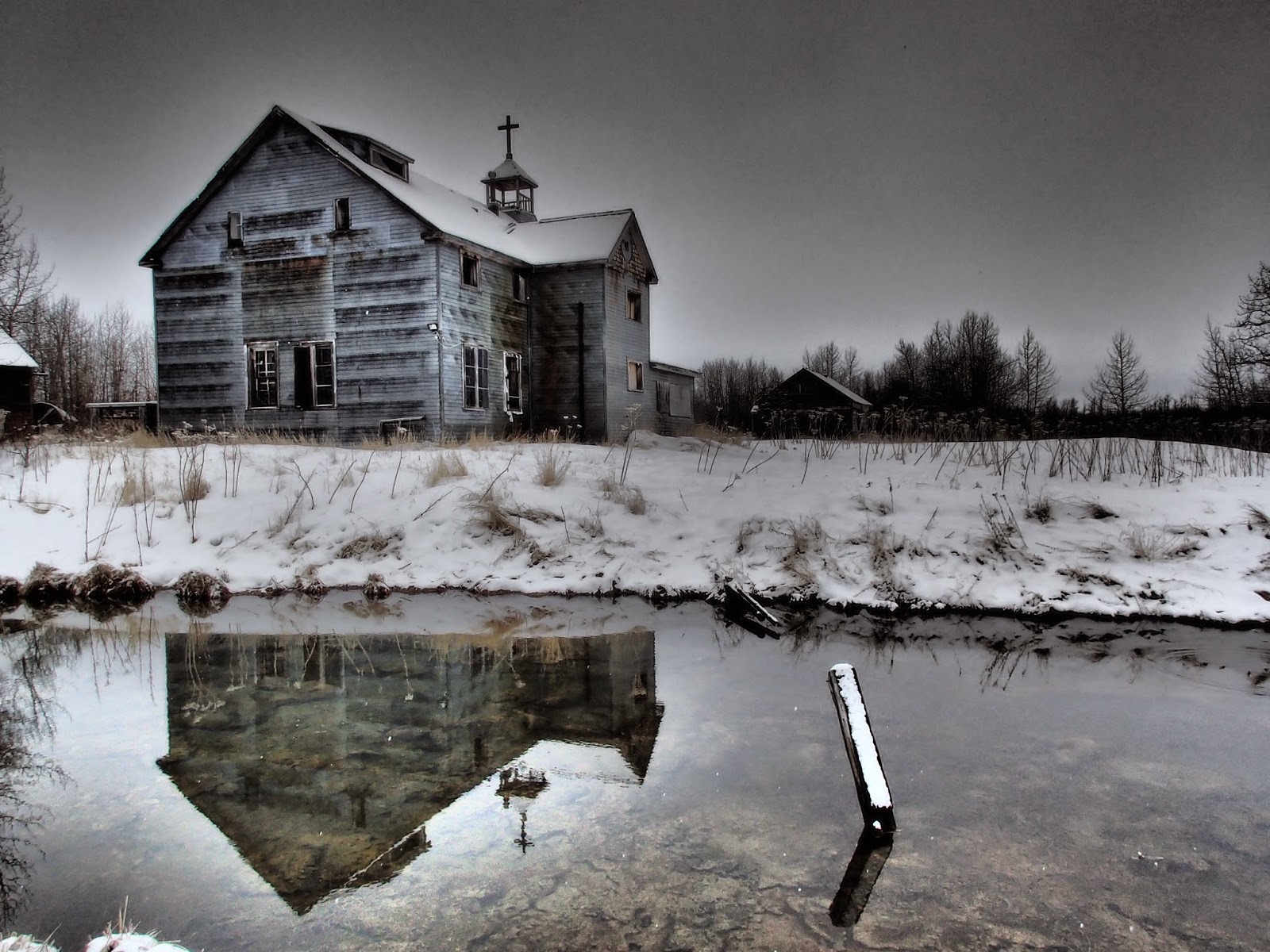 The church built in 1919, shortly after the Spanish flu spread on the Seward Peninsula, wiping out whole villages, like York. The Catholic Diocese established Our Lady of Loudres Orphanage here at Pilgrim Springs. Kids grew up here running through Wisconsinesque farm fields and climbing real trees. 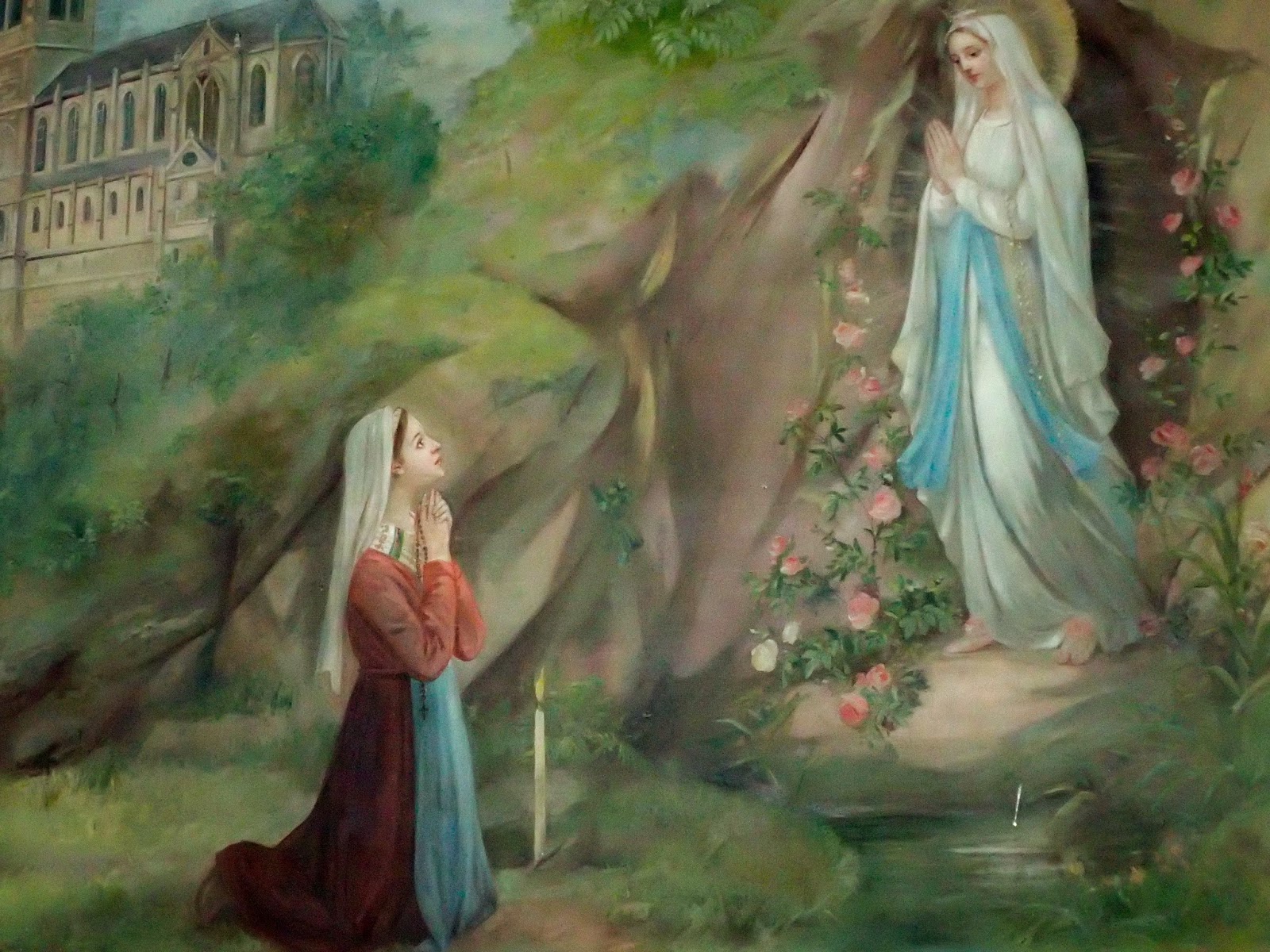 Lady of Lourdes, above the altar on the top floor of the church building. 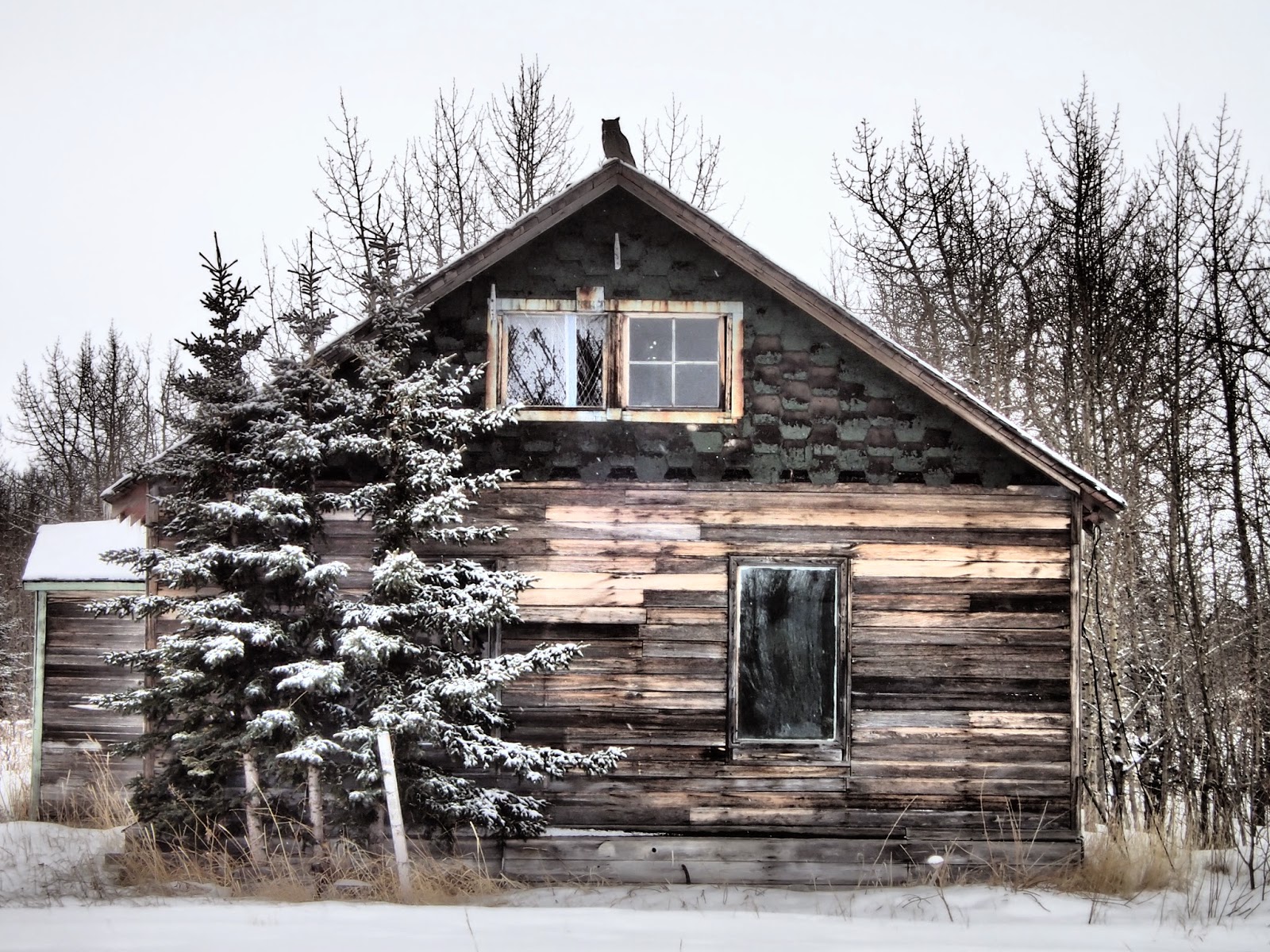 A real great horned owl and real spruce trees. An oasis of warm ground 100 miles south of the Arctic Circle. 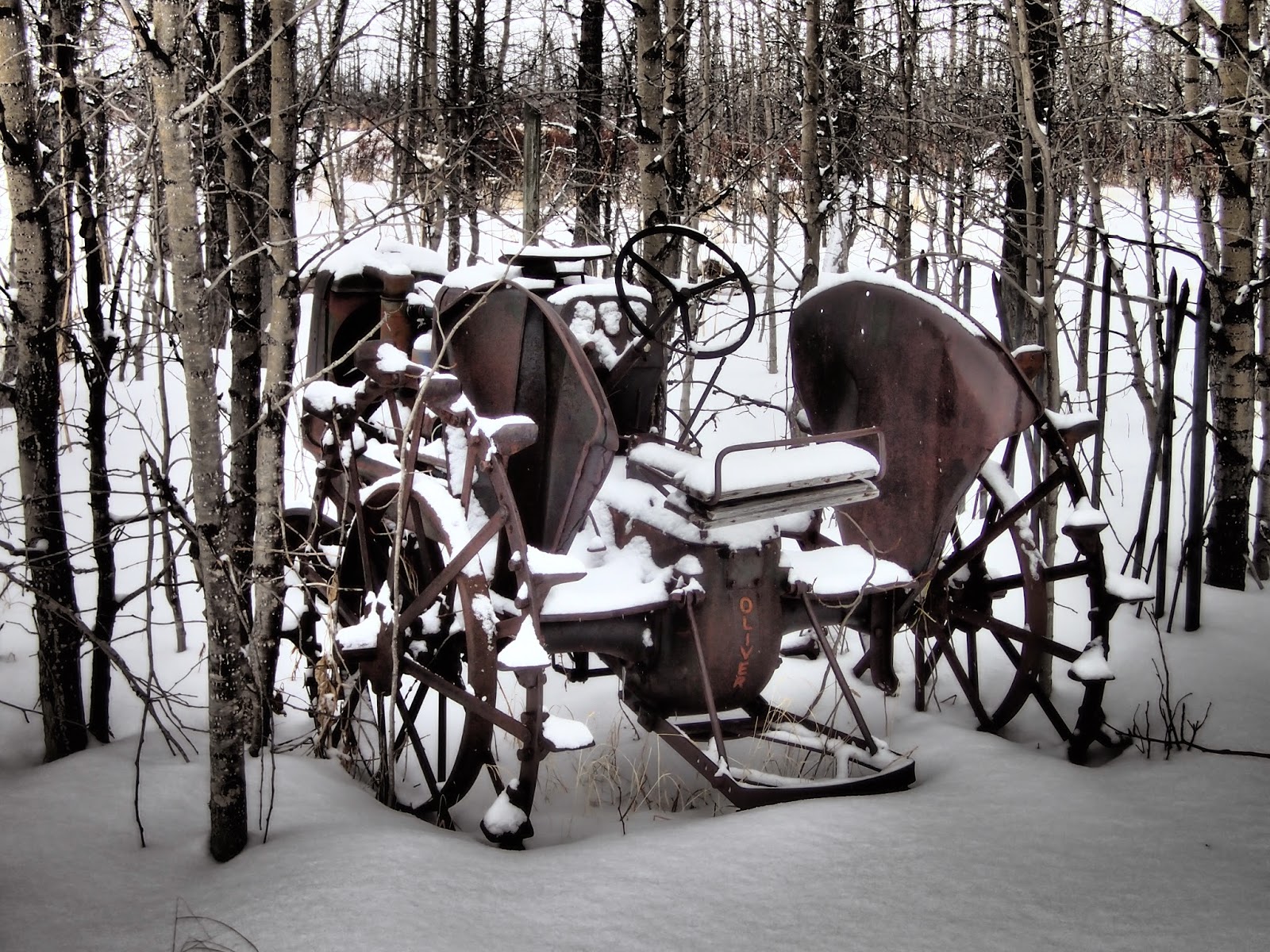 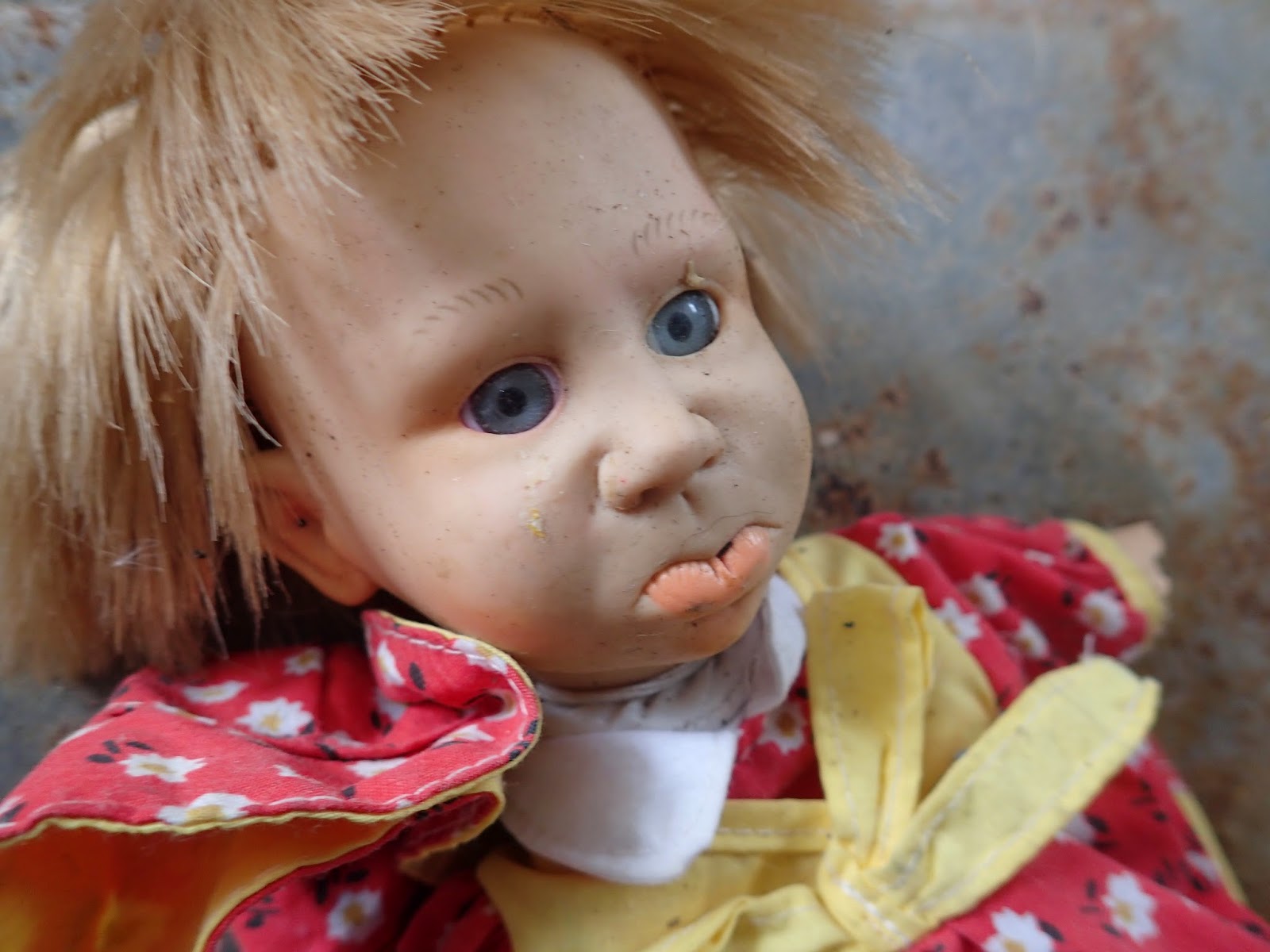 One of the creepiest/coolest places. 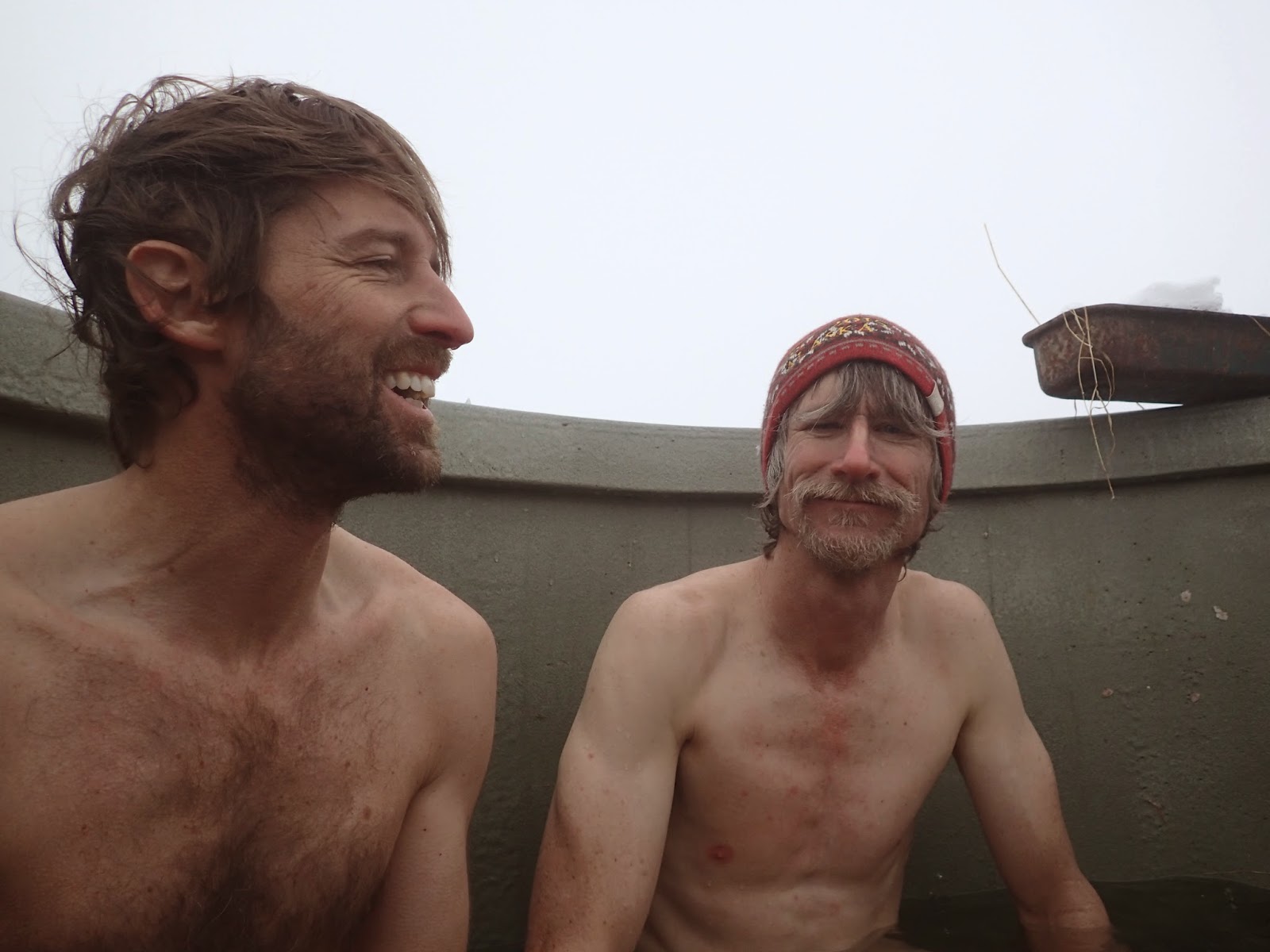 We found a tub for John Shook, Bob Gillis and the other four of us to squeeze in at once. It was like soaking in a Coke can. But medicinal, like all hot springs. I somewhat depuffed. 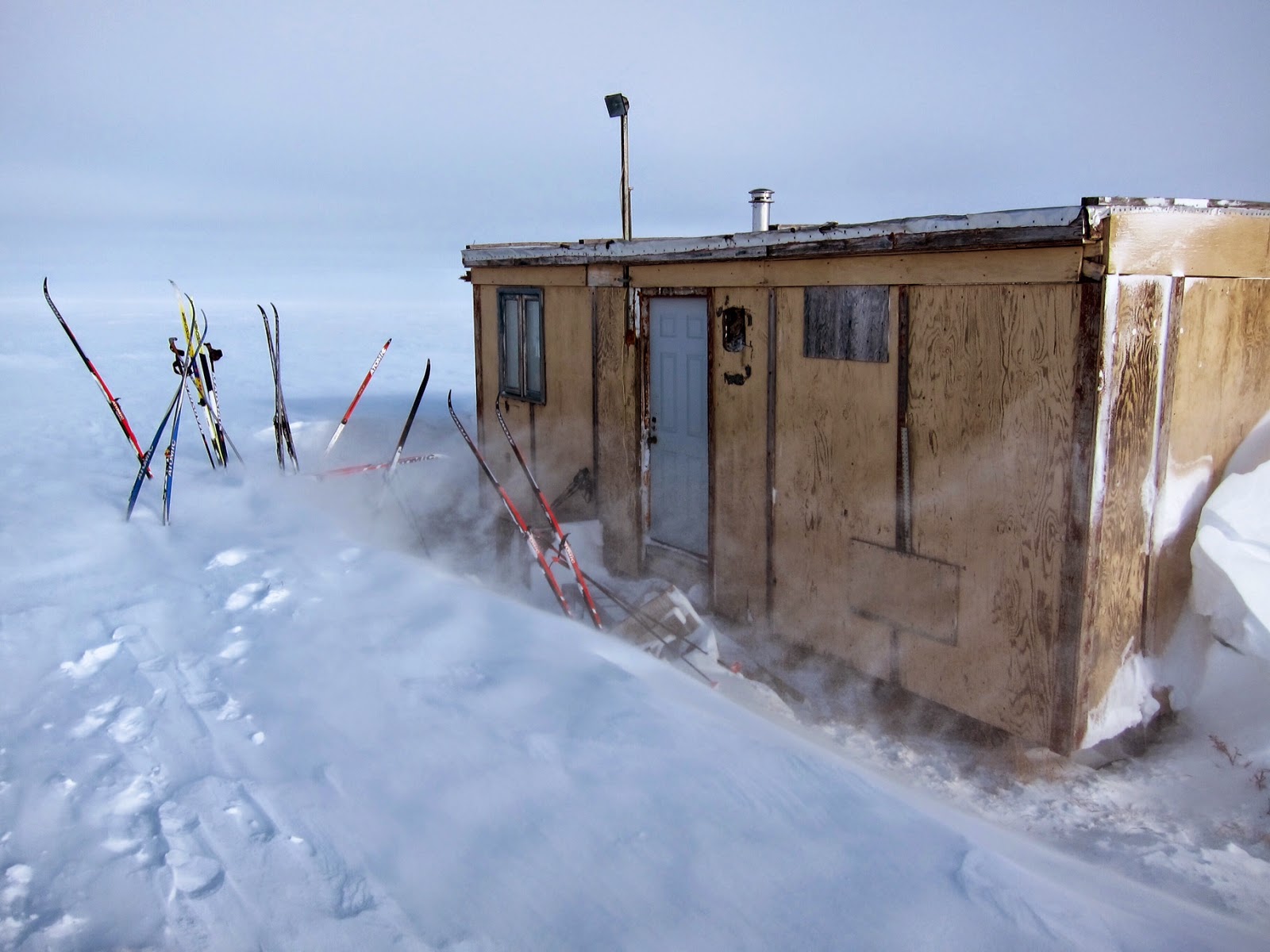 Bobby Gillis photo. After the soak, we left Pilgrim Springs having just spent a few hours there. We were going to camp when we came around the corner and met Golden Gate Blowhole. Temperature dropped and an icy wind blasted us. Brian "Action" Jackson made his way over to this trailer and leaned on the door. It opened! I peed like our puppy when I saw that door pop. We ate and slept inside, where somehow we couldn't hear the wind. We owe thanks to a miner who did not padlock and who might not have been there since the date on all the food inside--2006. That the skis did not blow away is a Christmas Miracle. After a less threatening night at a Salmon Lake cabin, we had 35 miles to town and a plane that was taking us toward home at night. Lots of ditch skiing around the road that led to Nome.

These trips always seem to end with a blistery stagger in plastic boots on miles of gravel. But this one was magical. We skied all the way in to Anvil Mountain, which should have been a crashfest on the descent into town. Instead, we got this: 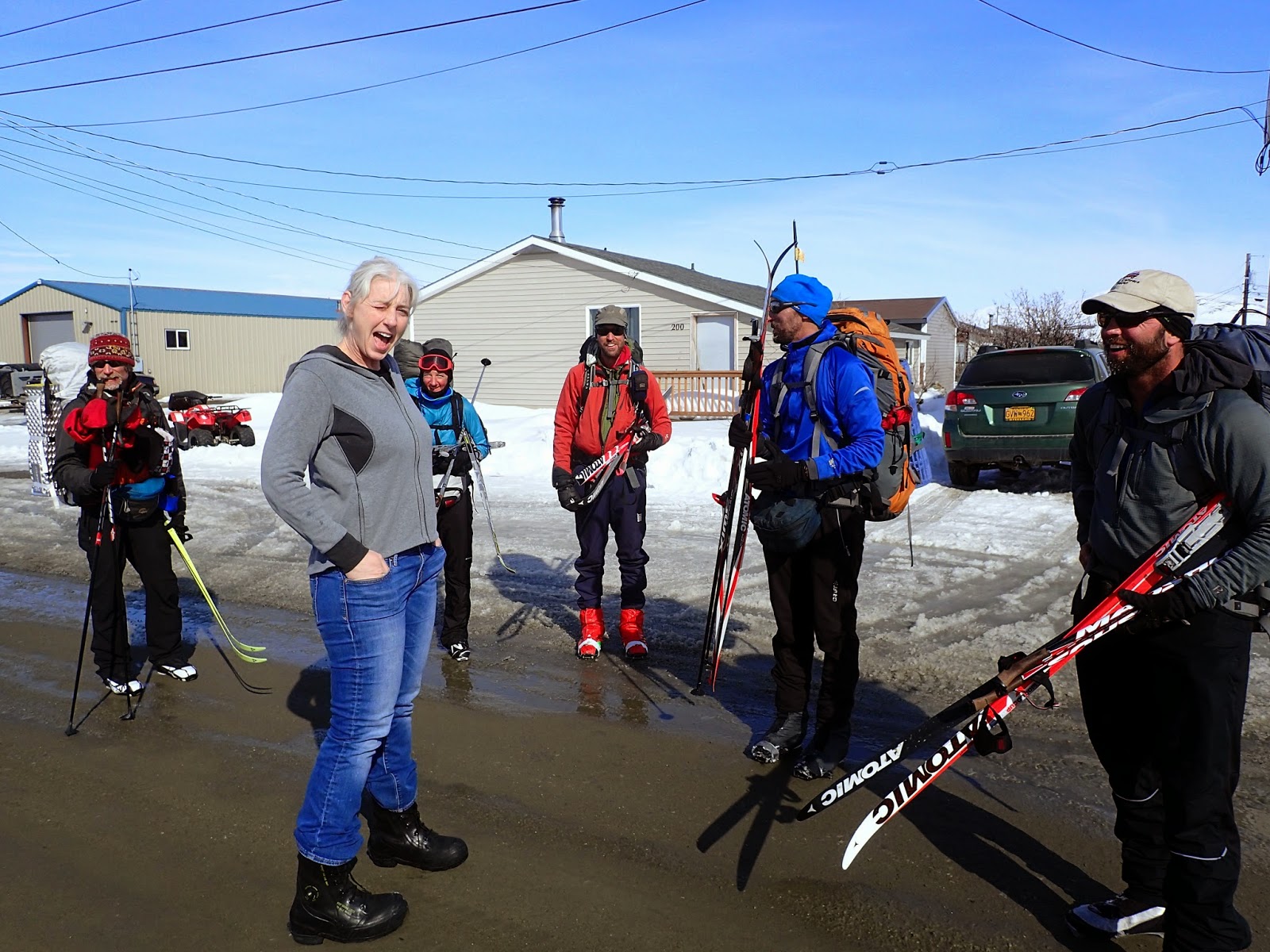 We had left our stuff at Kristine and Ian McRae's house. Skied to the house across the street from theirs. When their dog Lucy was barking at us, Kristine came out to greet us with a yell. Then she invited us in. Made us coffee. Against my advice, let all six of us take showers. Loaned us the Mazda pickup so we could go into town and murder a few pizzas. 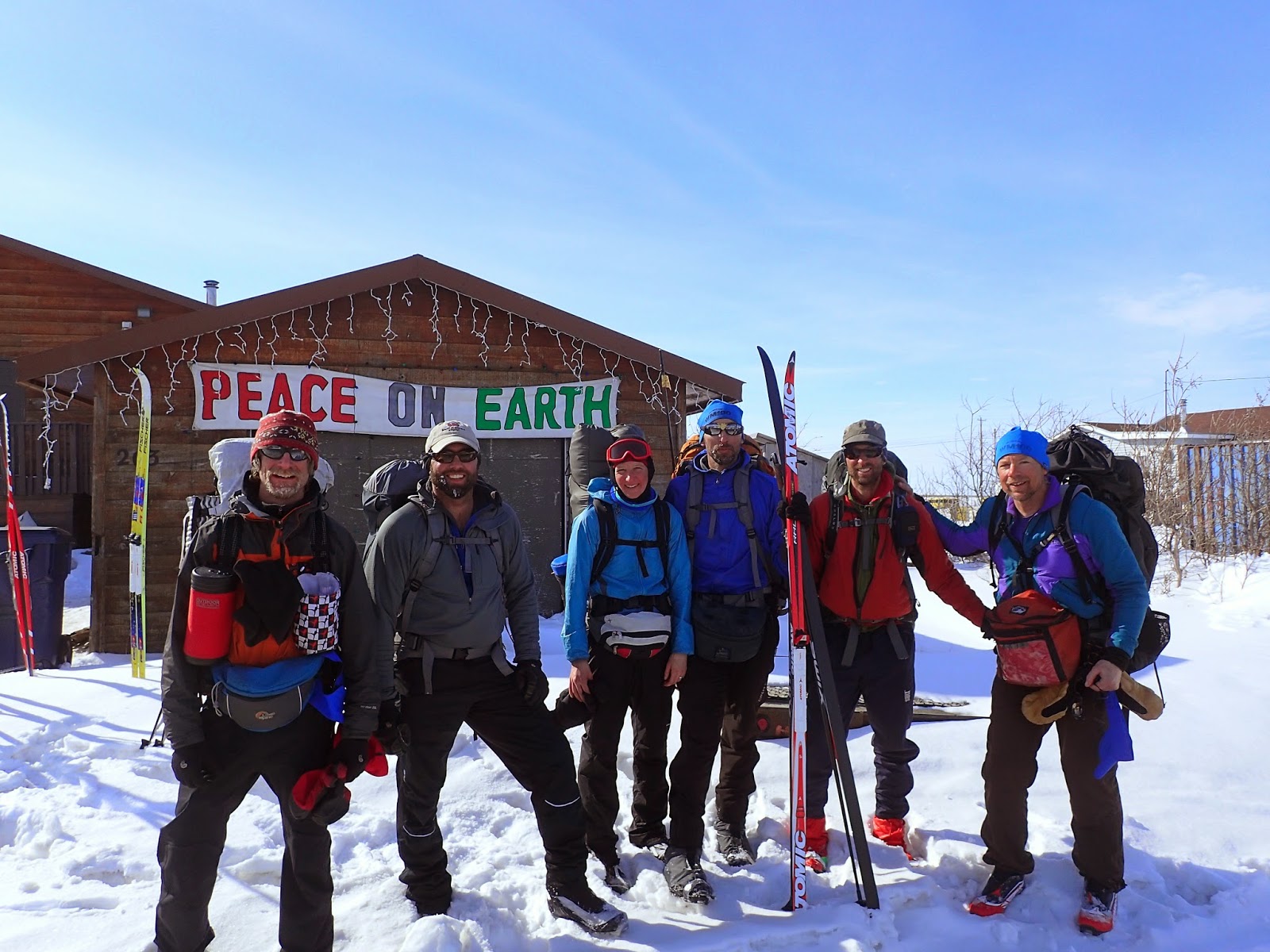 Coast to coast. Chukchi to the Bering. As said Goldie, the cab driver who drove us from the airport at the start and then back eight days later after we found him in the parking lot of the AC Store: It's all a memory now!


If you're still here, you must be interested. Invest nine minutes in watching this, by Brian Jackson: