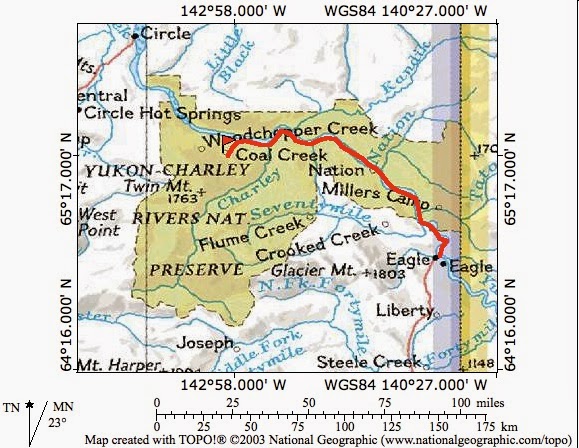 A return to Coal Creek, where I was a park ranger 20 years ago. Coal Creek Camp was there as a home to miners who operated a giant dredge that ate seven square miles of valley for three tons of gold. Shut down in the 70s, the dredge and the camp are now part of Yukon Charley Rivers National Preserve. And site of a recent three-day writer's workshop led by Gretel Erhlich and put on by UAF Summer Sessions. 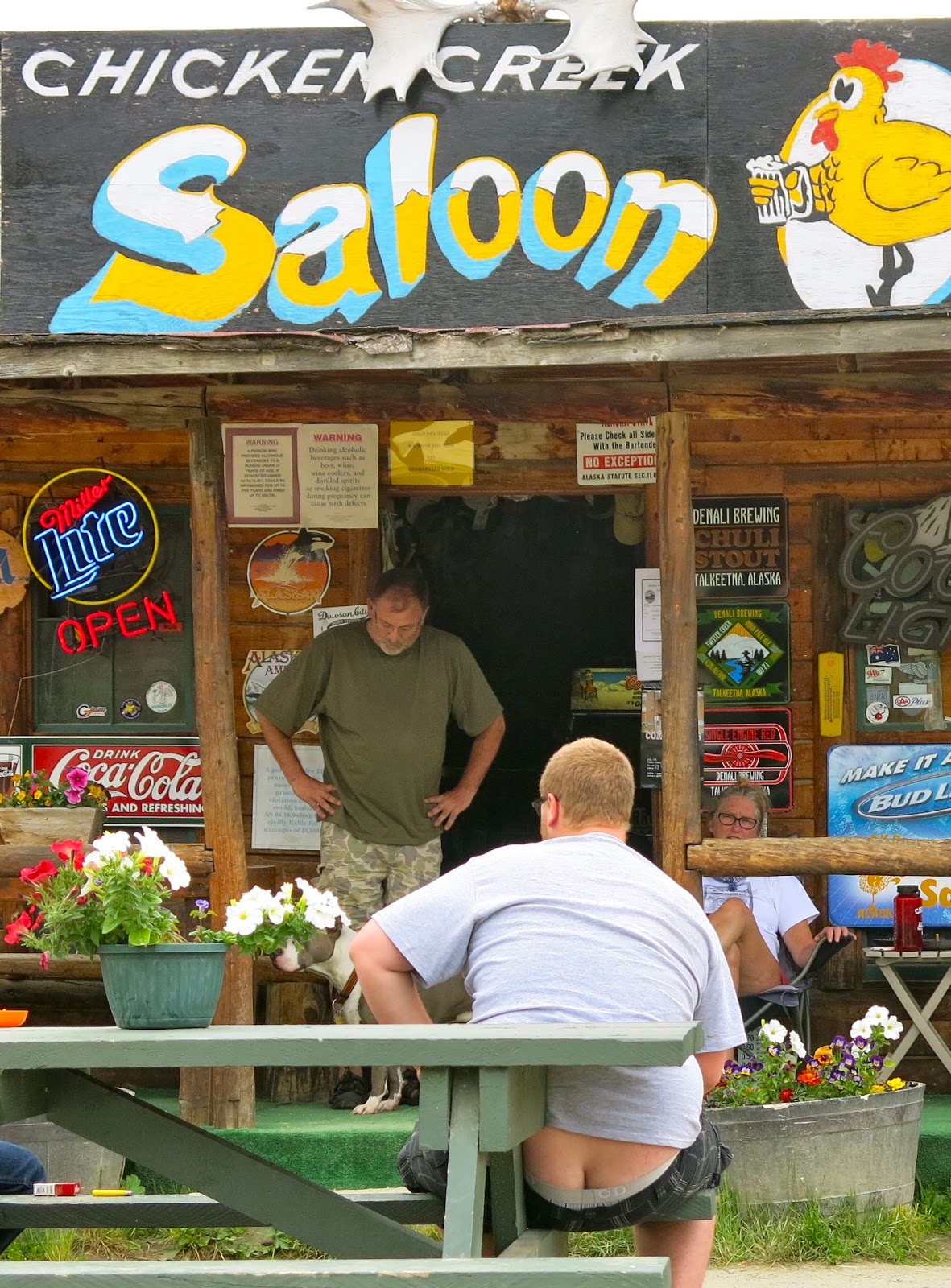 Chicken. Eight hours into the 12-hour journey from Fairbanks to Eagle. 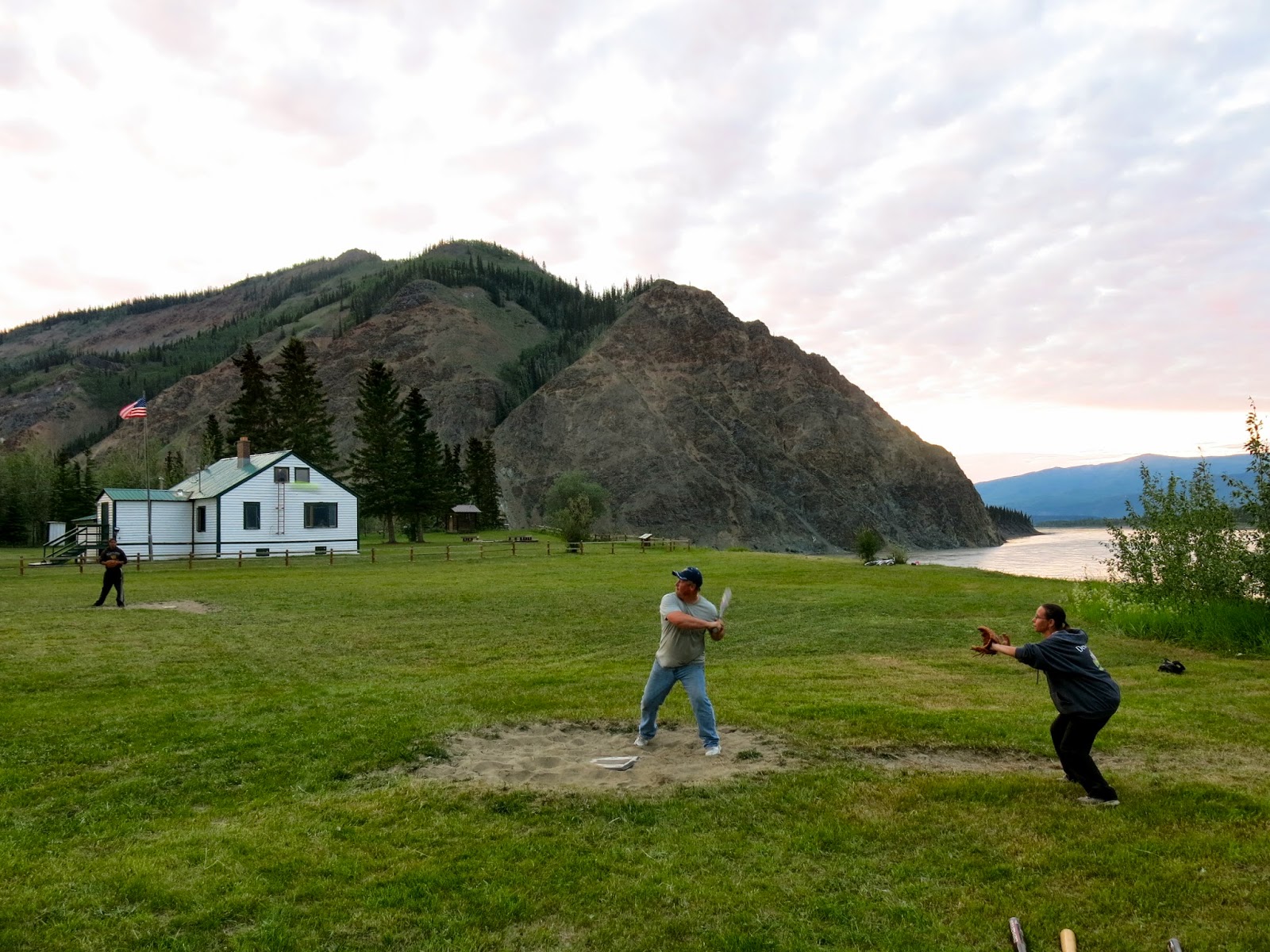 Finally got to play ball on the grass airstrip in Eagle. Families in Eagle Village for July 4th started a game at 10 p.m. A kid invited me in. No balls went in the Yukon. Played till 2. 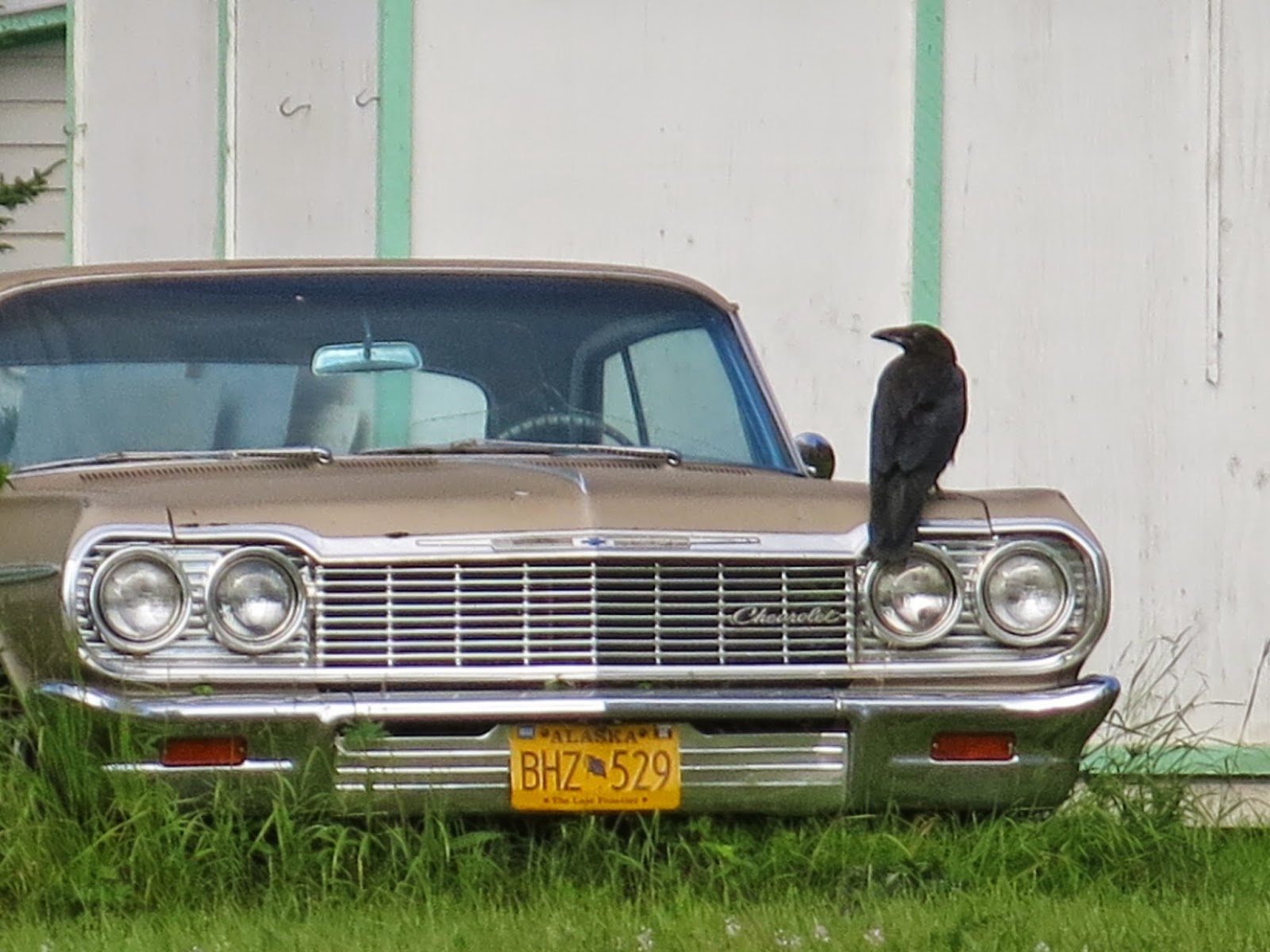 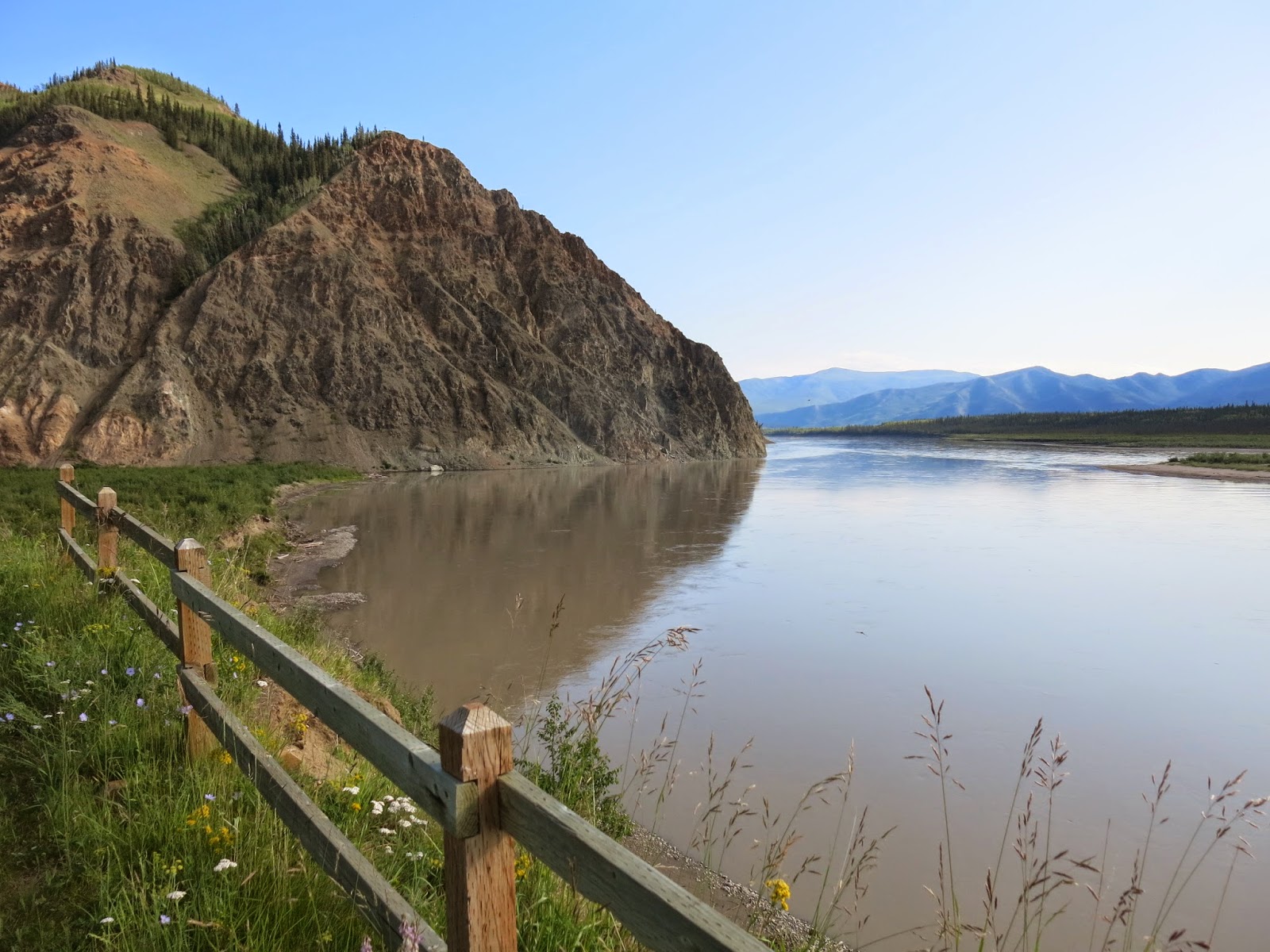 Have invested many minutes here. 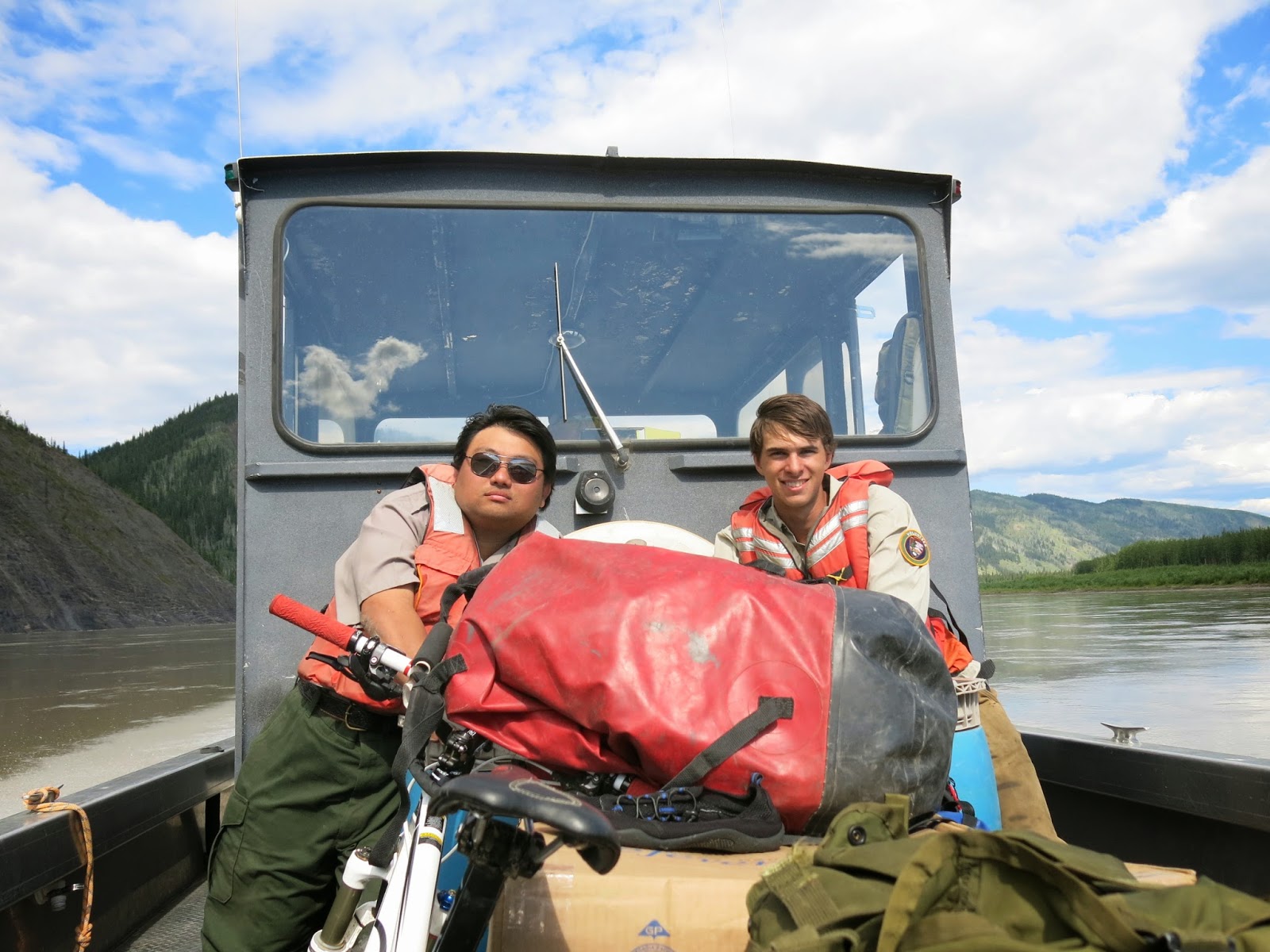 On a four-hour ride downriver from Eagle to Slaven's cabin and Coal Creek, Park Service seasonals Michael, left, from Jersey, and 19-year-old Andrew. Felt a bond with these dudes, who pack all their summer food in coolers and take them downriver. This includes Chicken-in-a-Can, packed in gelotin. 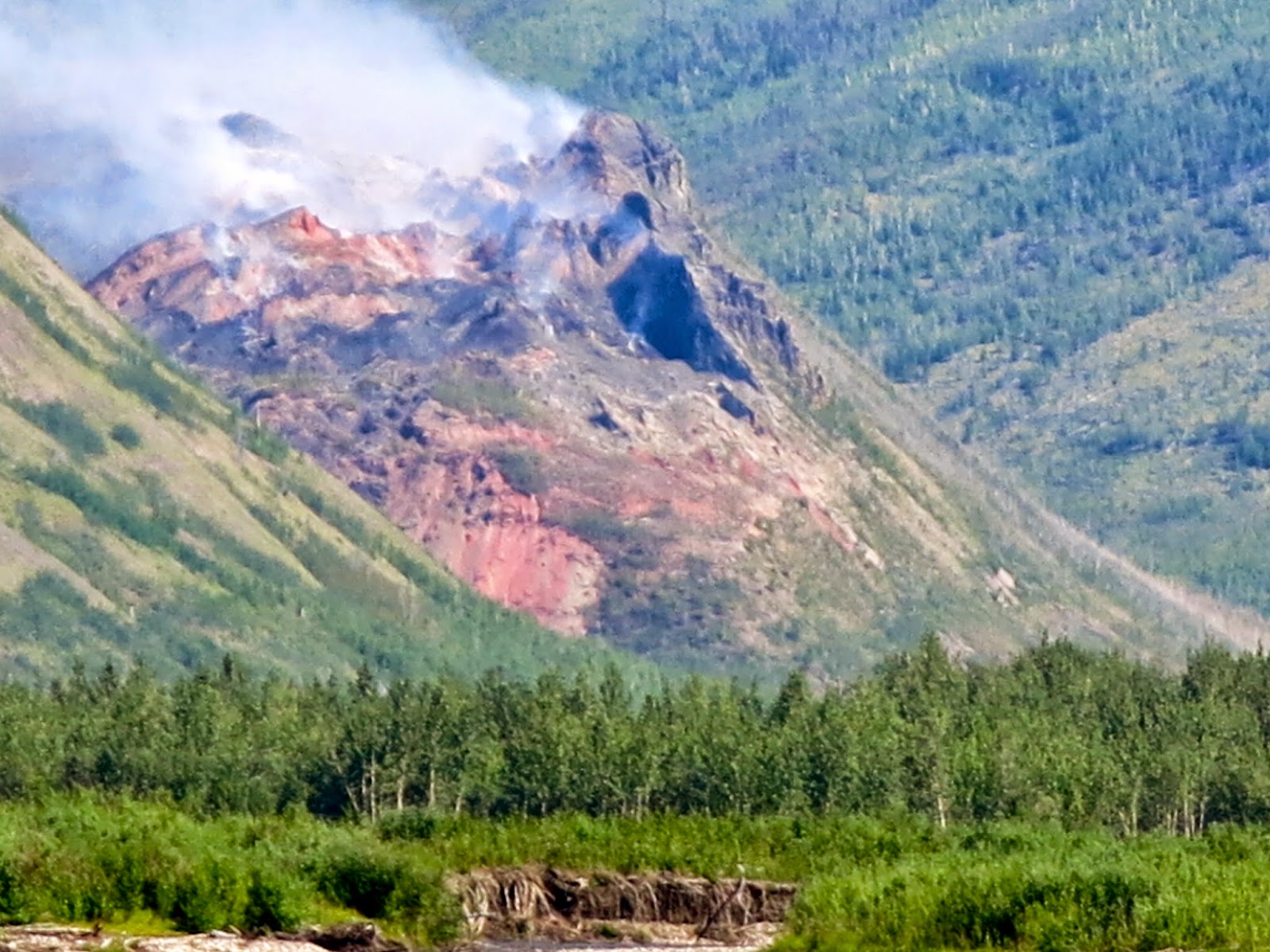 On the way, a good view of the oil shale fire above the Tatonduk River. One of the only fires going this wet summer. Even God can't put it out. 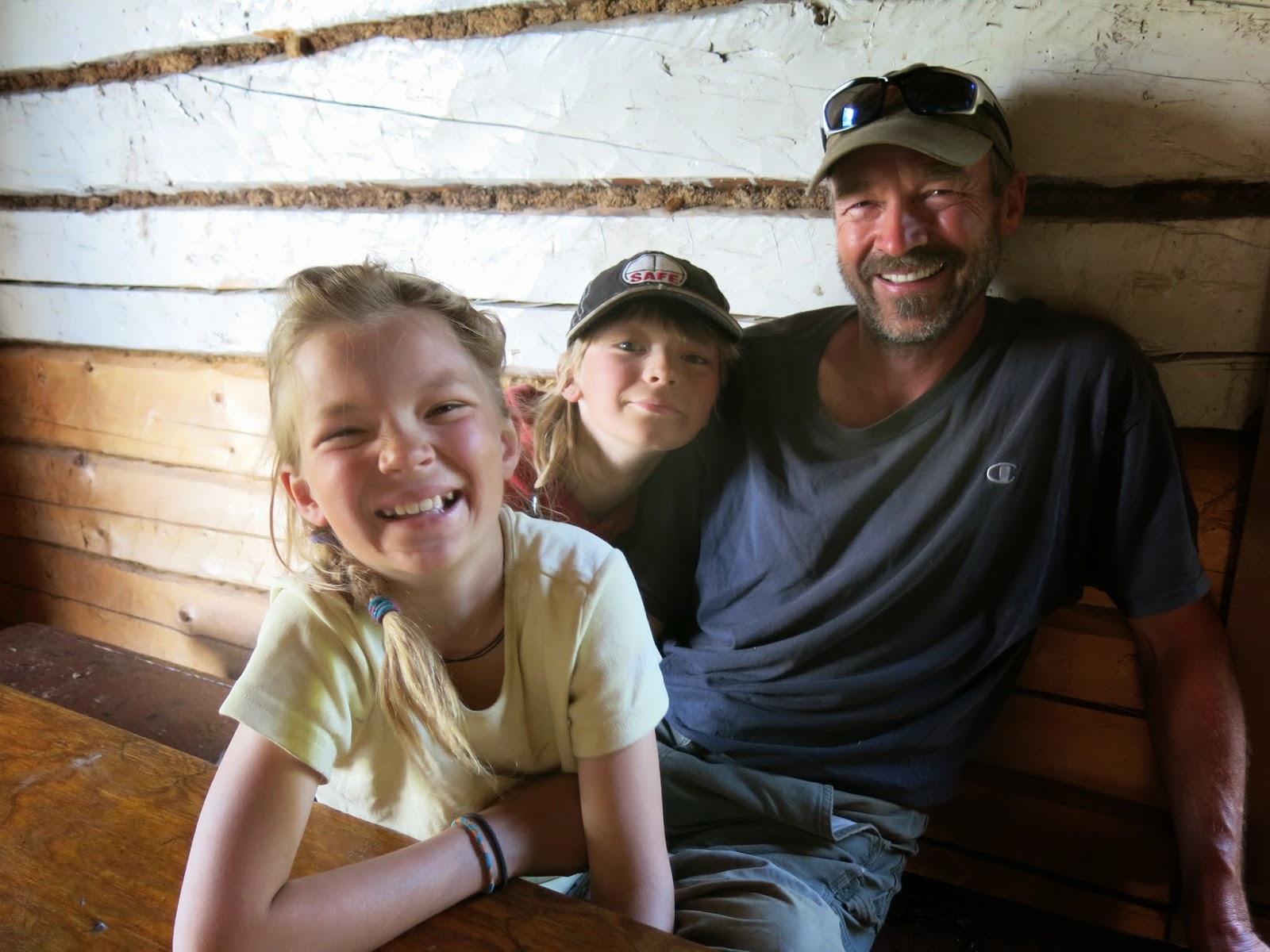 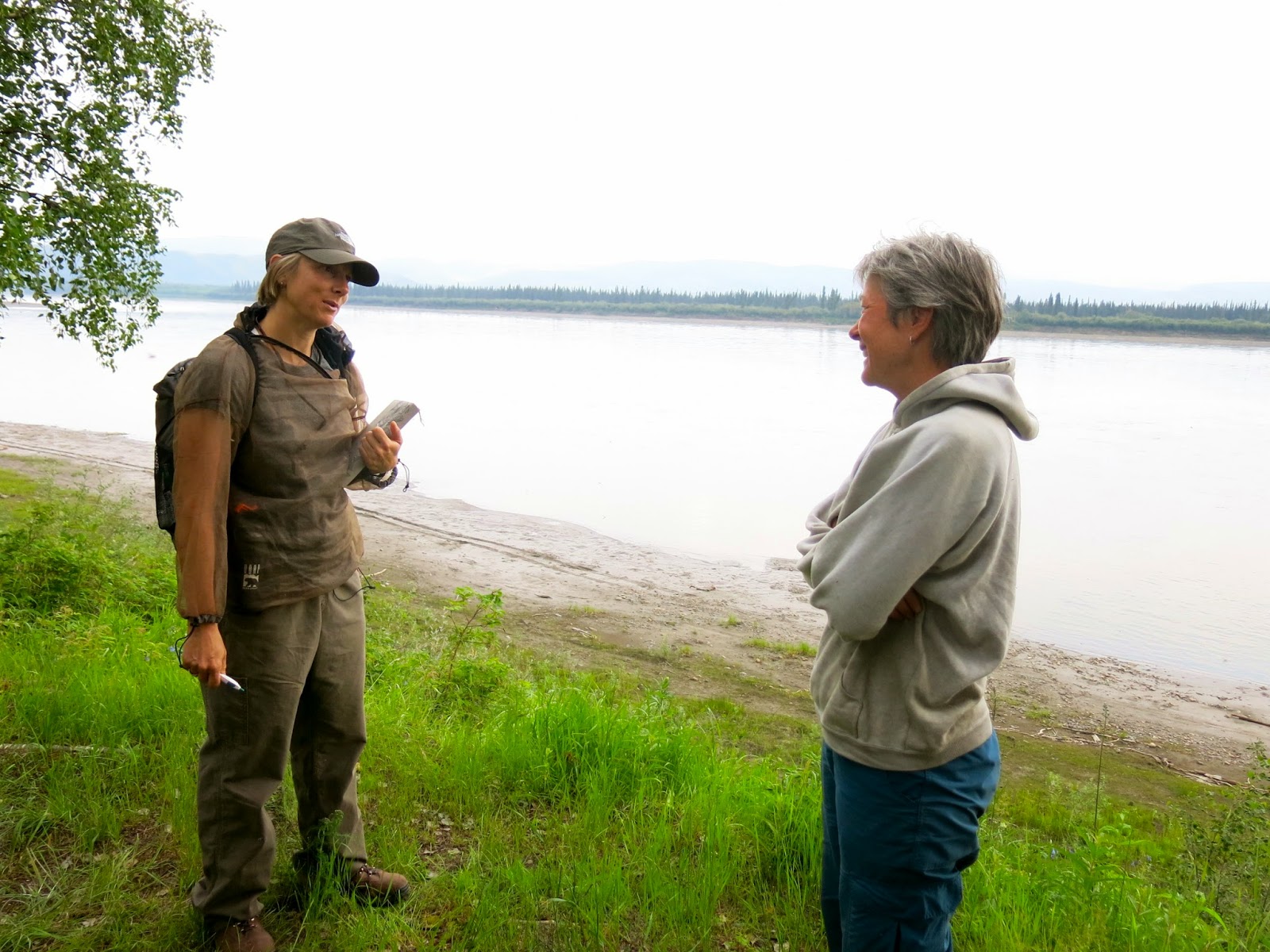 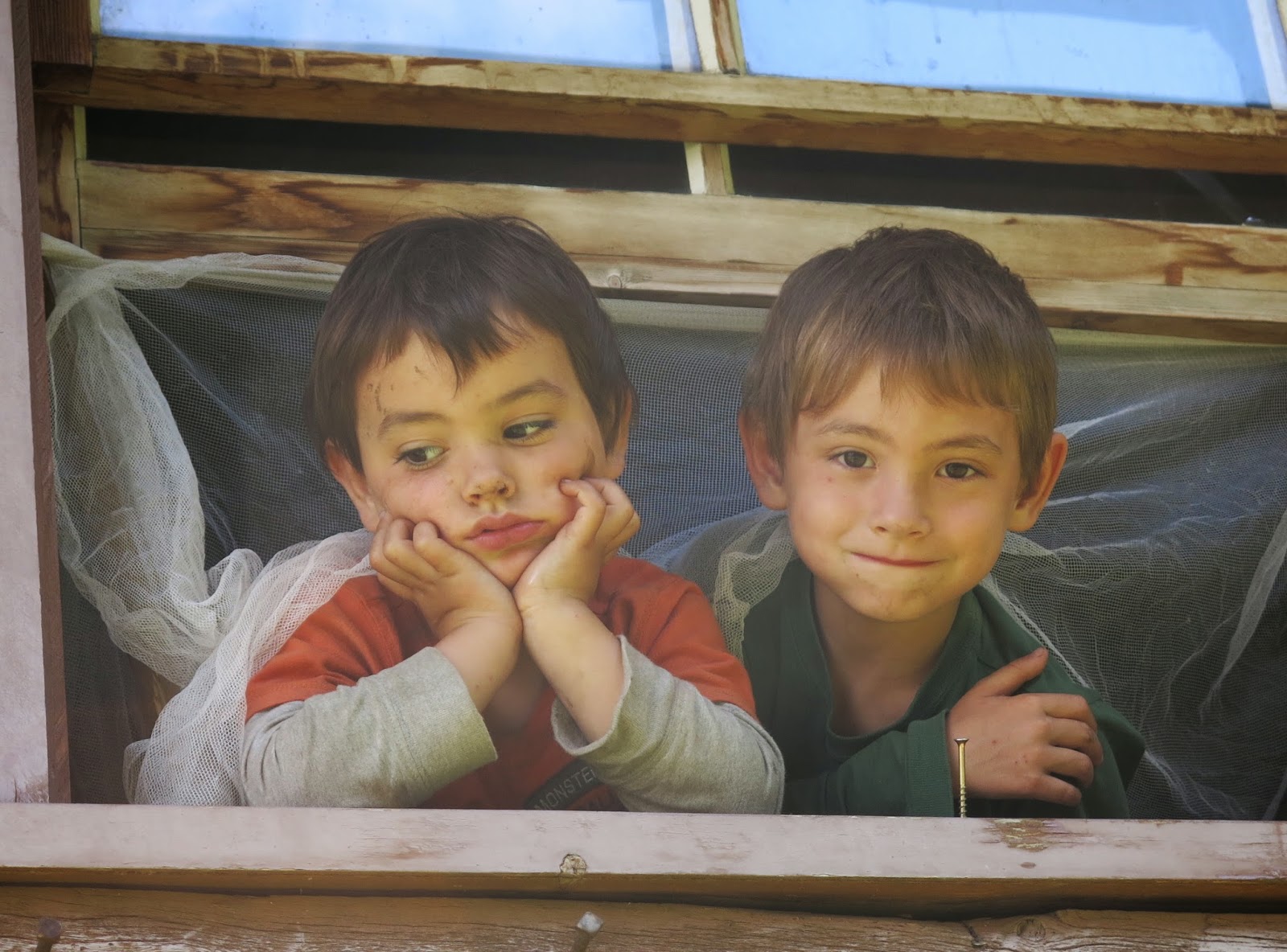 More river travelers at Slaven's. Katsumi, 3, and Porter, 5, of Portland, OR. Like all brothers, they like to cross their streams of pee. 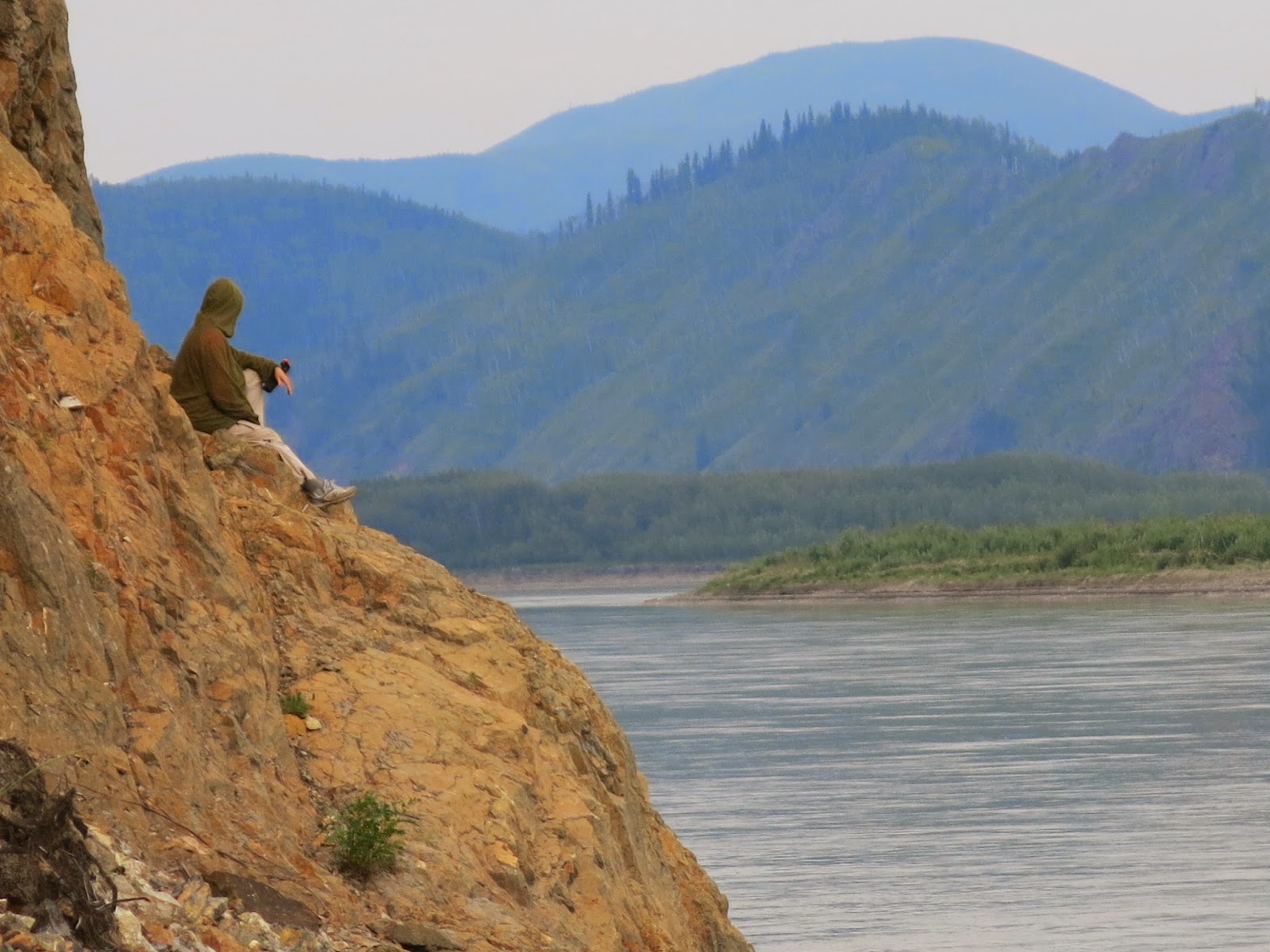 The Yukon near Slaven's was where Jean perched for our first writing assignment: Gretel said to imagine the world is somehow unlivable to the south, and you are here now. Start writing. 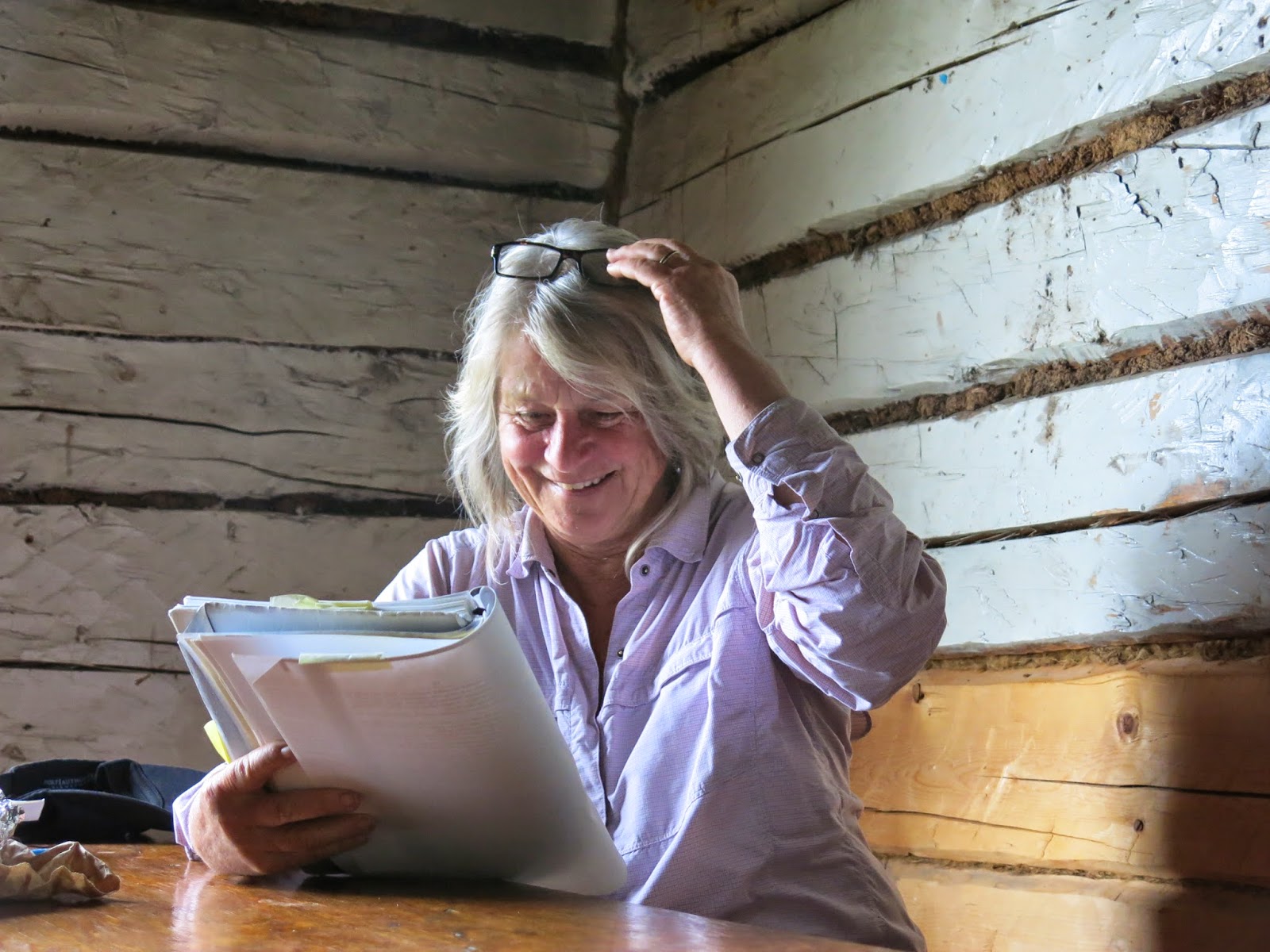 Gretel reading in Slaven's Roadhouse. Loved her assignments. Love her. 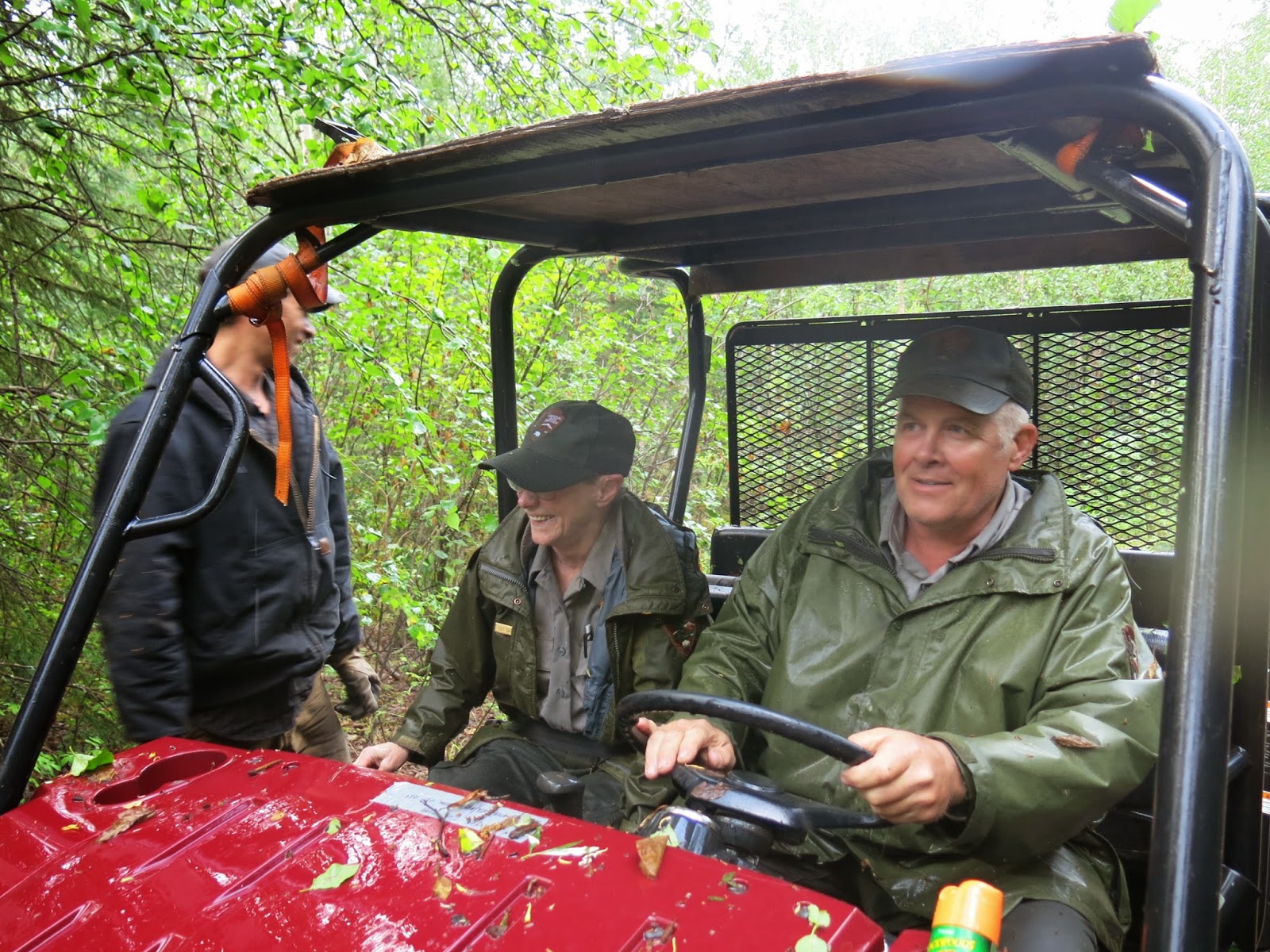 Really love my buddy Pat Sanders, giggling at left, who was rangering 20 years ago and let me live at her Trapper's Cabin for free. And very much like Ed, the driver, and of course ultracompetent teenager Andrew. 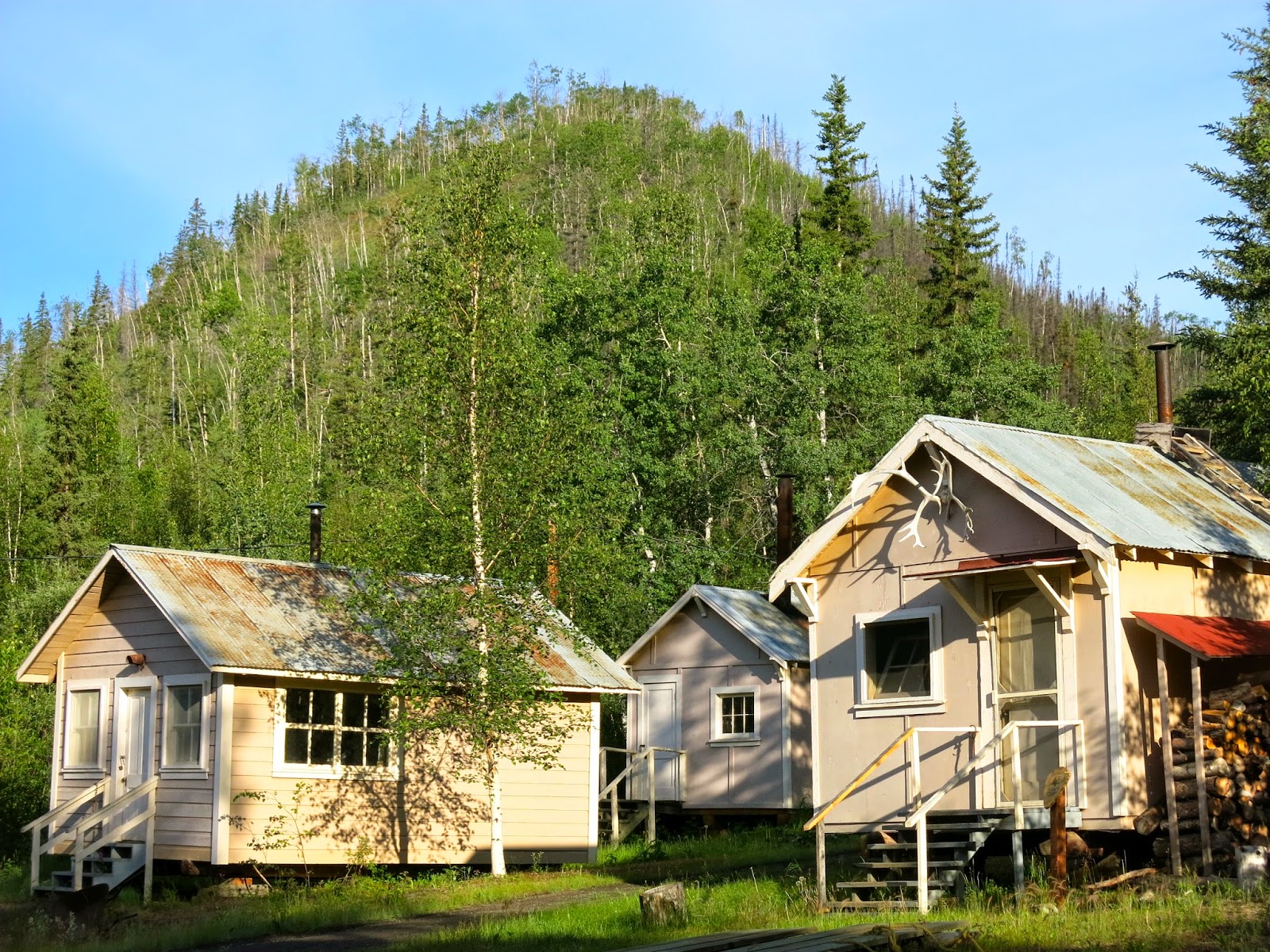 Coal Creek Camp. Twenty years ago, I had a feeling here. I should write. 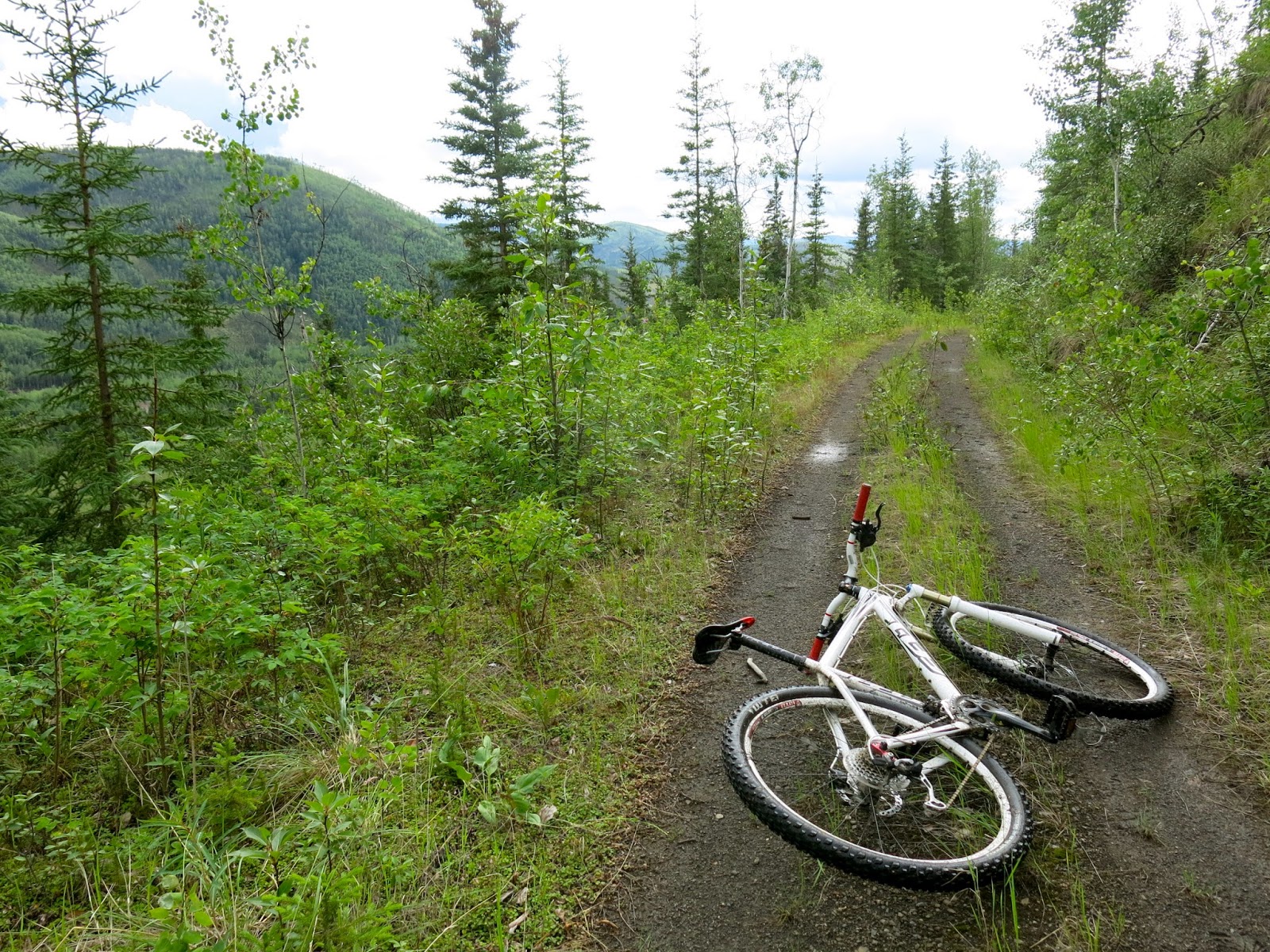 And bike. On the upper road to Coal Creek from Slaven's. Bikes are freedom machines. 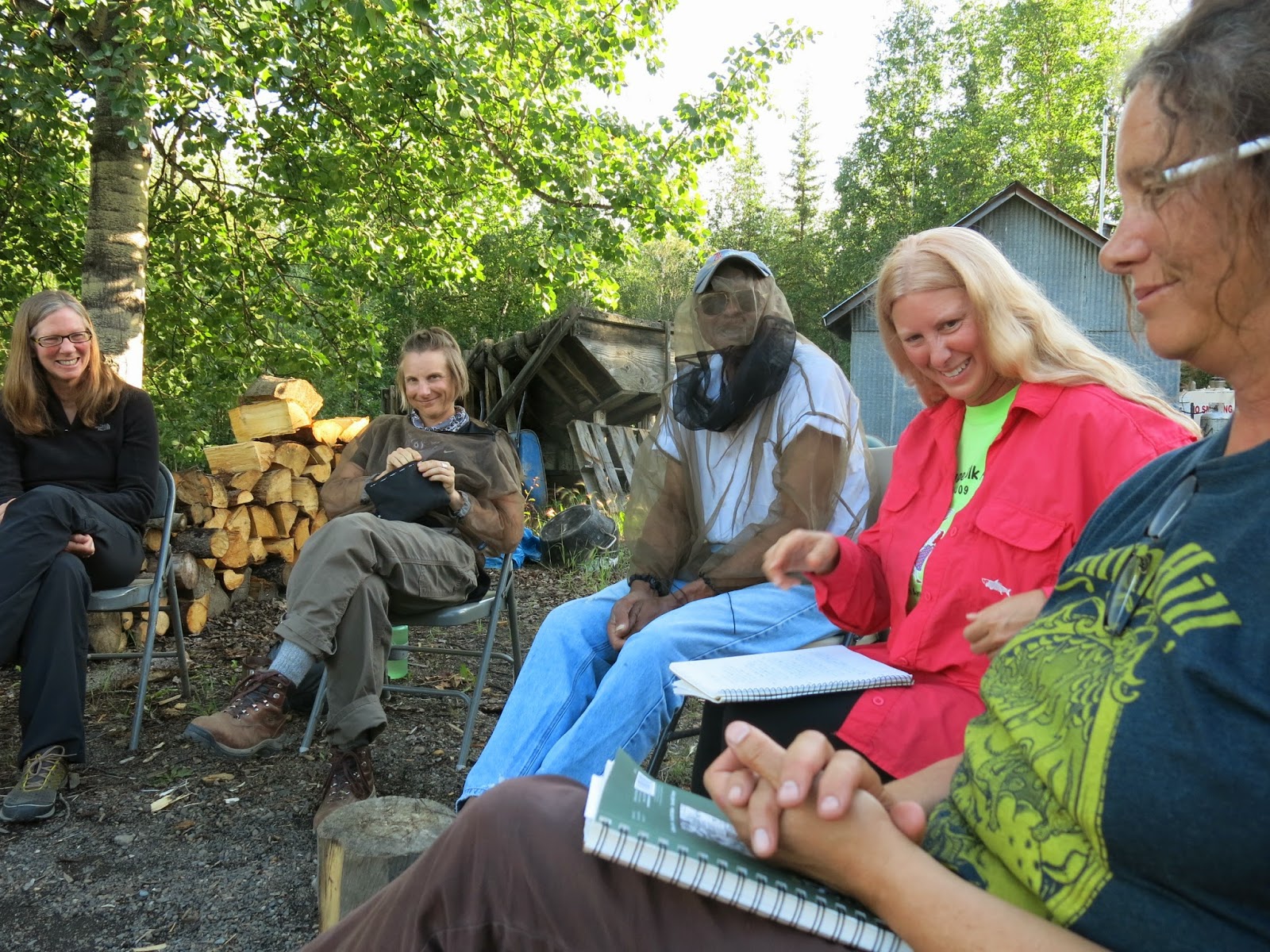 At the final group read-off: Laurie, Maria, Lloyd the cook, Jean and Monica. 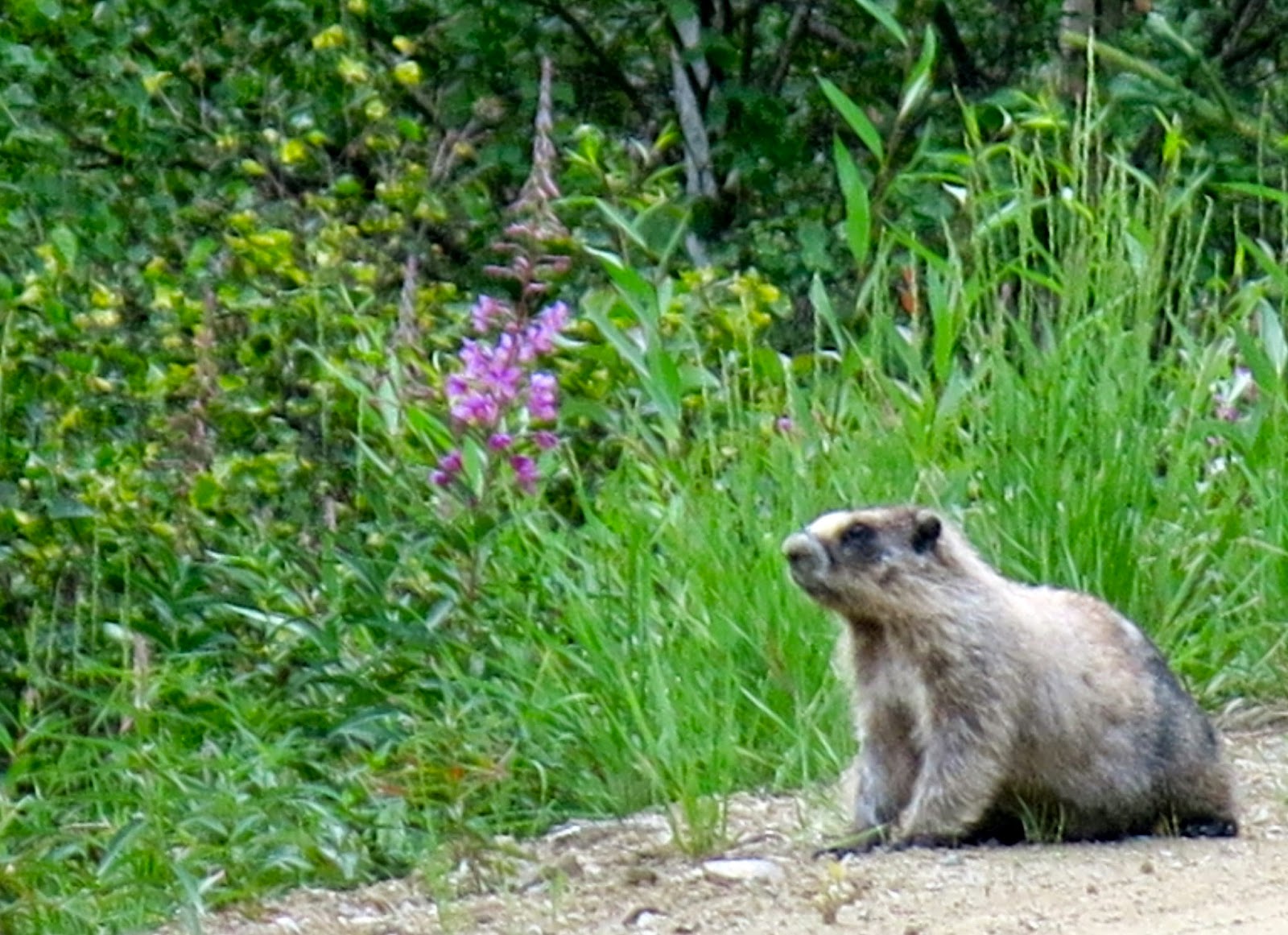 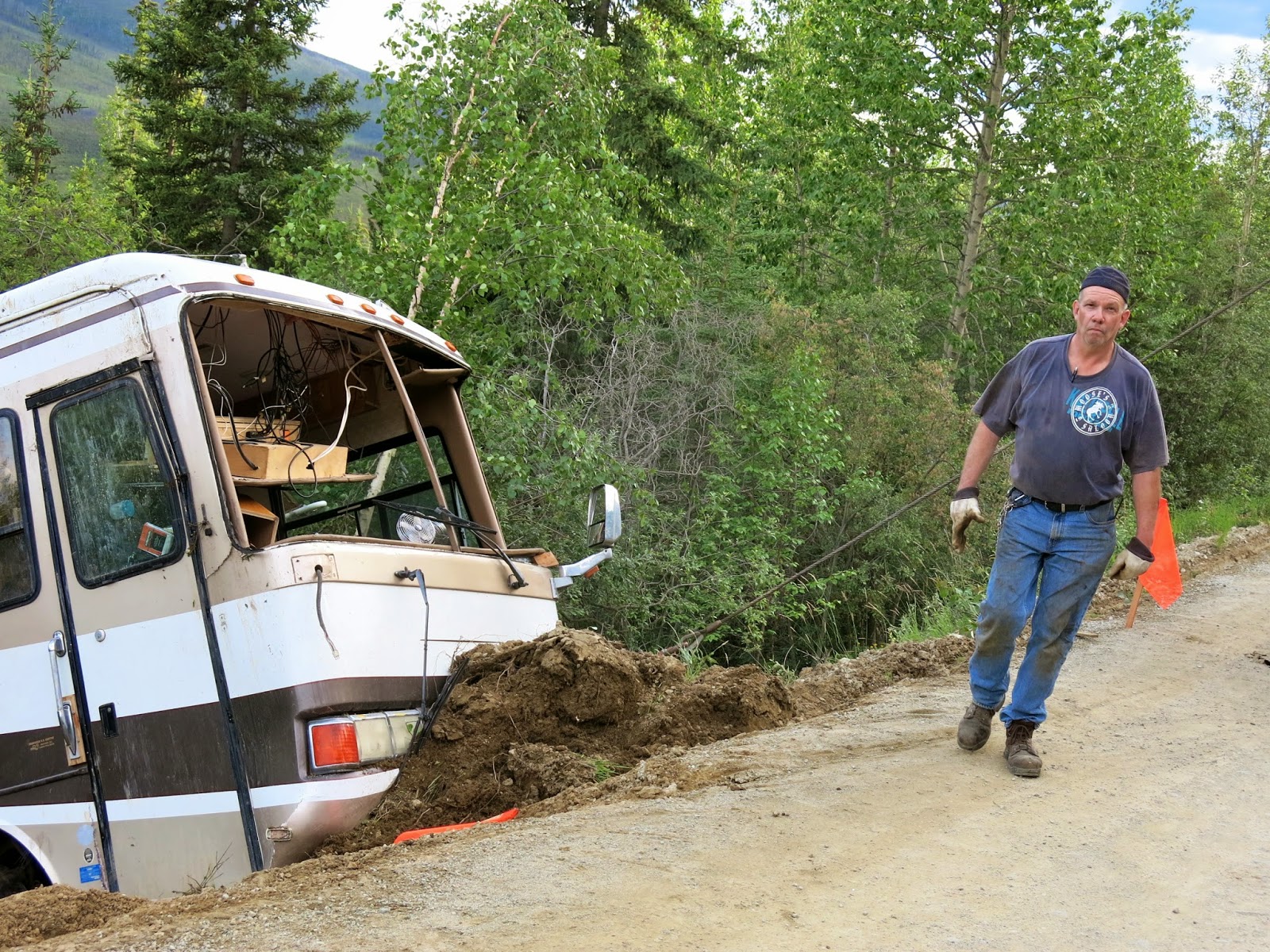 Best tow truck driver: Mike from Tok, here solving a problem that blocked the road for hours on the ride home. Mike once gave us a ride from outside Chicken to Tok as he hauled our broken Honda Civic in for a $900 repair. After a $900 tow. Don't break down at the Walker Fork. Or drive off the Taylor Highway.