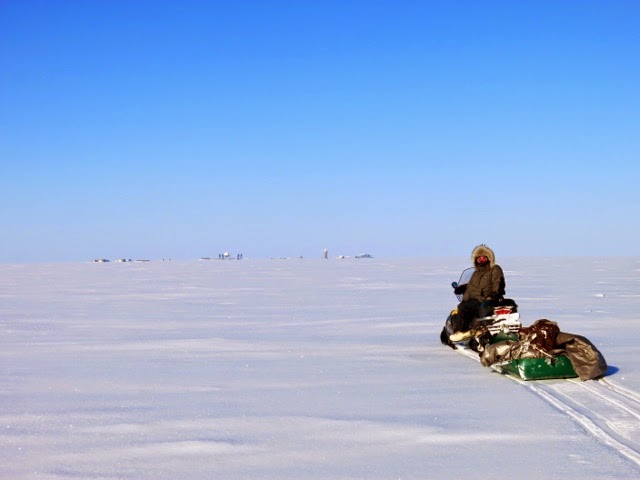 My guide/trailbreaker/chef/leader Ben Jones had some tasks on his lake-sampling trip that took us near Lonely Point, Alaska. We made a quick run to the end of the tundra, the beginning of the Arctic Ocean and a Cold War fortress, now deserted. 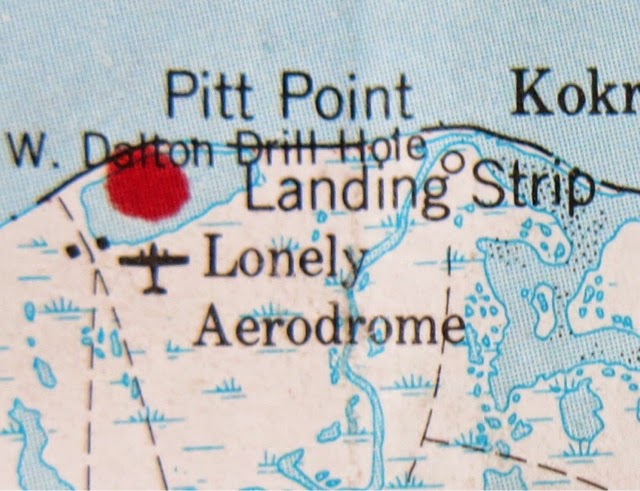 Lonely was born in 1957, when the U.S. constructed dozens of Distant Early Warning radar sites from the Aleutians to northern Canada. They were spaced about 60 miles apart on the northern coast of North America. 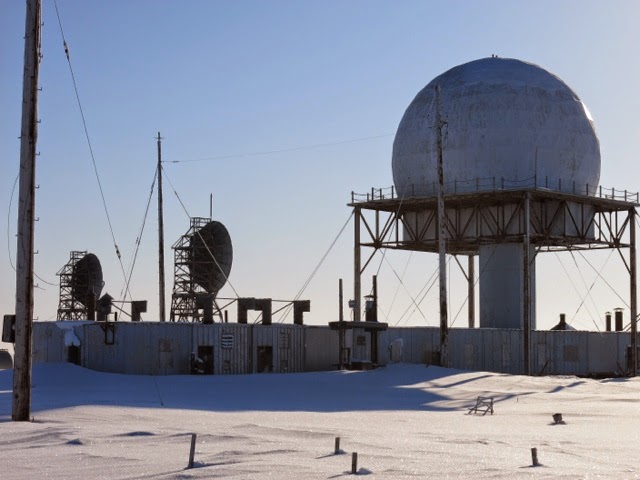 In this one skinny building under the radome, a few dozen guys pulled long shifts staring at radar screens, hoping they didn't see green blips coming over the sea ice. The DEWline sites were set up as a trip wire connected to the White House. If Russian Bear bombers heavy with nukes were heading for Chicago, these guys would see it first. 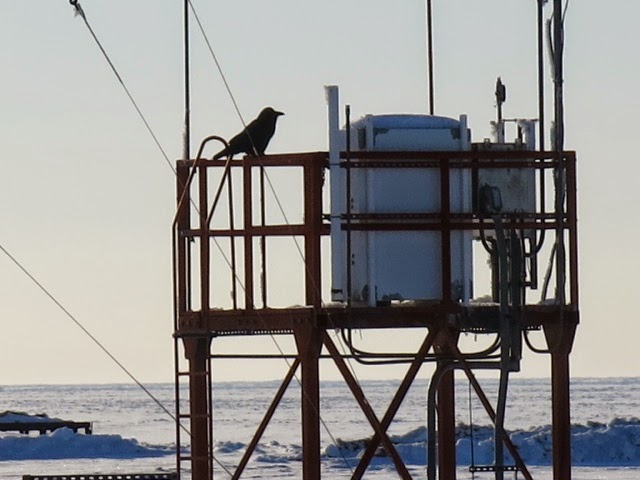 Happily the guys were just bored. Lonely is now abandoned except for a pair of resident ravens that roost beneath the cold tin roof of an old hangar. Their squawks and glunks made the place seem even more eerie, and Lonely has a high baseline level of spook. 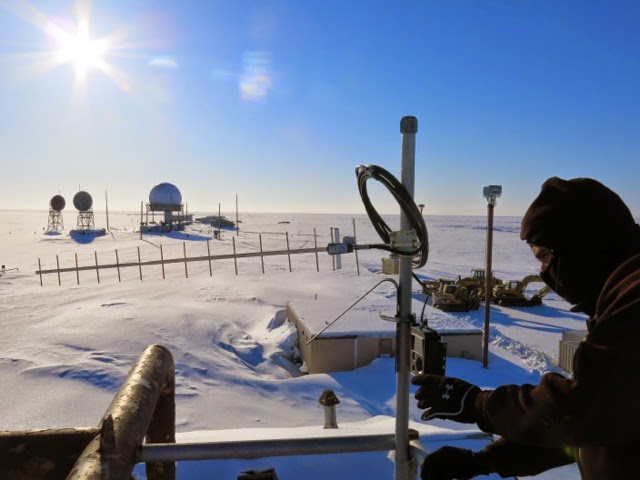 While there, Ben installed a weather camera on the old control tower. He aims it to a repeater on the tundra that sends a signal back to the Ben Jones cabin at Teshekpuk Lake, from where I'm writing this post.
"Just go explore the place," he said to me while he worked. "Use your headlamp to check out the old living quarters."
He added one thing: "Oh, and if you see a polar bear, rev up your snowmachine to scare it away." 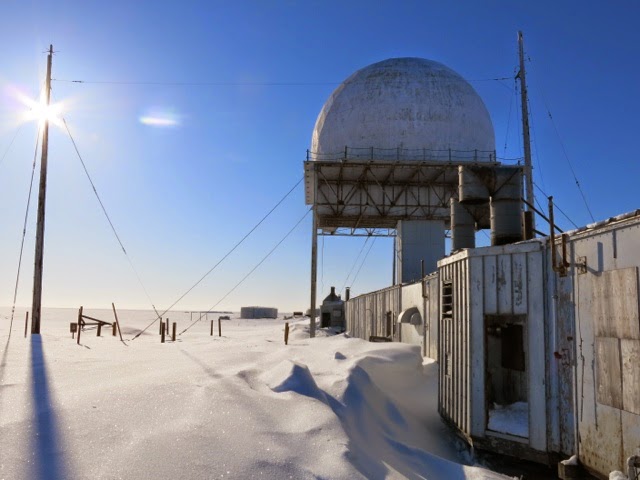 And so I slid down a drift and entered the creepy/cool complex. 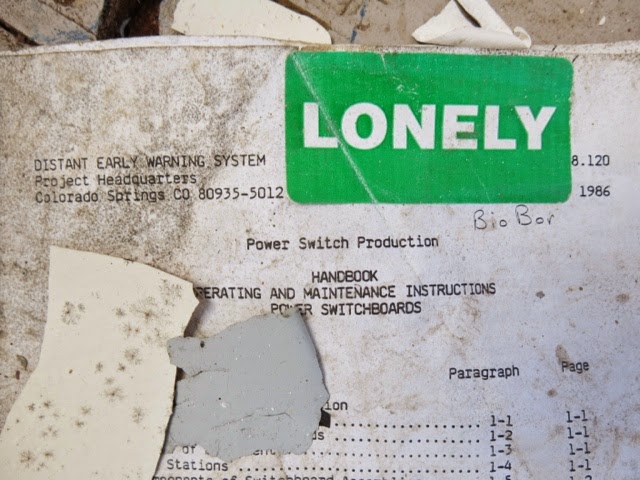 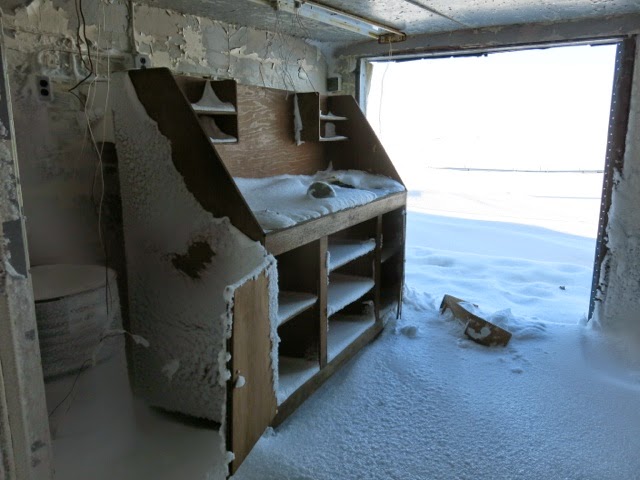 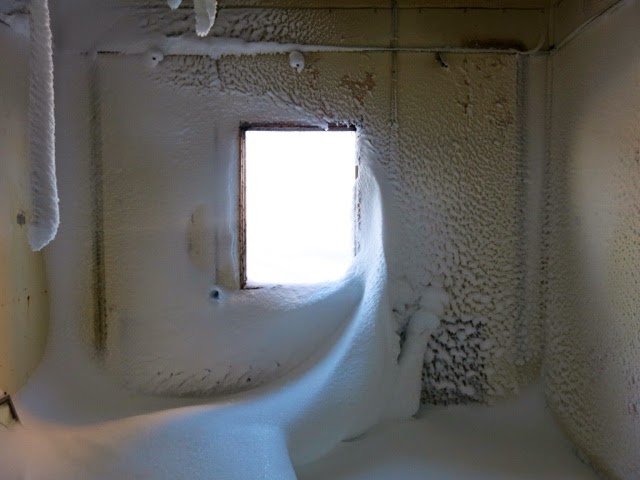 Someone's dorm room. With kitchen/radar/bar/bathrooms all in one building, guys didn't have to go outside. 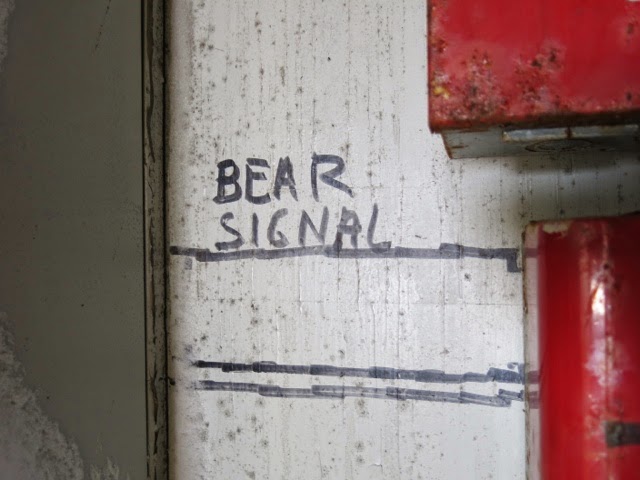 Further incentive not to venture into the cold wind: White bears with a meat-only diet live on the sea ice, which is a few hundred yards from Lonely. 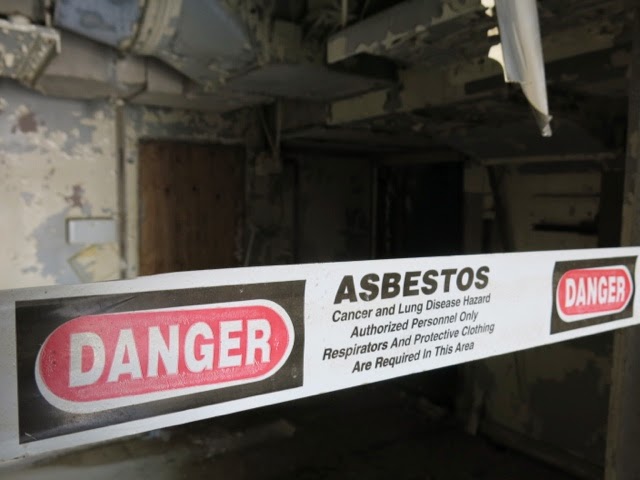 Contractors from Wainwright won the bid to dismantle/clean Lonely this summer and next.
Walking through the long corridor, imagining airmen and civilians calling their wives and girlfriends on the 60s-era phones covered with frost, I headed for the light at the far end of the tunnel-like structure.
When I got close to the light, this image fired every fear cell in my body: 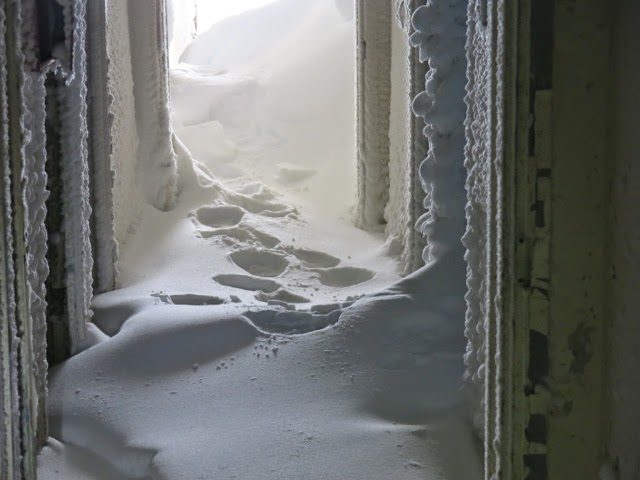 I had seen these rounded tracks before once, near Shishmaref. In this moment, I was terrified. For a few seconds that felt like hours, I could not move. The crumbs of snow told me the polar bear tracks were fresh. 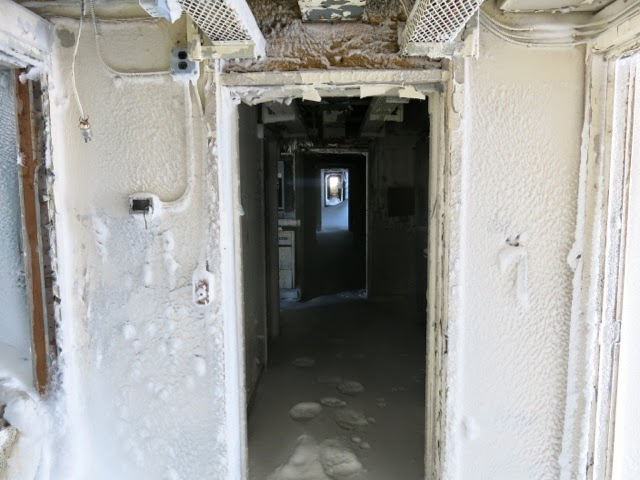 That exit would not do. Not breathing, I retreated the 100-yard length of the building, for the first time seeing polar bear tracks I had missed before. Shit. Thoughts of meeting a white bear in this tunnel upped the insane fright level.
I winced at the squeaks of my boots with each frantic step out of there. I emerged near my snowmachine like a freaked ground squirrel and climbed aboard to its relative safety. I fired the engine. then rode a wide lap around the complex looking for polar bear tracks leading in. I found none. Could a bear be denning in the house-size snowdrift at the terror exit? Probably not, but Ben and I never ventured to that snowdrift to find out.
I stared at the old living quarters for 10 minutes to the Lonely soundtrack of wind and a heavy power cable gonging against a metal light post. 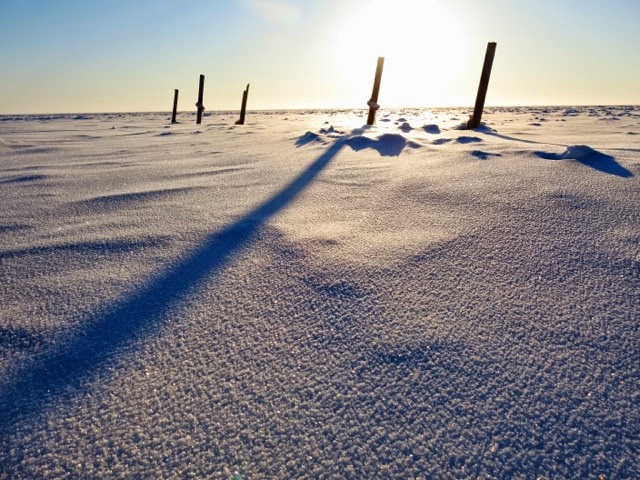 I was happy to return to the other human at the site. Ben installed another camera on one of these pilings that the Arctic Ocean is eating. While I held screws for him, my head swiveled like a radar dish. No white bears. Just a visit from three snow buntings that few over the sea ice toward the North Pole. 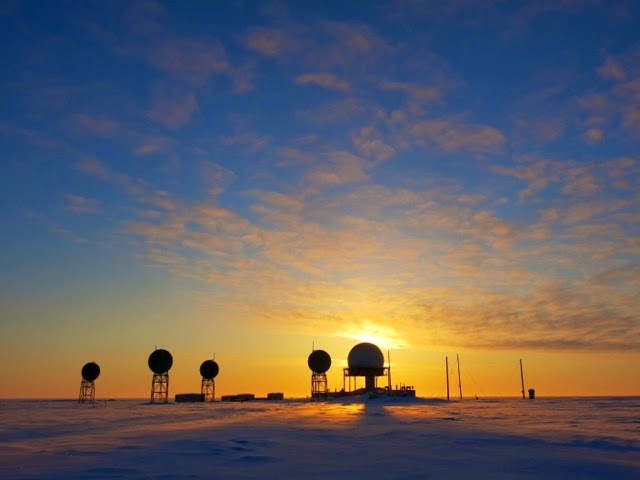