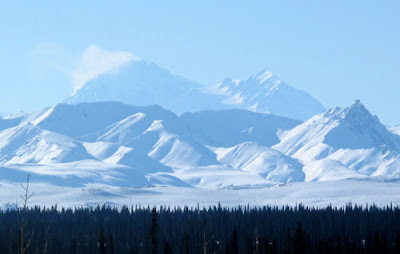 Made the very long drive to Homer for the Homer Epic 100K race. On the way down Denali was erupting with big wind off the South Peak. 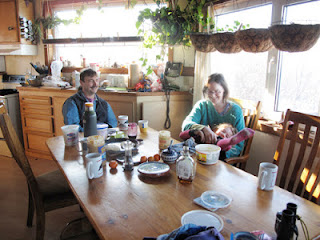 In Homer, our hosts Rich and Peggy Ellen, by entertaining a five-year old girl for an entire day, enabled Kristen and I to both do a race that would take us half a day. It was one of those noble acts in life that is almost impossible to repay. 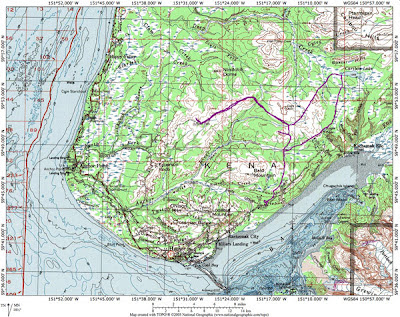 Course for the race is the barely visible purple line on the right part of the bottom lobe of the Kenai Peninsula. 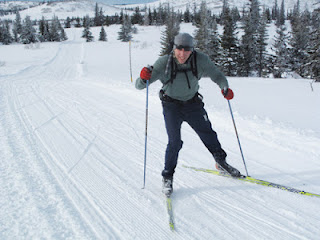 100K is 62 miles, which is exactly what my GPS read when I finished. Pete Alexson covered the distance in a ridiculously fast time, about as long as the average office worker spends on the job. Here he is coming back while I'm still going out. This is a long hill, one of many on the course. On one of the bomber downhills, my GPS said I was going 34 mph. 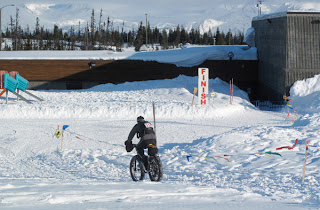 A fat biker from Anchorage won the race, though Pete wasn't far behind. 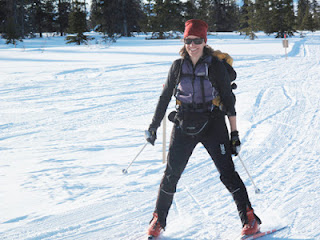 Nor was my lovely wife. We were thrilled to finish in daylight.

Iliamna Volcano, visible from the race course, puffing a bit of steam. 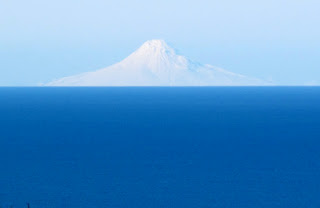 Augustine, also in sight, is one of the cooler volcanoes on Earth. 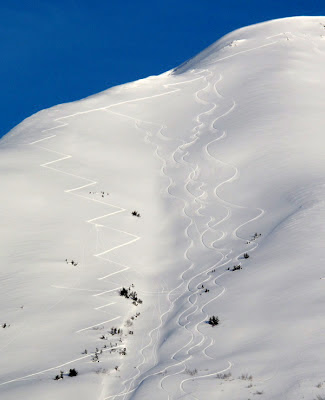 On the drive home, some cut tracks in Turnagain Pass And a sunset over Cook Inlet, with miles to go before we sleep. The race and visits with friends were worth the 1,000 miles we put on the Honda with a cooperative little girl chatting almost nonstop. "What state is Homer in?" Good question.