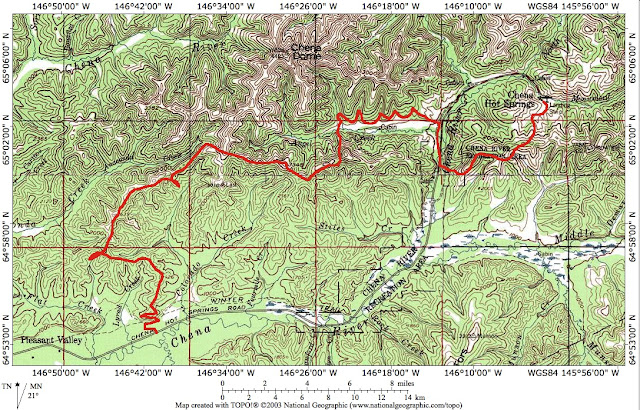 The second annual summer ultramarathon in Interior Alaska, the Angel Creek 50 miler. I was on board this year after watching buddies run in through a tempest last year.

The course has some great hooks: coverage of almost all of the Chena River State Recreation Area, where we have boated, hiked, skied, camped and ran so many times. Traverse of some of the high country and a few rugged miles of the Chena Dome Trail, which doesn't see many footprints.

A crazily technical course featuring areas of no trail, pointy rocks, killer uphills and swampy lowlands along with a few bridge-less creek crossings.

Drew Harrington dreamed it up. He's one of the race directors and wanted a course that kept throwing obstacles at people. He succeeded. Here he is running last year's race just before a cold hurricane blew in. 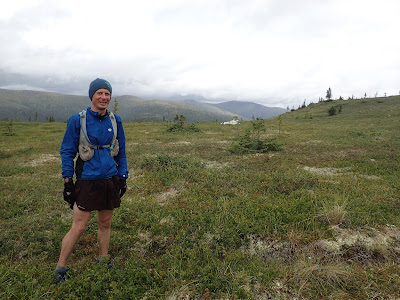 This year we had a warm hurricane, with buckets of rain after the 5 a.m. start. Hail the boy scouts who camped out to create Checkpoint 1, which is 7 miles into the race. 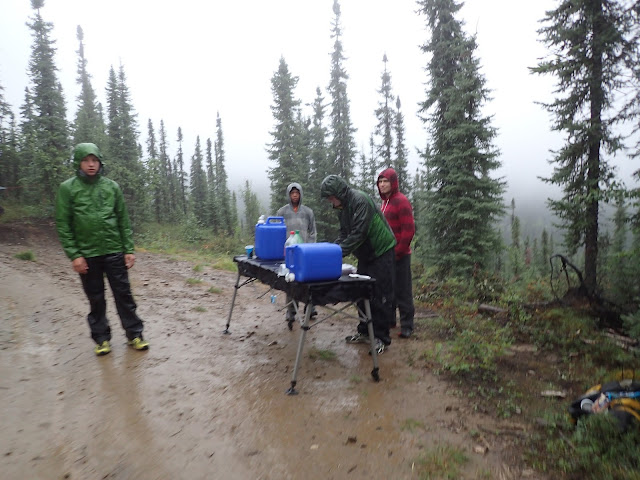 A few hours of slow ascent followed. A few race veterans said to run the uphills early and on Angel Creek trail because a low percentage of the 50 mile course is runnable. I thought of Eric and Tom as I chugged slowly along. Their words made a difference in a few hours.

But in the early morning climb, the world was getting foggy. When the four-wheeler trail ended at the high Chena Dome trail, which is not burned in by the few footfalls it receives each year, navigation became stressful. 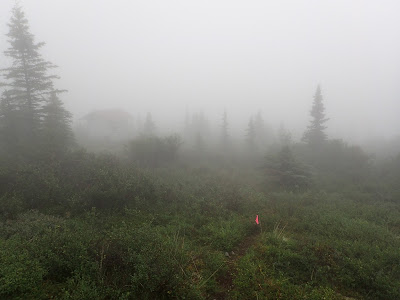 This is Checkpoint 3, the Chena Dome trail shelter. It could not be seen until you were 25 feet away. 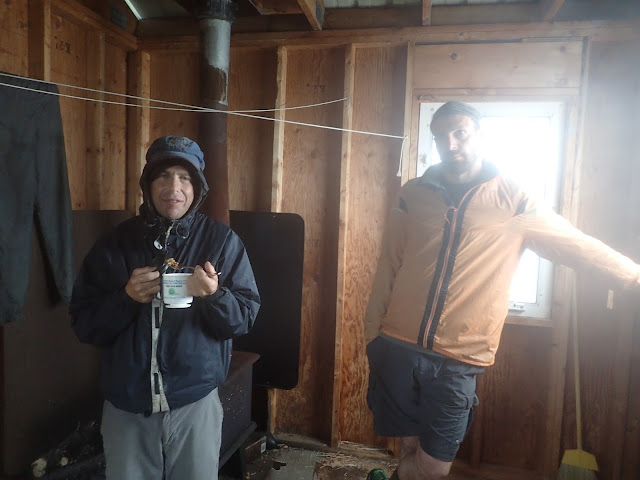 Inside the Trail Shelter were my buddies Andy and Chris. Andy handed me a hot Via. Chris gave me some of his lunch. They would have their own adventure trying to depart in the cloud an hour later. 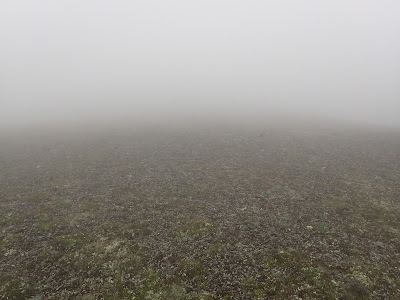 Past the trail shelter, into the cottonball. I've been up here about six times. This was the worst visibility. No trail, squinting for rock cairns and tiny red flags. Here, runners clumped up to navigate together. I caught up to Tammy Walther from Little Rock and we walked together from marker to marker. We soon found Anna Worden heading back to us. Then we three slowly made sure not to drop off the ridgetop. 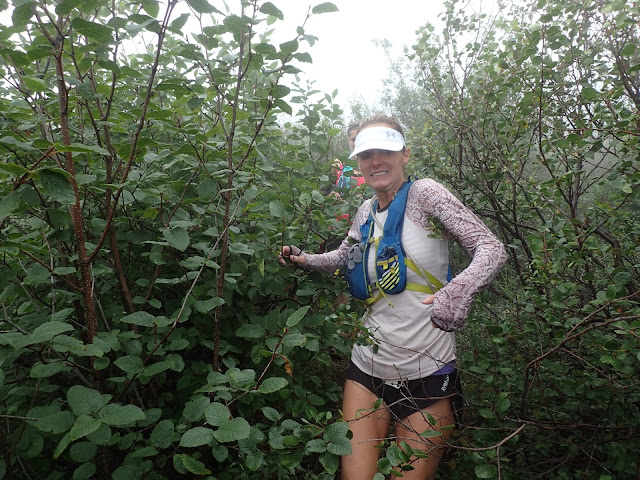 Tammy from Little Rock has done a few hundred milers. She prefers to road run, but signed up for the Angel Creek 50 Miler for something totally new. She said the AC50 was harder than the Badwater 135, in which runners pad along through Death Valley on the asphalt in July and temperatures rise to 120. 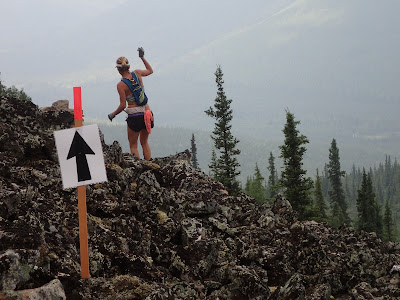 As Nansen said, "Everything ends and so did this." We finally descended from the cloud and the trail headed toward upper Angel Creek and the cabin checkpoint there. This section of loose scree was not fun. Tilting, slippery rocks 30 miles into your day. 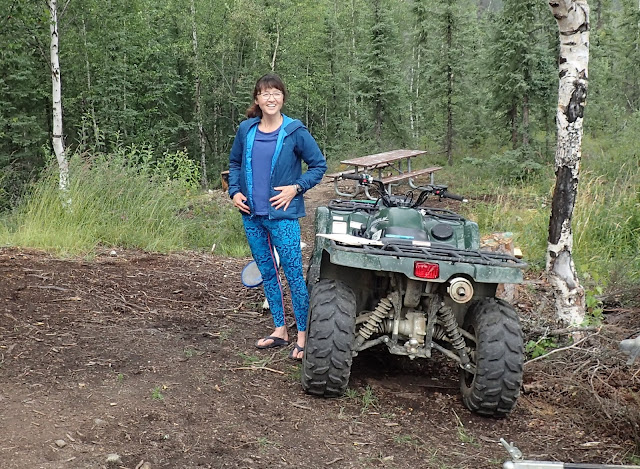 Then, more familiar smiling faces at Upper Angel Creek Cabin. Kim and family where there, as were racers' drop bags. I changed into dry socks and got going for the runnable six miles that were ahead. Kim's husband Steve said we had about three hours to make it to Angel Rocks trailhead, where volunteers would stop us if it was after 6:30 p.m. I did the math on that 9 miles and realized at my pace beating the deadline was not a gimme. 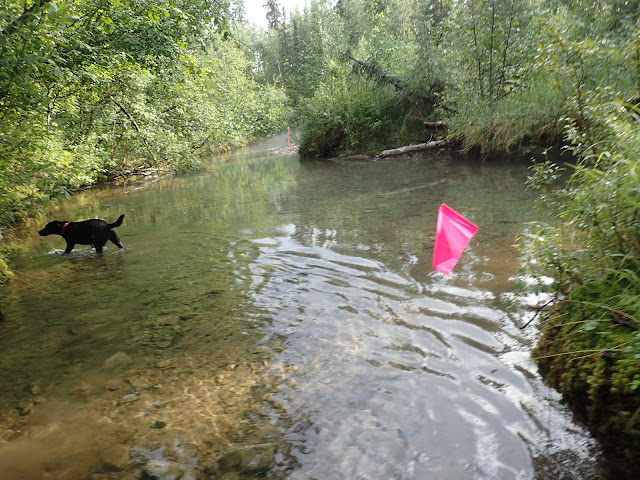 Just before Angel Rocks, Drew leads runners not over the highway but the winter trail that parallels the road. Here's where the race course crosses Angel Creek. My friend Jen had hooked me up with Cora a few miles back as she walked into upper Angel Creek. 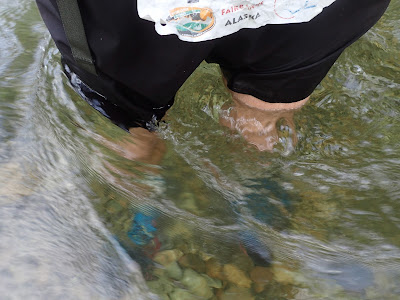 Pete Hjellen passed me on the winter trail and was jogging the bog so fast I couldn't catch him. He had missed the deadline the year before by three minutes. I don't carry a watch but Pete said we were ok on time when he passed. 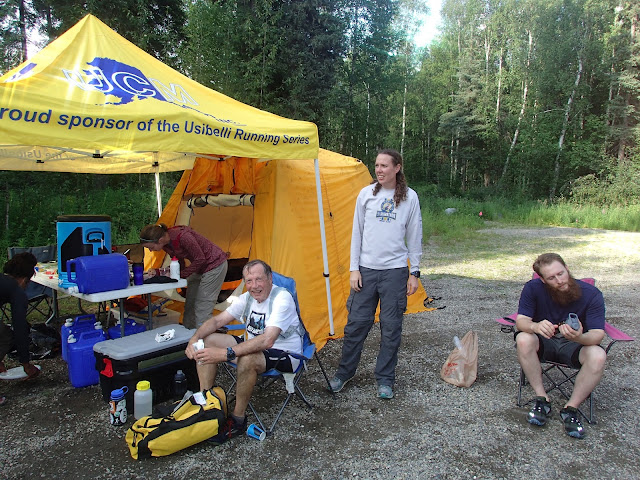 The final lovely checkpoint and beautiful volunteers. Pete is smiling because he made the cutoff this year. So did I. Cutoff time was 6:30. I arrived at 6:26. 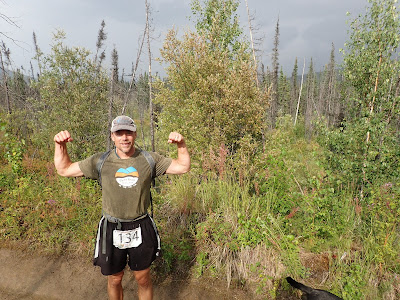 photo by Jeffrey Oatley, who was picking blueberries

The pressure was off, the weather was beautifying and the terrain was steepening on the Angel Rocks trail. 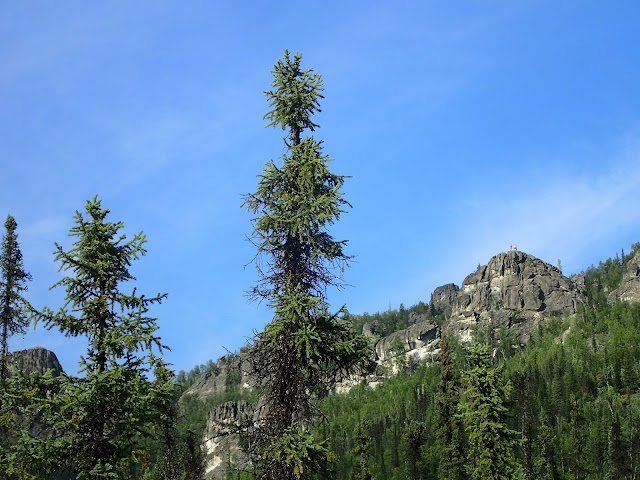 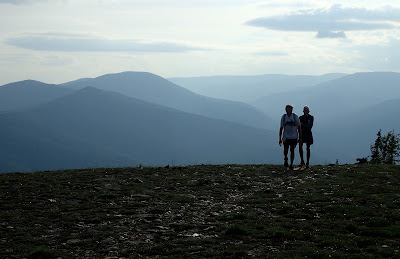 Pete and his friend Dale Fiest, there to pace him on the final 8 miles. Behind are the hills from which we came. 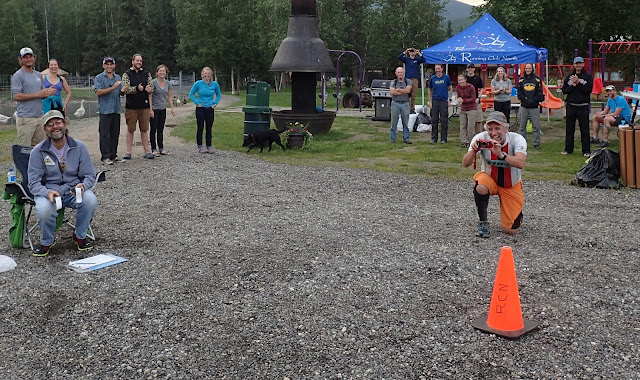 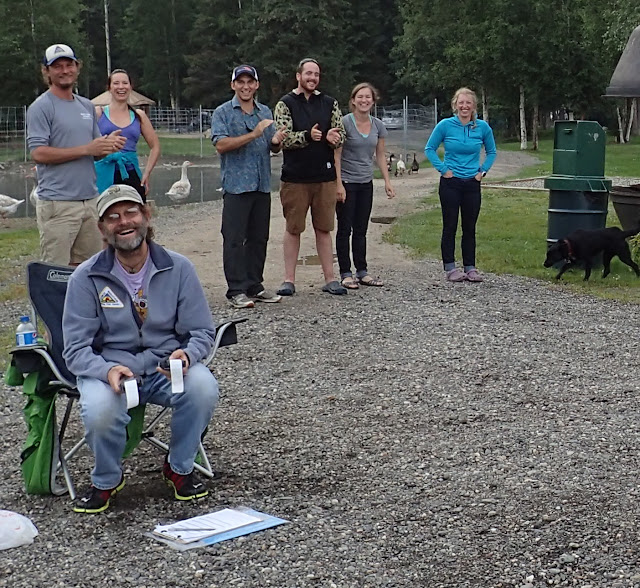 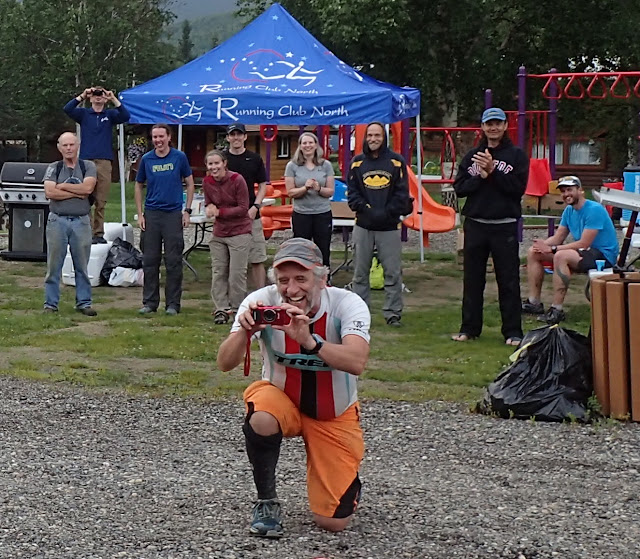 The fantastic finish, about 17 hours after the start. Most impressive was the presence of Matias Saari, in hooded sweatshirt. He won the race eight hours earlier. No one was within an hour of him. 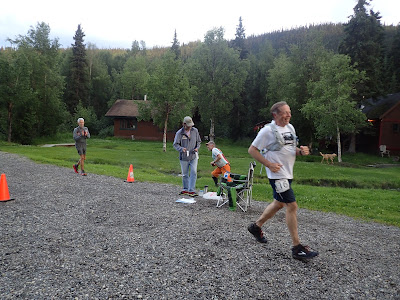 And the final fantastic finish at Chena Hot Springs resort, by Pete. Time for a burger and a soak.