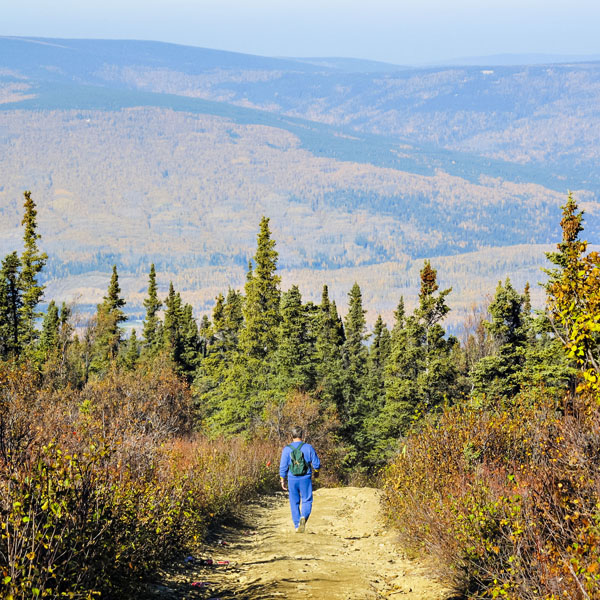 He walked the race many times, sometimes in Hush Puppies. In 2010, he finished the race at 5:22 p.m. after starting at 8 a.m. I took this photo when he passed me and Anna and Poops. We were also walking.

One year, I don't remember which, after going to the post-race banquet, I drove past the Patty Center, where the race starts and finishes, one last time, just because. There was Ted, hitching in on tender feet. I stopped the car to watch him cross the imaginary line (the finish crew had gone home hours before). All alone, he walked over to a picnic table, and sat down. One of my favorite Equinox memories.

Thanks for sharing Ned