Imagine, for a moment, this dream scenario. You, after a conference, have a few days of Me Time. You also have a friend willing to drive you to Death Valley and pay for the trip. He will also execute a difficult Jeep shuttle for you as he wanders the valley looking at stars through a giant set of binoculars. You are accustomed to air so cold it nibbles your cheeks like a rat, but the forecast for the next three days calls for highs in the 70s, lows in the 40s. Yes. 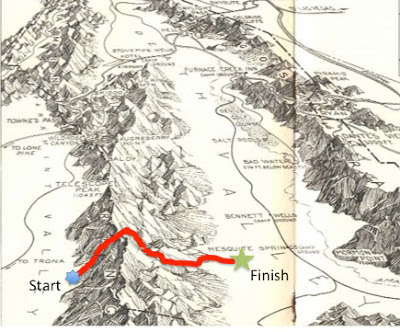 The route: Up and over the Panamint Range, walking up a canyon from Panamint Valley. Cross over an 8,000-foot pass and descend to a few hundred feet below sea level to Death Valley. Eighteen miles. 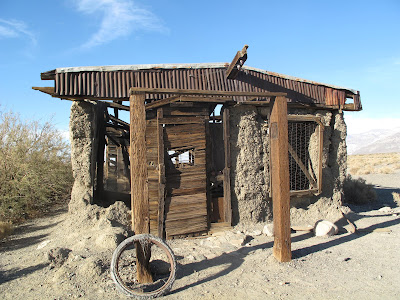 Ballarat, where we started, a ghost town that lived and died in the late 1800s. 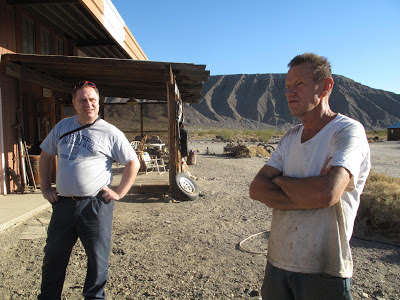 My buddy since Skarland Hall '86, John Arntz, left, with the only resident of Ballarat, desert rat Rocky Novak. 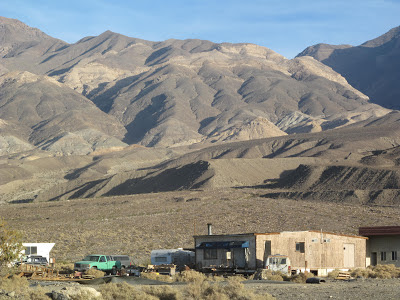 Rocky's compound on the floor of the Panamint Range. 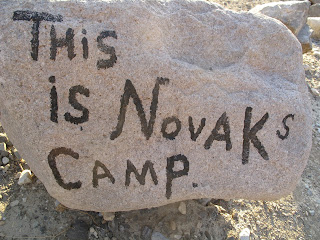 We car-camped the first night at Rocky's place in Surprise Canyon, which is "Chris Wicht Camp" on topos. 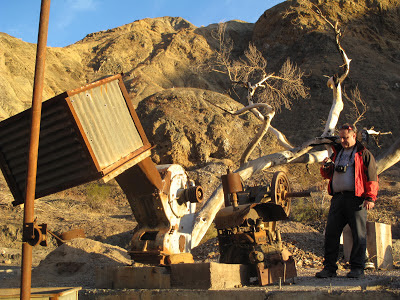 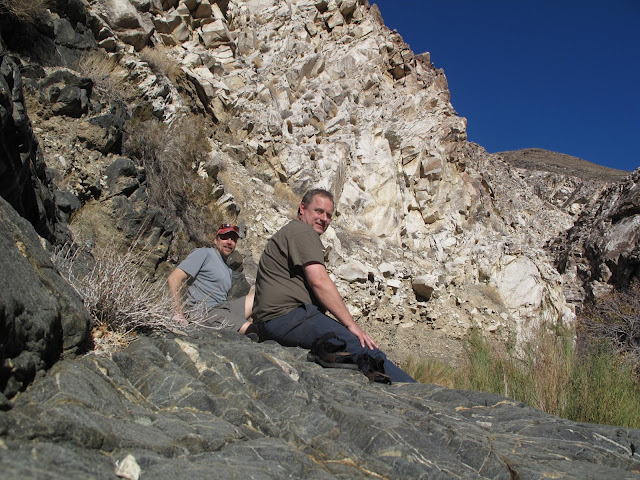 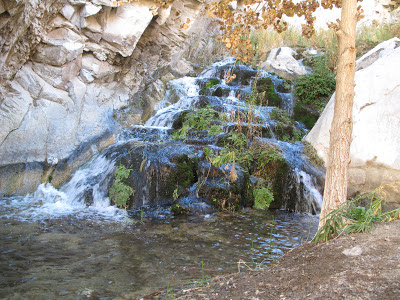 The surprise within the canyon and a rarity in Death Valley. Water! 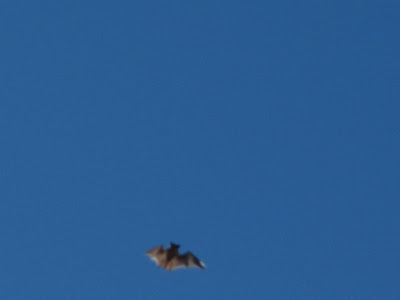 A western pipistrell, the smallest bat in the U.S., hunting the daylight at Brewery Spring. 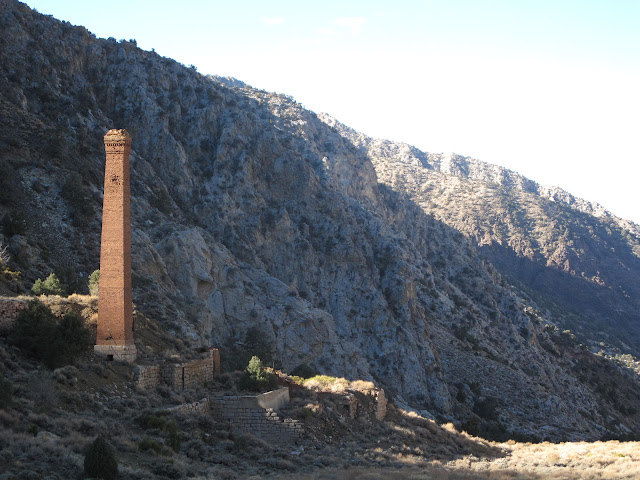 Panamint City! Another ghost town, this one seven miles up Surprise Canyon. Home of outlaws avoiding the sheriffs. Until they found silver, when this processing plant went up from bricks carried up the canyon and Panamint City became something close to one. The absolutely perfect place to read a Louis L'Amour novel. 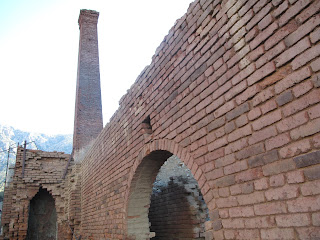 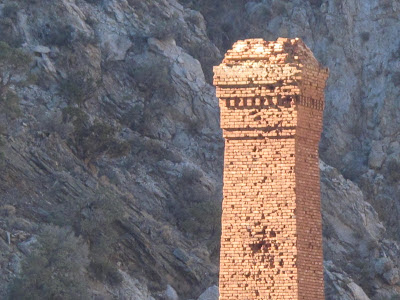 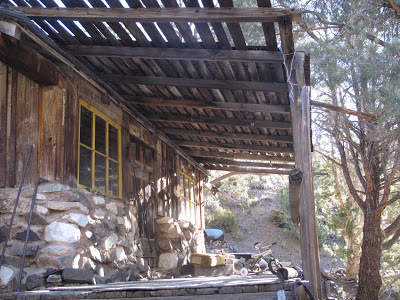 Porch of "The Castle," the best shelter left in Panamint City. I slept outside a less clean cabin, "The Hilton," because a packrat was rustling inside. Water used to flow from faucets inside both structures, but the taps no longer work. 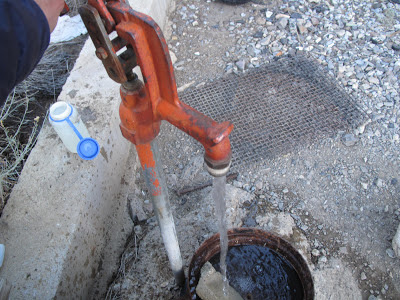 This pump did. The last water to be found for 10 miles. 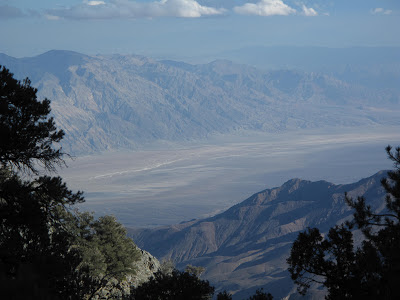 After a pleasant three-hour uphill walk from Panamint City, the first view of Death Valley. 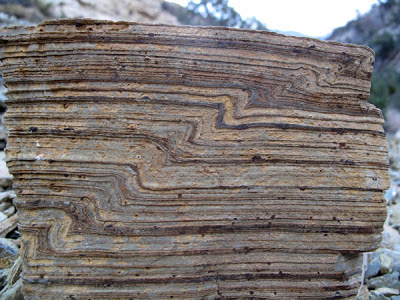 Much artwork on the trail-less, water-less descent of Panamint Pass. 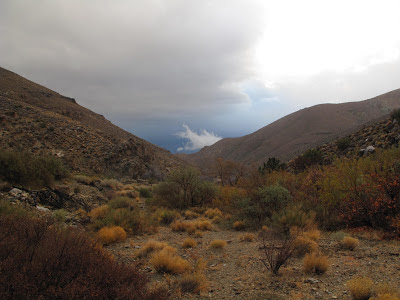 I bivvyed at headlamp time when I first hit water, at a place on the map called Hungry Bill's Ranch. 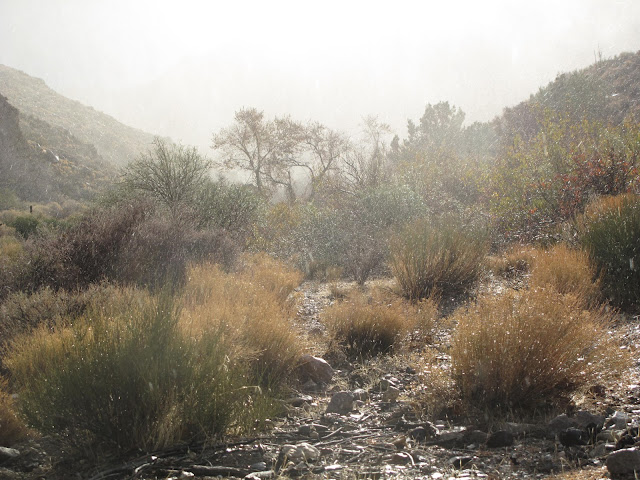 That night, and the next morning, desert rain. Ever smelled the incense of wet creosote? 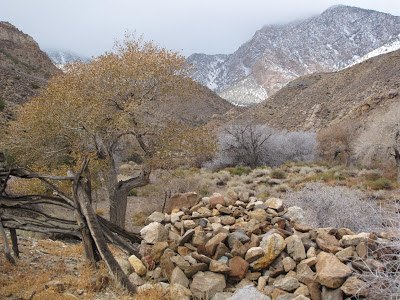 The only signs of Hungry Bill at his 1870s ranch were a few stone walls and trees still dropping fruit more than a century after he planted them. Rain on the creosote bushes down low was snow on the pinon pines up high. 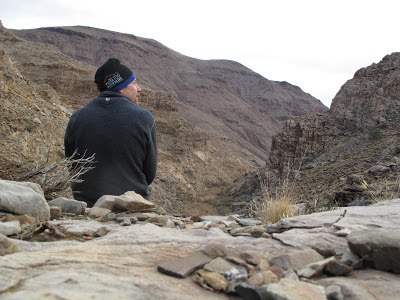 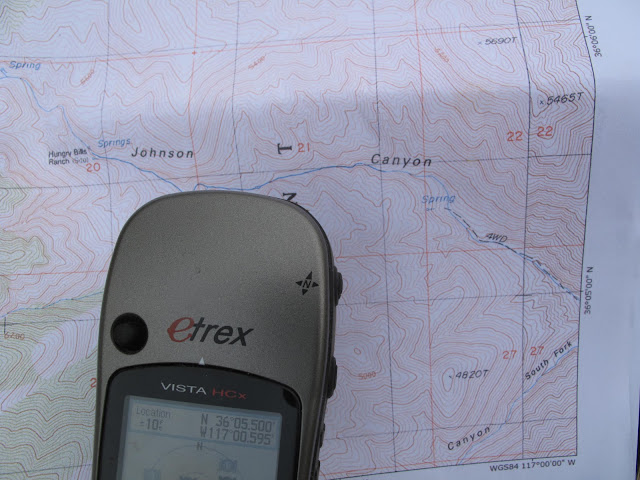 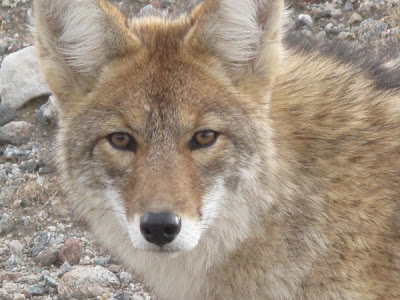 Wanted a snack. Didn't get one. 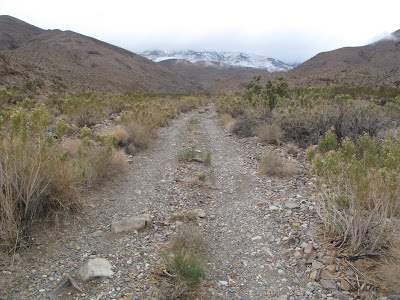 The lovely foot path that wound through Johnson Canyon degraded into 4WD road. The end, and the floor of Death Valley, sigh, was somewhat near. 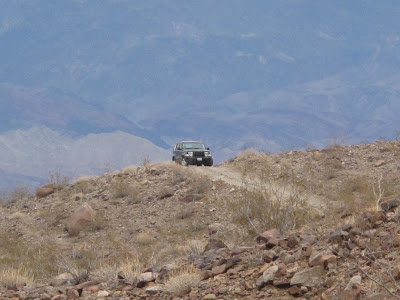 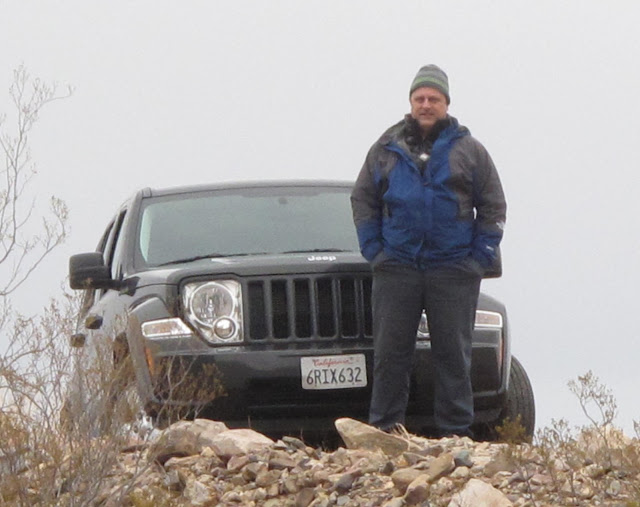 A comforting image I've seen many times — all along the pipeline, last at Pump Station 1; by my side for 12 hours with Anna and Poops at the Equinox Marathon; in lovely Spink, South Dakota; just past security, waiting for me, many times, at San Francisco International. Yes.

I'm interested in one of your photos for a book I'm producing on Death Valley. Please send me an email to discuss.