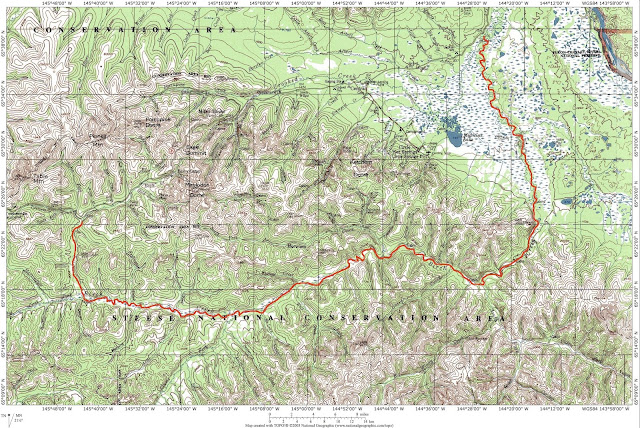 Trip summary: This large group ran upper Birch Creek's first 100 miles over the Memorial Day holiday and then some, with seven days on the river and seven campouts. Despite such a party size, there was always room on gravel bars for everyone to have plenty of space.

We put in on Eagle Creek (between 12-mile and Eagle Summits on the Steese Highway) at a BLM gravel lot also good for camping (and it has a nice outhouse, just like the takeout). It's the same spot a few of us have caught the Yukon Quest trail in February for a ski to Chena Hot Springs road.

The 10 miles of Eagle Creek to where it intersects the Harrington Fork of Birch Creek had plenty of water. The Bairds, both former river guides in Haines, never got the raft stuck. Eagle Creek is fun and splashy with S-turns and many sweepers. Garrett removed a few of those for us. 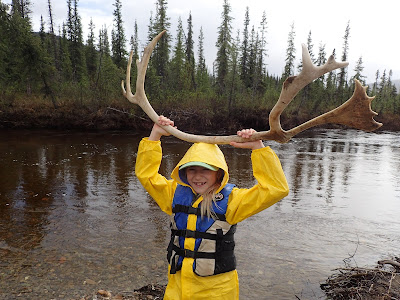 There's not much room to maneuver in this section. We tipped the inflatable kayak and lost a paddle and dumped one of the canoes right before we camped, losing another paddle. If you found any paddles on Birch Creek . . .

The water from Harrington Fork made the river much bigger about 10 miles into the trip: 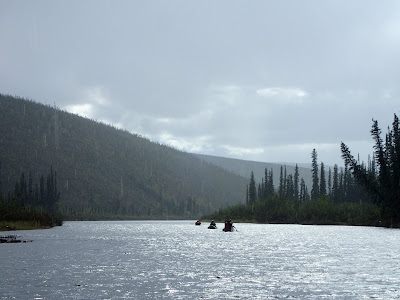 We all got to see this guy, who tolerated the whole flotilla: 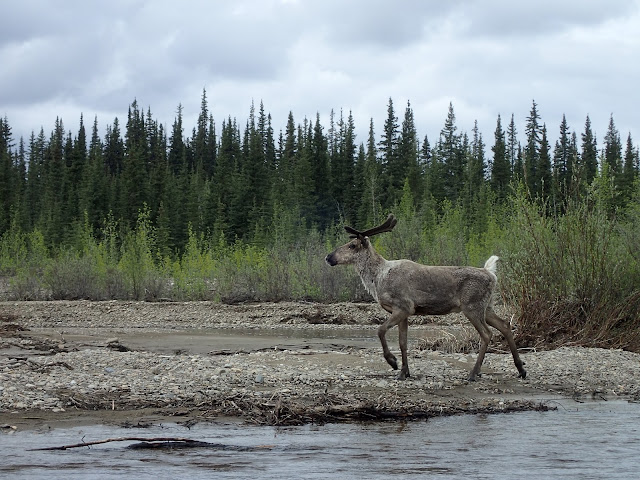 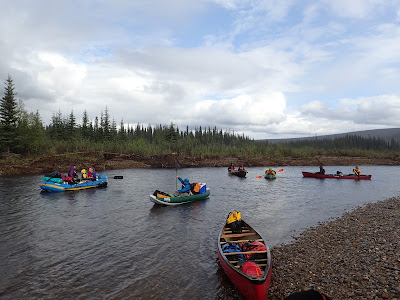 We hit three sections of rapids (in quick succession) between Clum's Fork and Thomas Creek. The first showed up at a big bend to the left just after McLean Creek. 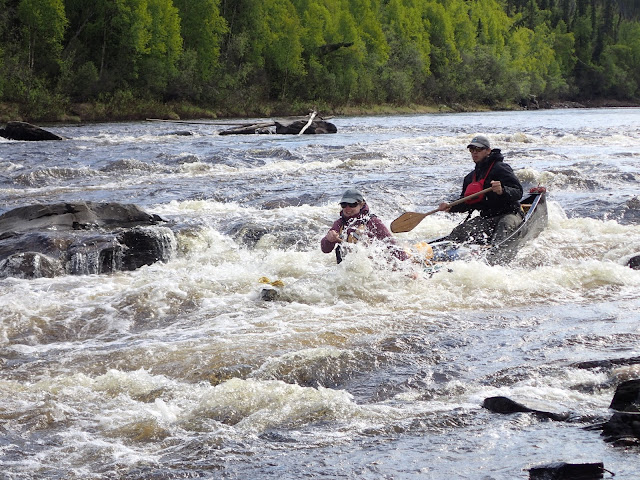 Garrett and Brenda run the first rapid in their 16-foot green canoe. They ran all the whitewater in great style. They are expert canoeists and wilderness guides.

Shotgun Rapids is the final frothy water. Cameron splashed through with his packraft. G and B slid through with grace. We portaged one canoe and ran the inflatable kayak and another through just the second part of the rapid after lining the boats through the upper part. All the girls got on Becky's raft: 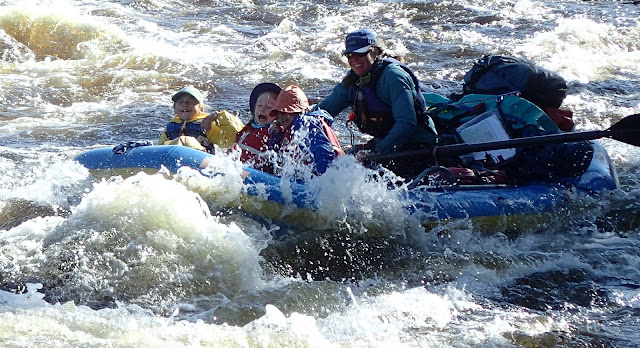 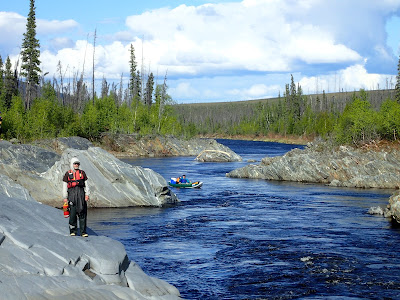 Helpers stayed downstream with throw ropes that weren't needed by humans. But Cora jumped in behind Kristen. Becky and Garrett saw her get "Maytagged" in a hydraulic. She's a good swimmer so it was kind of funny. Her head is the black dot about to get pulled under for a good washin': 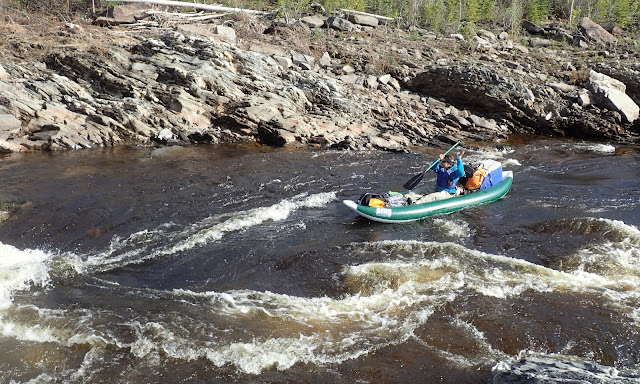 The water mellowed after Thomas Creek, but it featured enough sharp turns and wave trains to remain extremely fun and keep us awake. And, my favorite part, there were wolf tracks on every bar. 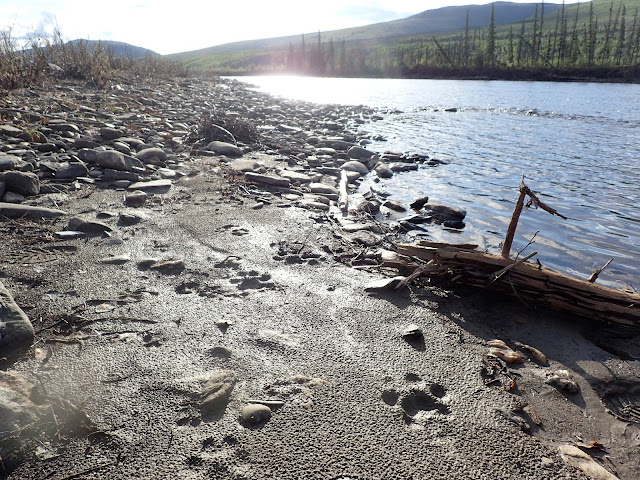 About 3/4 into the trip, the South Fork of Birch Creek enters river right. It dumps a lot of water in (looks like a fun packraft out from Big Windy Hot Springs 8 miles up). There is also magnificent camping here at a high bank sheltered with 200-year old spruce. 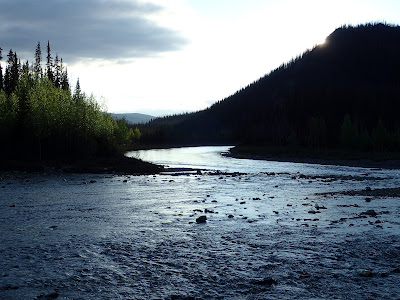 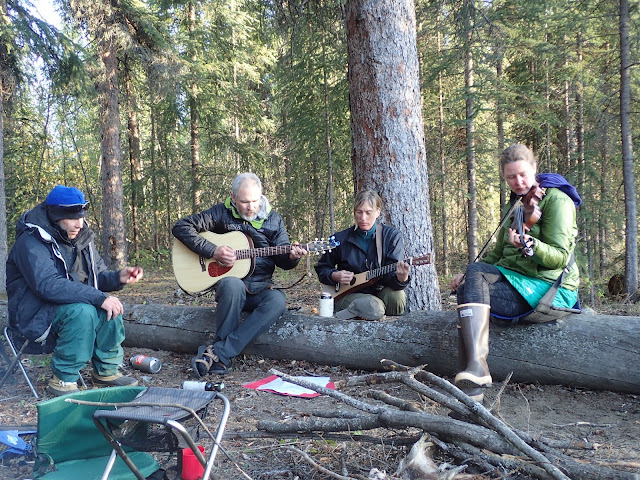 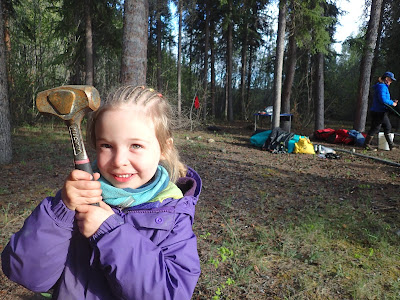 Skylar found a hammer. Most useful for tent stakes 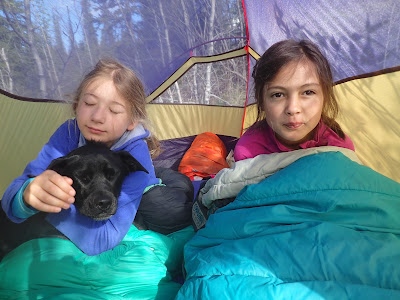 Girls pitched the tent themselves! A new era. 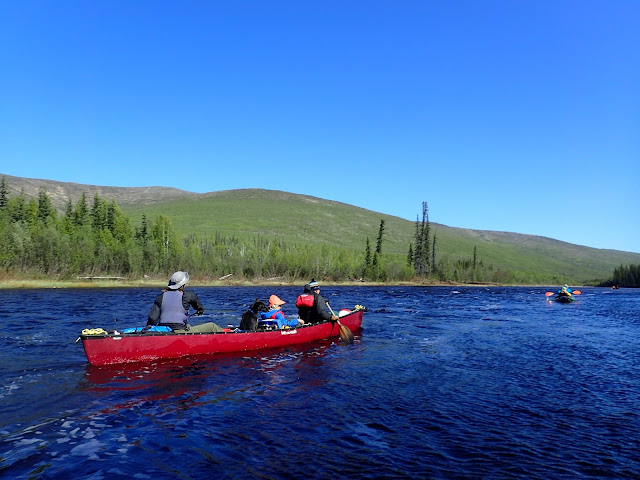 The weather continued to fantastic up as we boated out of the hills and into the flats between the South Fork and the takeout. 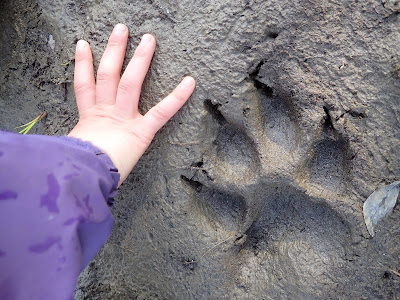 Drifting into the flats, crescent bar after crescent bar . . . And here the water slowed a bit, to a 3 mph drift when upriver it was 5 mph. 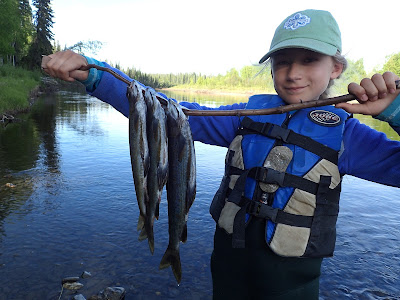 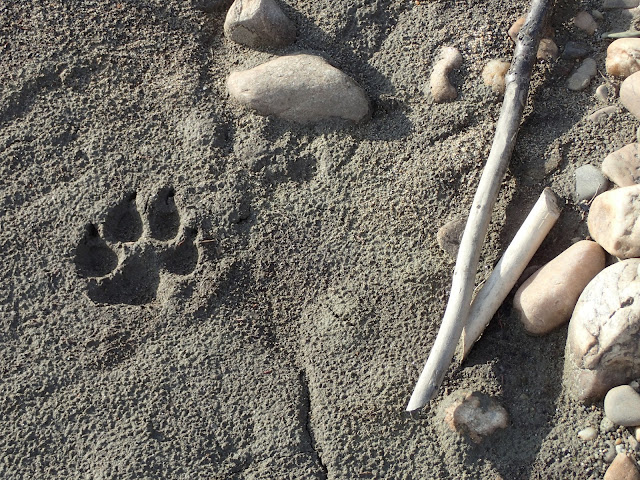 A few of the party saw black bears. We all saw moose. Singing birds were a constant pleasure, with Wilson's snipes, Swainson's thrushes, water thrushes, yellow warblers, kingfishers and other favorites. A regal trumpeter swan let us all float close.

The takeout was a mudpit we had marked on our GPS devices. It was extra buggy to help us pack up fast.

We had a nice clean run on Birch Creek except for the lost paddles. It was a great wilderness float. The only man-sign was a few coals at obvious campsites and a blue bucket and few other pieces of plastic. And there were wolf tracks on every bar. 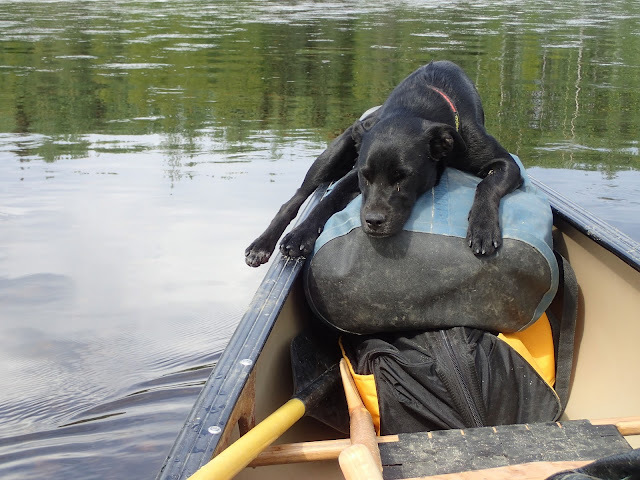 Good news this is to everyone out there with different health challenges, as I know there are still a lot of people suffering from different health issues and are therefore looking for solutions. I bring you Good news. There is a man called Dr ehiaguna a herbal practitioner who helped cure me from HSV (2), i had suffered from this diseases for the past 5 years and i have spent so much money trying to survive from it. I got my healing by taking the herbal medicine Dr ehiaguna sent to me to drink for about 14 days . 3 days after completion of the dosage, I went for a medical checkup and I was tested free from HSV. all thanks to God for leading me to Dr ehiaguna who was able to cure me completely from this deadly diseases, I’m sharing this so that other people can know of this great healer called Dr ehiaguna because I got to know him through elizabeth who he cured from HIV. I was made to understand that he can cure several other deadly diseases and infections. Don’t die in ignorance or silent and don’t let that illness take your life. Contact Dr ehiaguna through his email  drehiaguna@gmail.com You can also whatsapp/call him on:+2348073908953 . Visit his website  https://effectiveherbalcurehome.blogspot.com/   He cure all forms of disease {1}HIV/AIDS {2}DIABETES {3}EPILEPSY {4} BLOOD CANCER {5} HPV {6} BRAIN TUMOR {7} HEPATITIS {8}COPD{9} SICKLE AND ANAEMIA.etc Be kind enough to share as you received.