The Arctic coastal plain, midway on the journey from Toolik to Teshekpuk 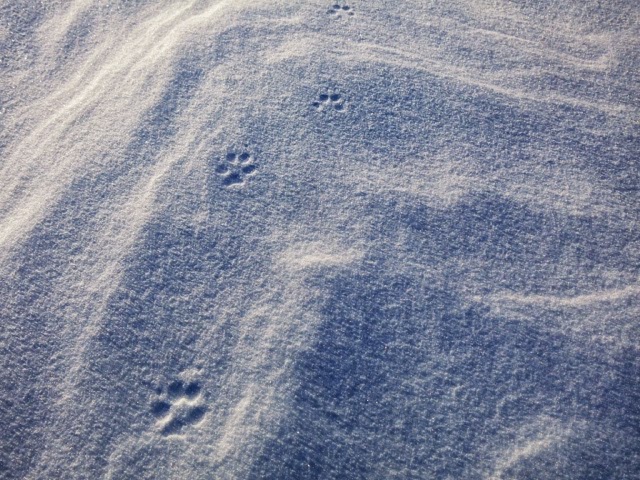 Arctic fox near our campsite west of Nuiqsut. 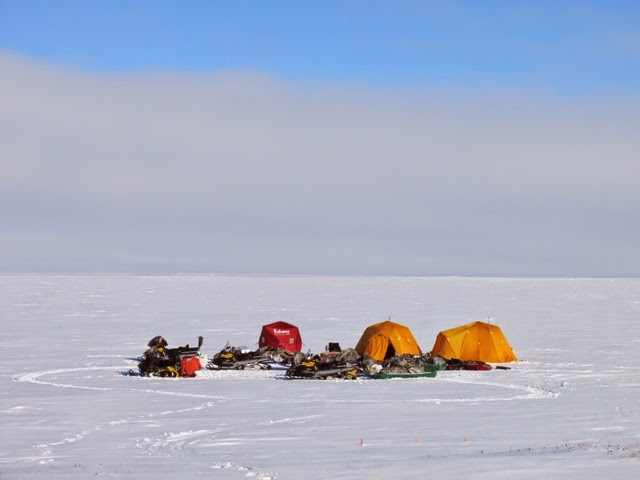 Set up on a lake Ben, Chris and Guido are studying. Hard for the average man to tell water from tundra this time of year at 70 degrees north. But the boys have a sixth sense. 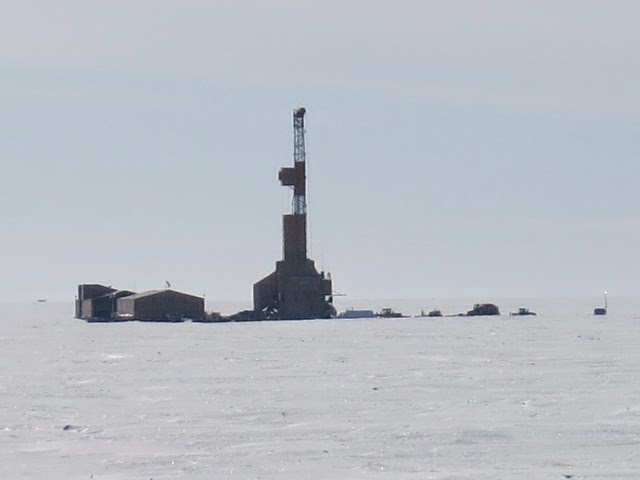 'Tis pretty remote up here. But we never felt lonely so close to Alpine oilfield and it's tundra satellites. 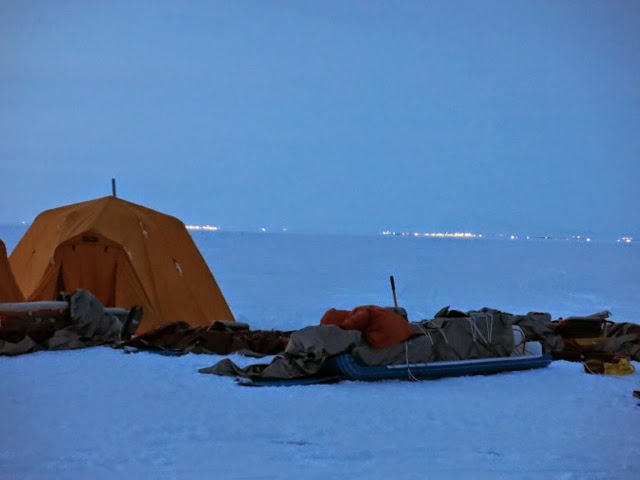 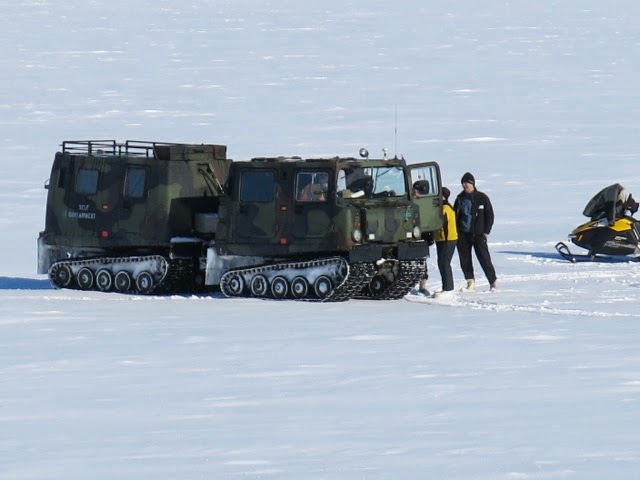 Some visitors rolled in. 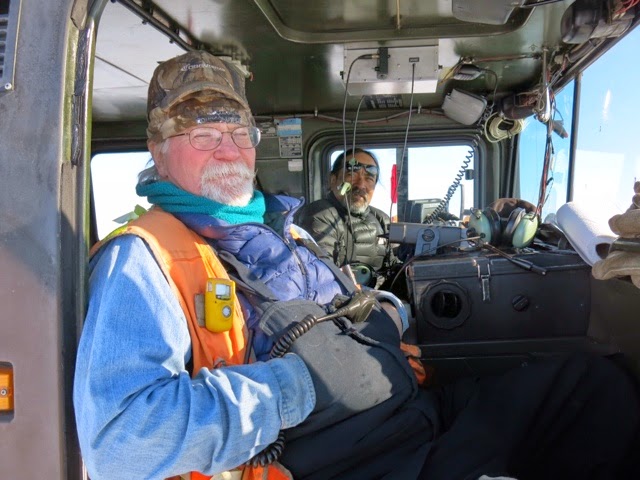 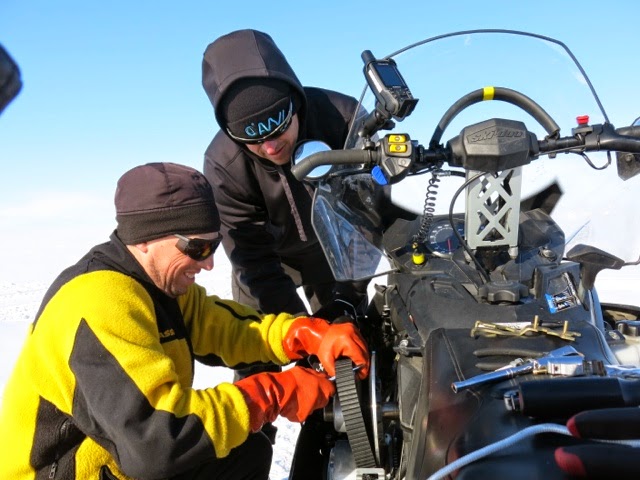 Had another problem with Chris's sno-go. Was unrelated to what Bodey repaired at Umiat. Boys couldn't fix it in the field, so coworkers sent another one by sled from Barrow. Two guys from Barrow delivered the new machine outside our tents at 3 a.m. After some sleep at Nuiqsut, the heroes we never met picked up our dead machine and snowmachined back to Barrow, arriving at 1 a.m. A 300-mile round trip! 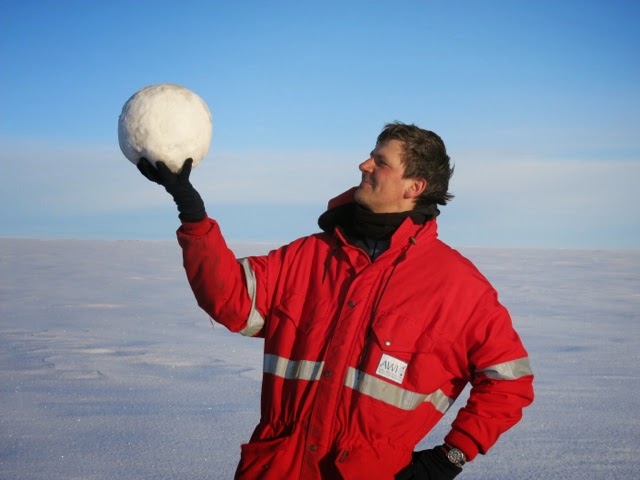 In the meantime, Guido discovered that his bouncing sled makes bowling balls. 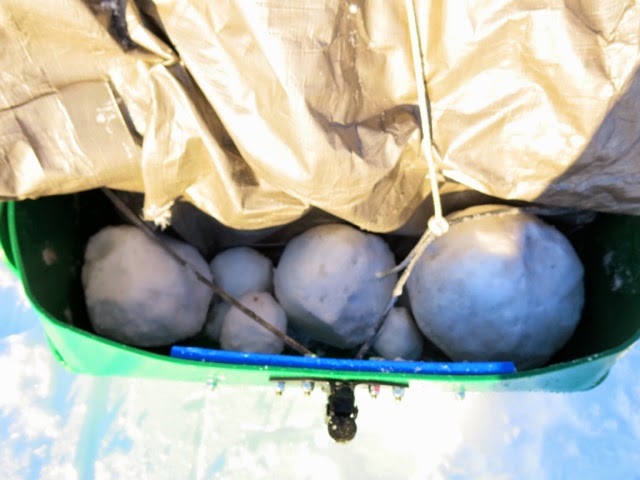 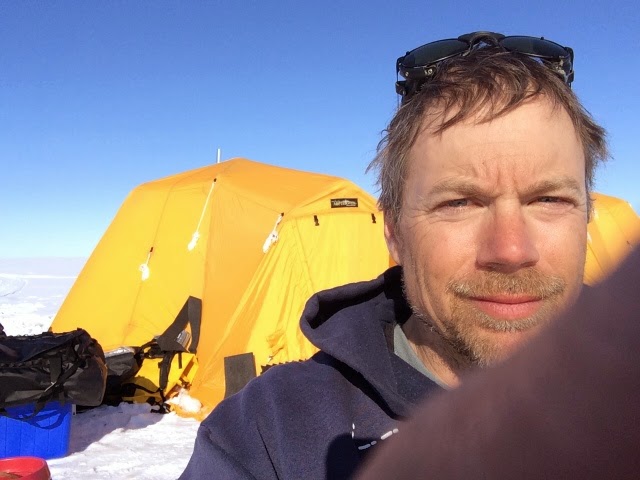 Science writer at work, arctic coastal plain. Blogging by satellite, yet another miracle of our time.
Posted by ned rozell at 9:39 AM